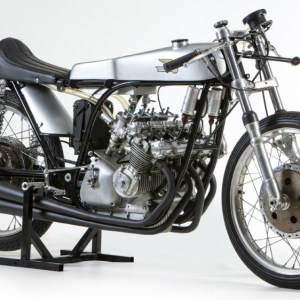 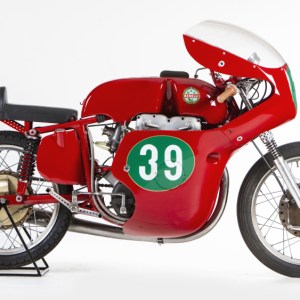 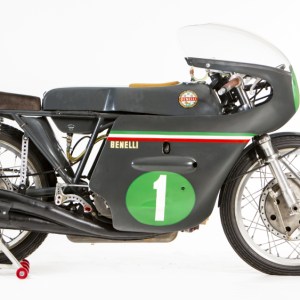 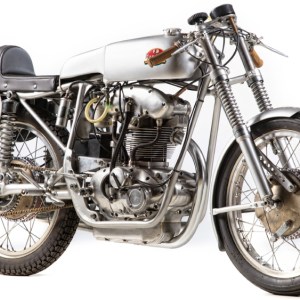 The Spring Stafford Sale will see one of the finest motorcycle lots ever to come up for auction as the late Giancarlo Morbidelli’s museum collection from Pesaro, Italy, goes under the hammer.

Scheduled for June 12-13 at the Staffordshire County Showground in Stafford, UK, the Morbidelli Collection is 200 motorcycles strong and features an incredible array of Italian, British and Japanese racing and production machines. These include many Grand Prix motorcycles Morbidelli himself constructed, as well as a 1989 Honda RC30, 1974 MV Agusta 750S, and 1935 Brough Superior.

“This is an exceptionally rare, once in a generation collection,” Bonhams International Department Director for Collectors’ Motorcycles, Ben Walker, told Robb Report. “Giancarlo Morbidelli spent a lifetime building it and it truly represents the best of Italian motorcycling history—with great names such as Ducati, Benelli and of course Morbidelli—and, indeed, of the world. Collections of this caliber rarely come onto the market and so this sale will be a very special occasion.”

Ben has picked five motorcycles from the Morbidelli Collection he believes will be the ones to watch for on the auction floor. For the full list of motorcycles up for auction, click here.

The late Giancarlo Morbidelli was one of the most prolific racing chassis constructors of the 1970s, his motorcycles winning multiple world championships in the 125cc and 250cc classes.

The racing bug extended to his son, Gianni, who went on to become a podium finisher in Formula One. Giancarlo passed away on February 10, 2020 in Fano, Italy, at the age of 85.

“This ‘unicorn’ Grand Prix motorcycle was created by the firm’s chief engineer, Fabio Taglioni,” says Walker. “It disappeared for some years before its engine was found in Russia while its chassis reappeared in what is now Croatia—and was finally rebuilt by Giancarlo.”

“Apparently used by Silvio Grasseti, this machine was bought from John Surtees, seven-times motorcycling world champion, in the 1980s, then restored by Giancarlo,” says Walker.

“Ridden and signed by two-time world champion Tarquino Provini,” says Walker. “He used it to win the Spanish Grand Prix at Montjuic Park, Barcelona in 1964, the second round of that year’s World Championship.”

“This is believed to be a factory machine which was used in the Italian Seniores Championship in 1955 and 1956 by the likes of (Tarquino) Provini,” says Walker.

“This machine was raced by the great Angel Nieto to second place in that year’s Spanish and German Grand Prix,” Walker says. “It was completely restored in 2006 using all original parts, following which it was tested at Misano, Italy.”