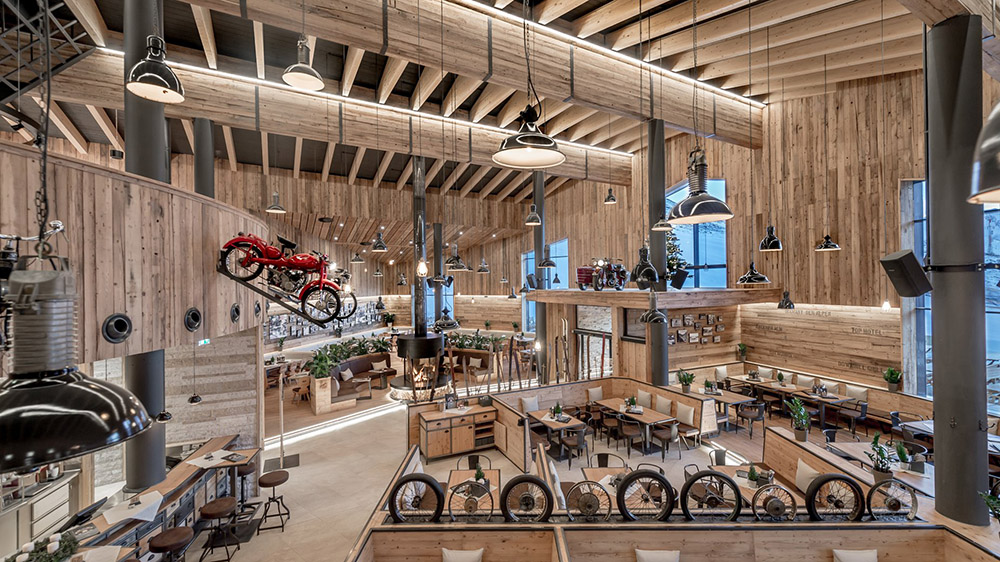 One of the Europe’s most well-known and interesting collections of motorcycles was destroyed earlier this week after the museum that houses it went up in flames.

On Monday, the Top Mountain Crosspoint Museum located in Hochgurgl, Austria, burned down during an early morning fire, reports The Drive. Although not everything was lost in the blaze, most of the of the institution’s multi-million-dollar collection—which included more than 200 motorcycles and a dozen classic cars and vans—was left in ruins.

At around 4:30 am on Monday morning, two staff members on the premises were awakened by the fire alarm, according to Fire World. Their attempts to extinguish the flames were unsuccessful, at which point they called the local fire department. By the time firefighters arrived, the ceiling had caught fire and within two hours the entire wooden structure was ablaze. It would eventually take over 60 firefighters, using water cannons and snow blowers, to finally put the fire out.

Thankfully, no one was reported hurt as a result of the blaze. The museum’s collection, however, did not fare as well. The the total estimate has yet to be assessed, much of the collection is believed to have been destroyed. There are even reports that not a single vehicle survived, though those have yet to be confirmed.

Built at 7,135 feet, near the Austrian-Italian border in the alps, the Top Mountain Crosspoint Museum had the distinction of being the continent’s highest museum since opening its doors in 2016. Its 32,000-square-feet of floor space showcased some 230 motorcycles made by over 100 brands. Among these were standouts like the 1926 Indian Scout 600 Solo, the 1968 Aermacchi Racer and the museum’s January’s Bike of the Month, the 1928 Zündapp Z 200. Complementing these bikes were a number of noteworthy cars and vans, like a vintage Aston Martin DB5 and Alfa Romeo 8C race car.

Top Mountain Crosspoint Museum had been closed since November 3 of last year in accordance with Austria’s Covid-19 restrictions. It had been tentatively scheduled to reopen on January 24.