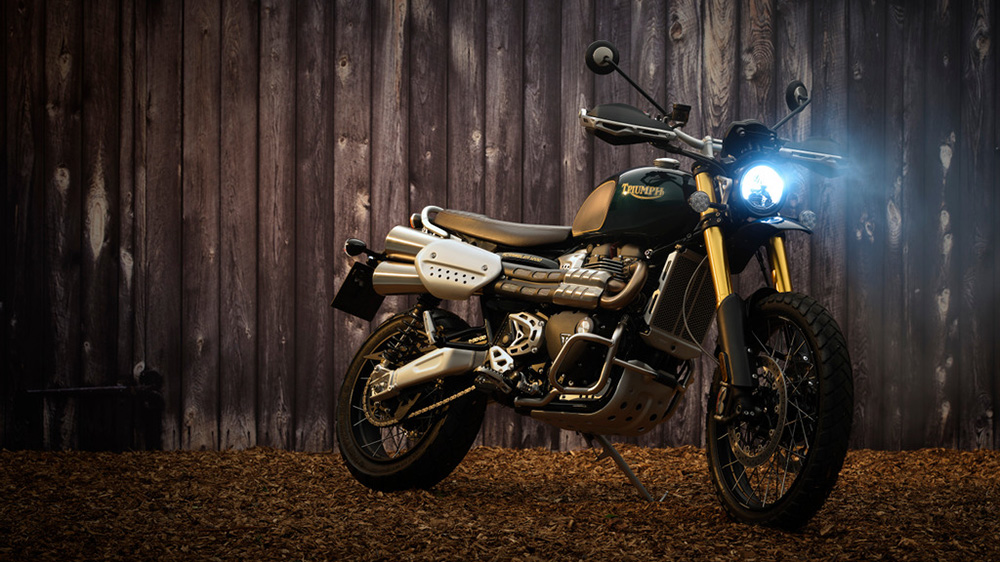 Steve McQueen always had an affinity for Triumph motorcycles. Turns out the feeling was mutual.

The British motorcycle maker has just unveiled a second model inspired by the late actor, the exclusive Scrambler 1200 Steve McQueen Edition. Based on the range-topping XE build of the bike, the limited-edition two-wheeler features a livery and accessories inspired by the Triumph McQueen rode in one of his most iconic films, 1963’s The Great Escape.

Thanks to starring roles in films like Bullit and Le Mans, McQueen’s love of speed is well known among cinephiles and gearheads alike. This passion wasn’t just limited to four wheels, though. The actor was also a big fan of motorcycles, especially his beloved 1938 Triumph 5T Speed Twin 500. He also rode one of the brand’s TR6s in The Great Escape’s memorable jump scene, a stunt that is still considered one of the best ever captured on camera nearly 60 years later.

What really sets the Steve McQueen Edition apart is its one-of-a-kind paint scheme and accessories. The tank is finished in a rich hue of Competition Green inspired by the famous TR6, with hand-painted gold pin-striping, brushed knee pads and a matching ‘60s-era decal. Other exclusive standard features include color-matched front and rear fenders, a brown leather saddle seat, radiator guard, crash bars and a billet top triple laser-etched with the movie star’s signature and the bike’s serial number.

The rest of the bike is exactly the same as the Scrambler 1200 XE. There’s a reason for this—the top-of-the-line variant is a great bike. It features a liquid-cooled 1,200cc parallel twin engine, six-speed gearbox, tubular steel frame with aluminum cradles, 47mm fully adjustable Showa fork, Öhlins rear suspension with twin springs and Brembo breaks. It’s the kind of bike McQueen himself might have loved.

The Scrambler 1200 Steve McQueen is available now through authorized Triumph dealers. Limited to a production run of just 1,000 units, the bike starts at $16,400, which is just $1,000 more than Scrambler XE’s starting price.

If you’re lucky enough to get your hands on the exclusive two-wheeler, you can pair it with a pair of McQueen’s favorite sunglasses, the just rereleased Persol 714s. Hey, why not spend your summer living like the King of Cool?