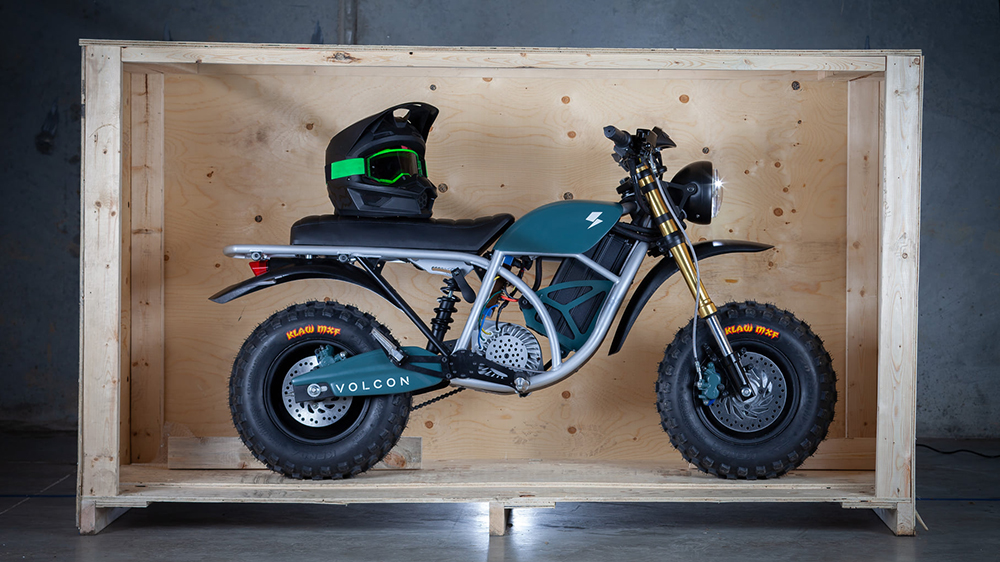 Cute is a word rarely, if ever, associated with dirt bikes. But take one look at Volcon’s new kid-friendly Runt e-motorcycle and it’s hard to think of a better way of describing it.

The company’s latest electric two-wheeler is a pint-sized version of its popular Grunt bike specifically designed for kids. But the e-motorcycle isn’t just adorable looking, it also the perfect way to introduce youngsters to the joys of riding.

With a seat height of 27 inches and tipping the scales at just 180 pounds, the Runt is basically a scaled down version of its full-sized big brother. It’s got the same fork, rear suspension, extended seat, disc brakes and, of course, those big, fat nobby tires—just a bit smaller. Despite this, the single-speed bike is a capable little two-wheeler, with a 60-volt motor and battery setup that can deliver 44 ft lbs of twist and hit a top speed of 35 mph. That’s some serious zip for a bike this size. It can also go 35 miles on a charge, which is more than enough for a day of riding.

The bike also features three ride modes that correspond to the rider’s experience level. Even better for parents, an app will help you monitor the bike’s location and status, set a geo-fencing perimeter and receive tip-over warnings.

“With the addition of the Runt, the entire family can experience off-road powersports adventures through Volcon’s two and four-wheeled models,” said CEO Andrew Leisner. “The no-clutch, single-speed, electric powertrain is easier for young riders to learn and the new app-based controls will give parents the ability to monitor their children and regulate the power of the motorcycle.”

The Runt is expected to arrive this June and starts at $2,995. You can reserve yours now for $100 through the company’s website. And if you’re worried about your kid outgrowing the bike, don’t: Volcon sells bigger handelbars and seats to ensure it grows alongside them.