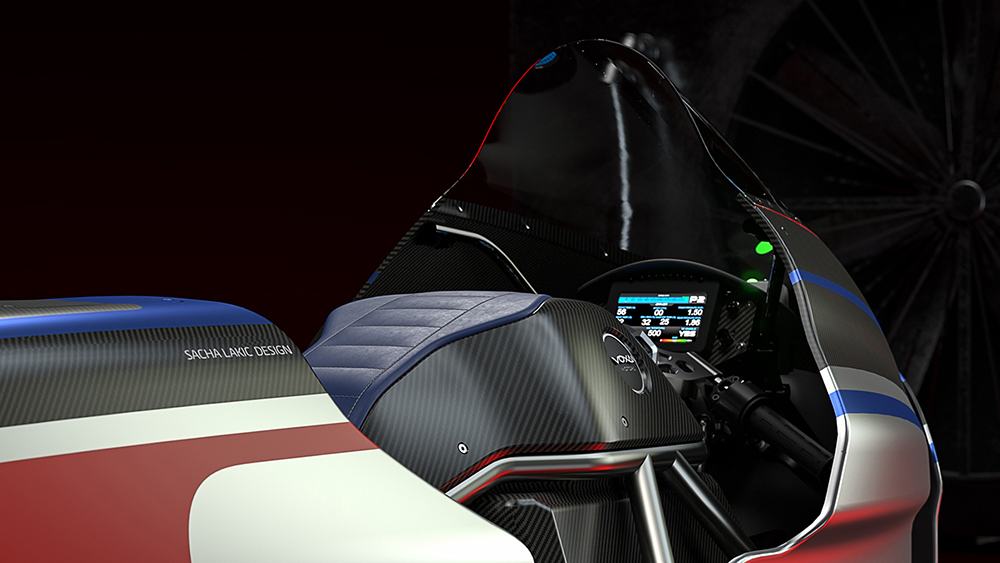 Voxan Motors is setting some seriously high expectations for its latest Wattman. Not only is the French marque humbly calling it “the most extraordinary electric motorcycle ever made,” but it’s also prepping the bike to set a new world record.

This two-wheeler is a high-performance riff on the original, on-road Wattman that was released back in 2013. It’s capable of churning out 204 horses, which the brand is banking will be enough to push it past the 205 mph mark, and set a new land speed record for electric motorcycles. Details about design have been scant, but Voxan has just shared some new pics ahead of the bike’s official reveal on July 1.

The motorcycle was designed at Voxan’s workshops in Monaco, in close collaboration with Venturi North America and the Center for Automotive Research at OSU (Ohio State University), which assembled the battery cells. French automotive designer Sacha Lakic took care of the bike’s styling and paired a sleek, futuristic silhouette and sculpted lines with a striking red, white and blue colorway.

The Wattman went for its first test ride back in March, but its testing program was suspended amid the outbreak of Covid-19. Now that the lockdown has lifted, the R&D team at Voxan is back at it again. Over the coming months, the bike will be put through its paces with computer simulations, wind tunnel tests, and other painstaking trials. The motorcycle’s software will also be refined to determine its pure performance and thermal stability.

All that hard work is leading up to one major event. Next July, the Voxan Wattman will attempt to set a new electric motorcycle speed record on the Salar de Uyuni salt flat in Bolivia. The current record in this category was set by Ryuji Tsuruta, who powered a Mobitec EV-02A to 204.48 mph in 2019.

Thankfully, the Wattman comes from a family of record breakers. Voxan’s parent company, the Venturi Group, has already set a number of world speed records. The most recent was set in 2016 by the “rocket on wheels,” the Venturi VBB-3 (Venturi Buckeye Bullet), which hit 341 mph. It still stands to this day.

To watch the full Voxan Wattman reveal, head to the Venturi website on July 1 at 2 pm CET.