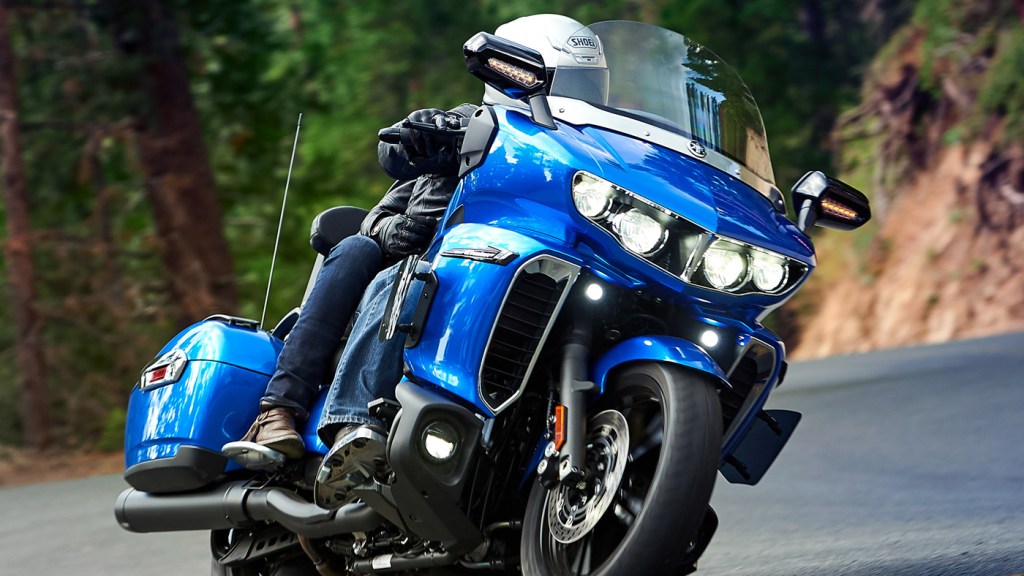 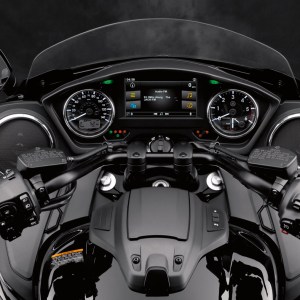 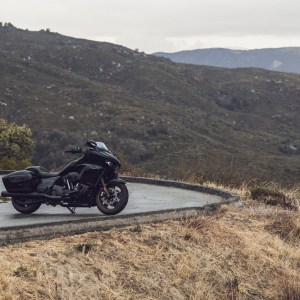 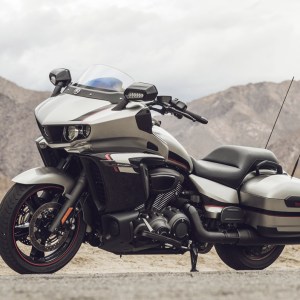 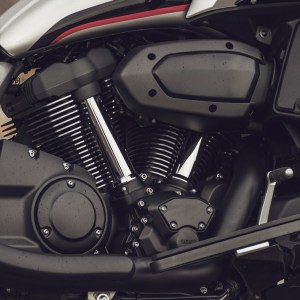 The idea of touring across the United States on a motorcycle that is not a Harley-Davidson seems blasphemous to some. After all, wide expanses between Los Angeles and New York deserve to be experienced with a V-twin thumping away underneath you. But what if Milwaukee’s best isn’t of your ilk? Luckily, Harley-Davidson’s great overseas rival, Yamaha, is here to offer you a worthy alternative in the 2018 Star Eluder and Star Eluder GT.

The Star Eluder is the next of kin to the Star Venture, launched in 2017—under Yamaha’s Transcontinental Touring segment—as the company’s premium mile muncher. A bagger by design and category, the Eluder shares the same motor with the Venture, the 1,854cc air-cooled V-twin. It’s one that Yamaha claims will move a huge 126 ft lbs of torque to the rear tire at a lumbering 2,500 rpm.

Yamaha has put a lot of time into the development of this motor and, if the V-twin is your kind of unit, you’ll be as pleasantly surprised with the Star Eluder as I was during my day with it over the hills east of San Diego. The Yamaha’s massive amount of torque is delivered in a sublimely smooth fashion, thanks in no small part to the fitment of twin counter-balancers and having the motor extensively rubber-mounted in the chassis.

Almost the same machine as the Star Venture, the Eluder has just a few of the former’s creature comforts removed and a touch of attitude added.  Photo by Drew Ruiz, courtesy Yamaha.

The same backbone chassis as the Venture is also utilized; however, concessions have been made to the Eluder’s bodywork, stereo system, and color options—the Eluder getting Impact Blue, Liquid Silver, and Raven (black) color schemes to the Venture’s elegant Raspberry Red and Granite Gray options.

You get two different throttle modes in Touring and Sport, and I suspect that most riders with a few years and miles under their belts will just chose the Sport mode, especially with a passenger and full luggage.

And when totally loaded up with a full gas tank and both side cases packed (the two have a combined capacity of 67.3 liters), the bike has an overall weight of more than 1,000 lbs, as the Star Eluder itself weighs a very hefty 875 lbs. That’s a monumental amount of girth to control, but Yamaha has done well to make it as unintimidating as possible for something so big. The center of gravity is low and the rider and passenger seats ultra-comfortable. Indeed, with a seat height of just 27.6 inches, most riders will be flat footed at the lights without any issues.

The Star Eluder rolls with one of the most comprehensive infotainment systems on the market, housed inside a category-leading seven-inch LCD screen.  Photo by Drew Ruiz, courtesy Yamaha.

Keeping in mind the overall size of the motorcycle, one can’t help but be rather impressed by the Eluder’s cornering prowess. We are not kidding ourselves and saying it’ll handle with any form of sporting ability, but the Eluder offers a ride that is smooth and genteel, thanks to excellent suspension settings, and it doesn’t mind being taken onto twisty backroads normally reserved for much smaller and lighter bikes.

The Eluder experience is enhanced by the fact that the motorcycle gets one of the most comprehensive infotainment systems on the market, housed inside a category-leading seven-inch LCD screen that’s voice activated when you’re plugged in with your helmet’s J&M Audio set up. Pairing your smartphone is also easy, and there’s a USB charging port. Here, however, is where the Star Eluder GT steps in front of the base model with GPS navigation, a CB radio, and the capability of using (with a subscription) SiriusXM satellite radio. But these are all additions which can be installed at purchase of the base model Star Eluder, if so desired.

Optioning up the Star Eluder is a good move since it’s a motorcycle designed for those 500-plus mile days when you’ll want all the bells and whistles Yamaha offers. And Yamaha needs all the bits in its accessory catalogue because the bagger market is extremely competitive. Class stalwarts Harley-Davidson and Indian have tried and tested machines, and they’ve been joined by Honda—with its six-cylinder F6B—and BMW with its excellent K 1600 B (also with six cylinders).

With the Star Eluder, starting at $22,499, Yamaha is definitely keeping the competition close when it comes to the best V-twin bagger for your next journey across this great land.