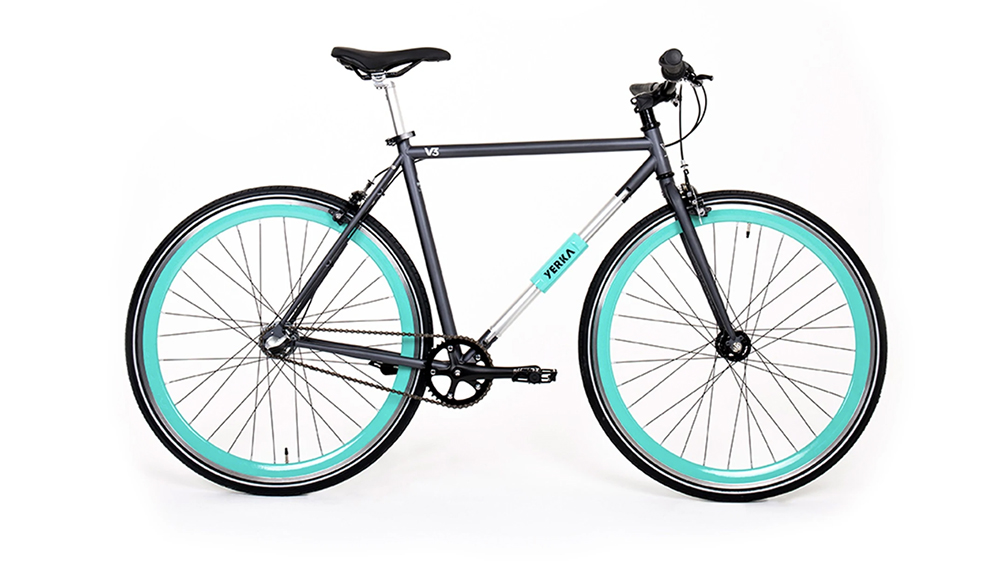 Yerka Bikes wants to make sure you never have to deal with the crushing disappointment of having your bicycle stolen ever again.

The company has just unveiled the third-generation of its theft-proof bicycle. We can understand your skepticism at such bold claim, but it’s hard to steal a bike when the two-wheeler itself is the lock.

A sad fact of living in a city is that bikes get stolen. One is stolen every four minutes in Europe, according to the brand. Sometimes a lock isn’t enough, either. There are few things more frustrating than walking to where your bicycle should be only to find that the chain or U-lock you used to secure it has been sawed through. Doing that to the Yerka V3 means sawing right through the bike’s frame, rendering it, in effect, useless.

The difference between Yerka’s minimalist two-wheeler and other commuter-style models starts with the downtube. Once you find something to lock the bike to—it can be secured to anything up to seven inches wide—you crack open the downtube and pull out the seat post and run it through the tube’s two ends. Insert your key to lock everything into place and just like that, everything is secured. (if you’re worried about this making the bike too heavy, it tips the scales at less than 30 pounds.) And it isn’t some overly involved process—locking and unlocking the bike takes just 15 seconds. That’s not the bike’s only security feature, either. You also won’t have to worry about your tires being stolen. That’s because they feature unique nuts that can only be undone with a special adaptor which comes with the bike.

The Yerka V3’s integrated lock isn’t the only thing that makes it well-suited toward city living. The bike—which comes in three colors: turquoise, gold, black and white—also glows in the dark so you can ride with more peace of mind at night. Both tires feature a thick reflective strip that’s all but impossible for drivers to miss.

Although it initially launched as an IndieGoGo project in the middle of the last decade, you can now order the Yerka V3 directly through the company’s website. It’s comes in two flavors, either single- or three-gear, which cost $699 and $799 respectively.