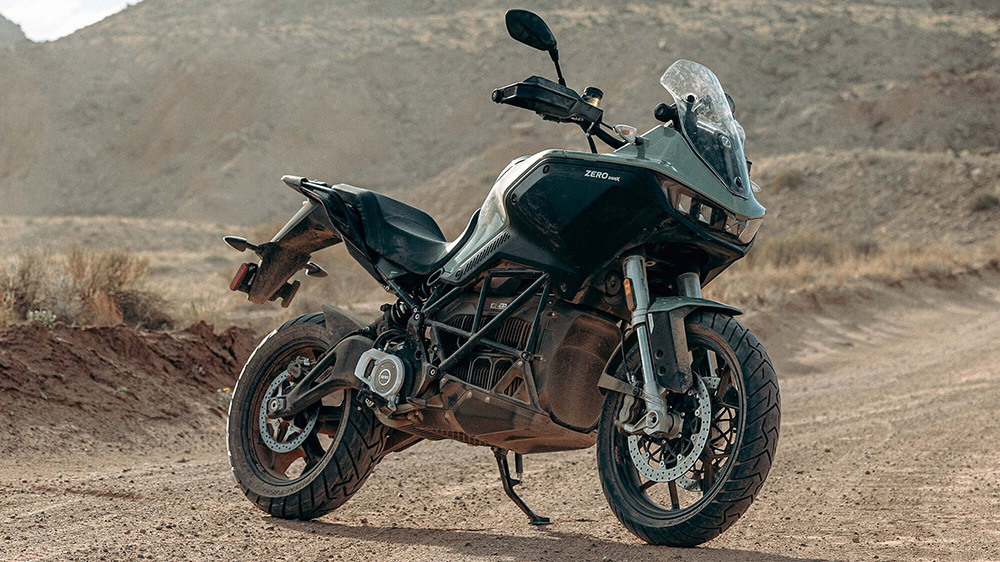 Zero Motorcycles is doing everything it can to make itself the go-to manufacturer for adventurous riders.

The California-based shop has just unveiled the latest member of its model lineup, the DSR/X adventure e-motorcycle. It’s not the first battery-powered bike of its kind, but it’s easily the most capable yet.

Electric motorcycles, like their four-wheel battery-powered counterparts, have surged in popularity in recent years. Despite this, options are extremely limited if you’re in the market for an adventure bike. This could have something with the fact that these two-wheelers need to deliver in terms of both power and efficiency. Sport and street bikes, on the other hand, can focus on one or the other. Manufacturers, including Zero itself, have struggled to develop electric motorcycles that offer both. The DSR/X may change this.

Zero’s latest doesn’t model look radically different from its first adventure bike, the DSR Black Forest. The DSR/X is more streamlined and angular, though, which gives it a more athletic feel than its predecessor. The bulk of the bike is black, but you have a choice of Sage Green or White Pearl for its front cowling and fender. There are also a bunch of adventure accessories available—like an extended windscreen, saddle bags and top box, just to name a few—in case you plan on spending a long time on the road.

The bike is powered by an entirely new Z-Force 75-10X motor that can generate 100 hp and 166 ft lbs of torque and push the bike to a top speed of 112 mph. The brushless motor gets its juice from a 17.3 kWh battery which will allow you to ride for 180 miles in the city, 85 miles on the highway and 134 miles combined on a single charge. Unfortunately, that’s not enough for anything more than a day trip right now. Fortunately, charging is a breeze. It takes 11.6 hours to refill the bike’s battery when connected to a regular outlet, but a Level 2 charger can accomplish the task in two hours. Other features include Zero’s new Cypher III+ operating system, Bosch’s Stability Control suite, a Showa suspension and Pirelli Scorpion Trail II tires.

Looking for an electric adventure motorcycle in the very near future? You’re in luck because Zero is taking reservations for the DSR/X now. Regardless of what color you opt for, pricing for the bike starts at $24,995, making it the brand’s most expensive base model for 2023.