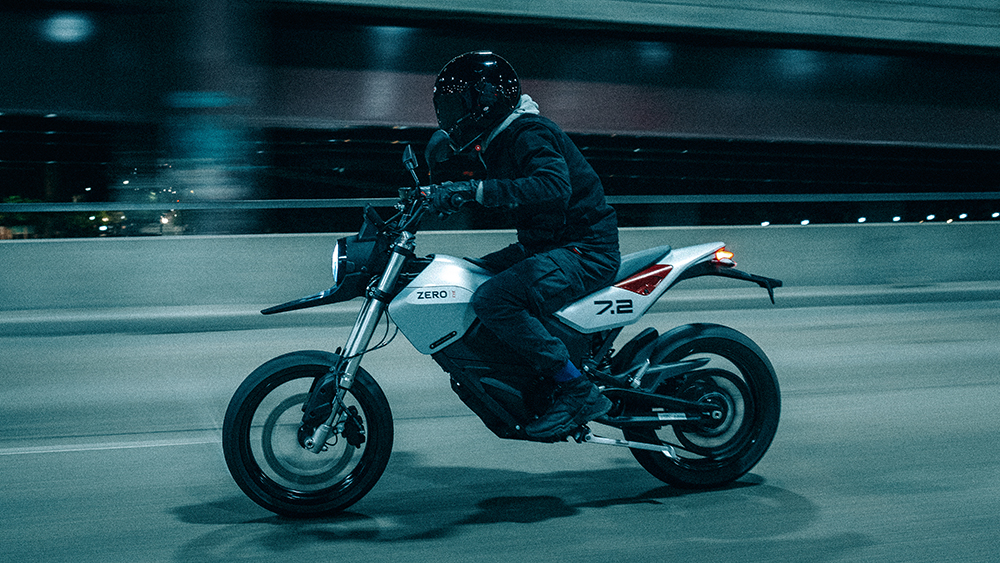 Zero Motorcycles has a knack for creating e-bikes that exude the bad-ass attitude of their gas-guzzling rivals, and its latest two-wheeler is no exception.

The new Zero FXE has a sleek, modern aesthetic that appears to be just as exhilarating as its performance specs. The 15-year-old nameplate collaborated with San Francisco-based firm Huge Design for the motorcycle and says it takes cues from the world of consumer tech.

That’s not to say this thing looks like a gadget, but it does have a distinctive, almost industrial body along with the latest and greatest tech. Think of it as a smaller, battery-powered version of your favorite Honda or Ducati street bike.

“The FXE delivers on the design, technology and ride experience characteristics one expects from the motorcycle of the future,” Zero’s CEO Sam Paschel said in a statement.

In lieu of a traditional combustion engine, the FXE is fitted with Zero’s 75-5 air-cooled, brushless electric motor that can churn out 46 horses and 78 ft lbs of twist. That power coupled with the bike’s light curb weight of 298 pounds allows it to reach 85 mph at full tilt sans noise and emissions.

As for range, the FXE is equipped with a 7.2 kWh Li-ion battery and can cover around 100 city miles on a single charge, according to Zero. Of course, if you plan to open it up on the highway that estimated range drops by almost half. For context, the FXE packs more than twice the range of the new FX but significantly less than the SR/S that’s good for an incredible 201 miles.

The FXE can cover around 100 city miles on a single charge.  Zero Motorcycles

When it comes to instrumentation, the FXE sports a 5-inch TFT touch display where the gauges would usually go and is controlled by Zero’s Cypher II operating system that connects to your phone via Bluetooth. This allows you to control all the bike’s settings with the mere push of a button in the Zero app. Naturally, the FXE also has custom LEDs that give a futuristic feel.

Arguably, the biggest draw is the bike’s price. The 2022 FXE will set you back just $11,795—and, remember, you don’t even have to pay for gas. The new model is expected to roll out next July with preorders open from today. Run, don’t walk, folks.