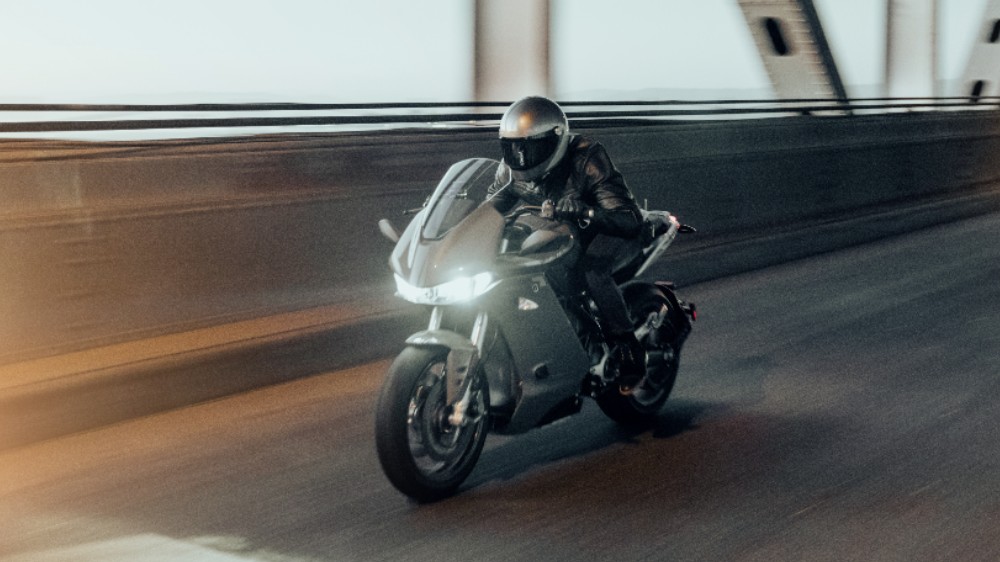 When it comes to electric vehicles, range is just as important as power or speed. After all, what good is going really fast if you’re constantly worried about it running out of juice? California-based motorcycle maker Zero is hoping to quash that worry once and for all with its latest battery-powered bike.

The manufacturer’s latest e-motorcycle, the SR/S, is the next evolutionary step for its flagship SR/F model and features a jaw-dropping city range of 201 miles, according to a press release. For comparison, that’s 40 miles more than its predecessor and 50 miles more than the upcoming Fuell Flow. Of course, to get that impressive range, you’ll have to use the bike’s optional range-extending “Power Tank.” But even without it, the bike will get you 161 miles of city riding per charge, which is none too shabby. For comparison, that range is 40 more than the SR/F model and 50 miles more than that of the upcoming Fuell Flow e-bike.

As with all electric vehicles, the SR/S is less efficient when you’re pushing it to the max on the highway, but the bike’s 103-mile range (82 without the tank) is nothing to shrug off either. And if you’re the type of rider who likes to mix it up, Zero says you should expect to get 136 miles per charge with the power tank (109 miles without).

When you do run out of power, the bike can be charged quickly. The premium model’s 14.4 kWh battery can be refilled from 0 to 95 percent in two hours on a regular charge or as little as one hour with the optional 6 kW “Rapid Charge” option. So, while the bike may not be suited for long-haul riding, those range specs should make it more than adequate for everything else.

Of course, the SR/S has more to offer than long rides. Zero’s latest bike has some serious oomph too, with riders privy to 110 horsepower at the flick of a wrist. While it is 20 lbs heavier than last year’s SR/F at 500 lbs—140 of which is the high-tech engine itself—the bike can still reach a top speed of 124 mph.

Other features include a sportier design, relaxed riding position, the latest Cypher III operating system to handle traction control, braking and charging, along with a digital screen that can show you your trip status.