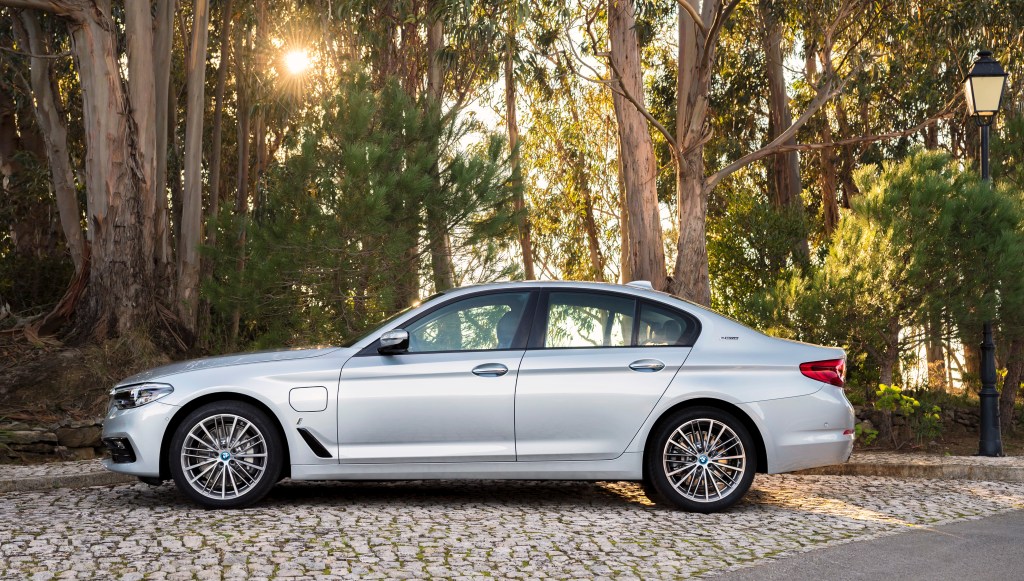 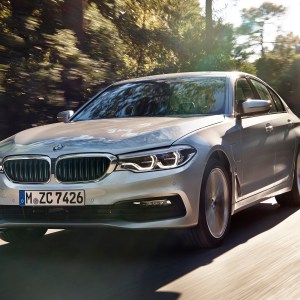 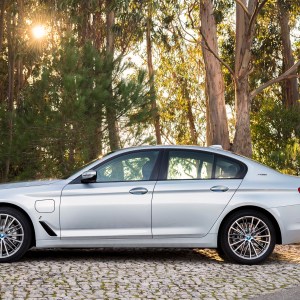 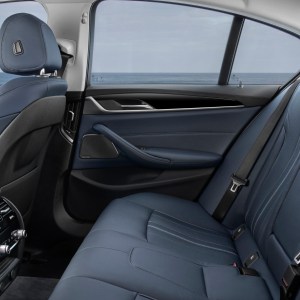 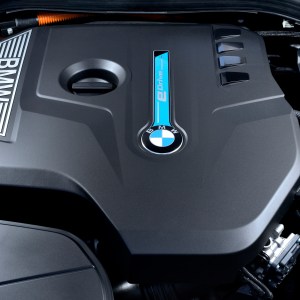 BMW has a lofty goal: It wants to sell more electrified cars than any other luxury brand. To that end, the company has added a new weapon in its plug-in arsenal, the BMW 530e iPerformance.

Borrowing the lower-case “i” from its standalone electric brand (think i8 and i3), BMW has given the 530e iPerformance a plug-in power train that can operate on pure electricity, pure gasoline, or a combination of the two. Based on the newly redesigned 5 series, the 530e exterior is differentiated by bright blue stripes down the slats of the kidney-shaped front grille and blue accents around the BMW logo on the wheel hubs.

On a test drive during a bitter cold Bavarian spring, we drove the all-wheel-drive 530e iPerformance xDrive (from $53,700) on 18-inch winter tires through the Alps in sub-freezing temperatures. BMW engineers have done an admirable job integrating the plug-in architecture into the midsize 5 Series, offering comfortable luxury with a range of driving modes to suit varying terrain. The 530e pairs a 2-liter, 180-hp 4-cylinder gasoline engine with a 95-hp electric motor, good for a total output of 248 hp and 310 ft lbs of torque. Power delivery is smooth and linear, and transitions from electric to gasoline propulsion are imperceptible. BMW claims the 530e can go up to 14 miles strictly on electric power and up to 370 miles overall on one tank of gas. However, as with all electrified cars, mileage can vary depending on driving conditions. Our test car’s efficiency was hampered by the increased rolling resistance of winter tires, the steep terrain, and the cold temperatures.

Next year, BMW says it will be first in the luxury segment to offer wireless charging for its plug-in vehicles. Instead of plugging the car directly into a power source, drivers simply plug in a charging pad that sits on the garage floor (or outside on a driveway). An in-car app instructs drivers how to center the car over the pad, which can then provide a full charge in slightly more than three hours. (bmwusa.com)