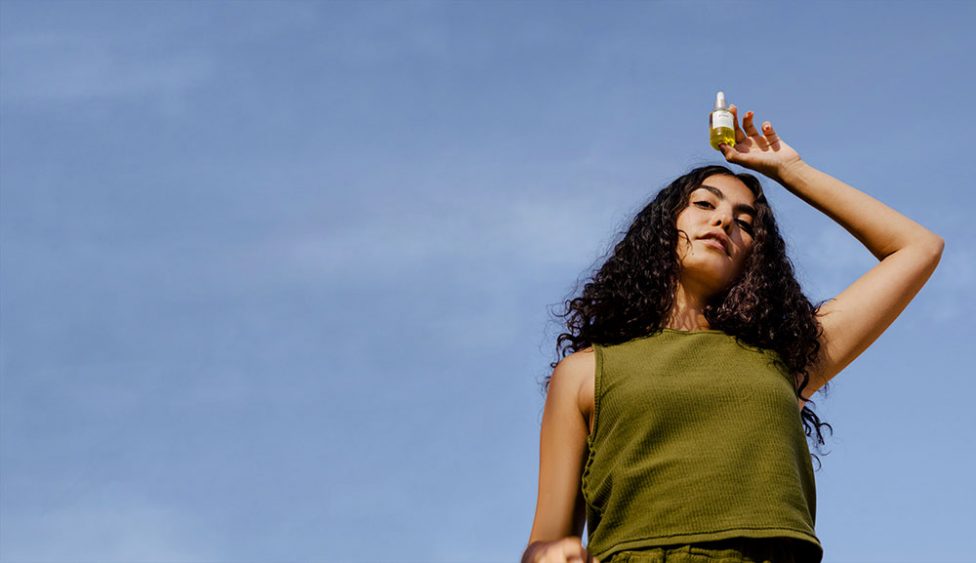 In a few short years, CBD has gone from obscure acronym to near ubiquity. In most major cities, it can easily be procured in everything from tinctures to chocolates and lattes. In my local deli, CBD gummies now occupy prime real estate on the checkout counter next to Altoids and Tic-Tacs. And yet, despite its rapid proliferation, CBD remains something of a mystery. Is it marijuana? Will it make me loopy? What, exactly, does it do?

Enter Prima, a new brand that’s aiming to dissolve the haze surrounding CBD and serve as a trusted purveyor of this much-buzzed-about botanical. It’s a collaboration between Christopher Gavigan, who cofounded the Honest Company with Jessica Alba; Laurel Angelica Myers, who helmed the Honest Company’s brand strategy and product development; and Jessica Assaf, an entrepreneur and activist who’s done grassroots work in the clean beauty industry for the past 10 years. Together, they’ve taken a deep dive into the world of CBD to source the purest, most effective raw ingredients and develop CBD products without a whiff of patchouli-soaked hippiedom. It’s green gone luxe.

To understand what sets Prima apart from deli-variety CBD gummies, it’s important to clarify some basics. Marijuana and hemp are two varieties of cannabis; marijuana varietals have more than 0.3% of THC (a psychoactive molecule that is responsible for the high associated with consuming weed) whereas hemp has less than 0.3% THC, so is not intoxicating. THC is just one of 480 molecules found in cannabis plants; 120 of those are non-psychoactive compounds known as cannabinoids. CBD, or cannabidiol, is one of the most well-known of those 120 cannabinoids. In 1999, the US Department of Health and Human Services received a patent affirming that cannabinoids have antioxidant and neuropathic properties useful in the treatment of a variety of inflammatory, autoimmune and neurodegenerative diseases. Last year, the FDA approved a CBD-based drug for treating epilepsy. In short, CBD’s benefits are not just hype.

“Every mammal has an endocannabinoid system, which is the body’s master regulatory system,” Assaf explains. “Endocannabinoid receptors are present, basically, throughout the body…the brain, the gut, the nervous system. The sole function of the endocannabinoid system is to promote homeostasis, or balance, equilibrium. Cannabinoids supplement our own supply and allow the body to do its job better.” Or as Dr. Yasmine Hurd, a neuroscientist at Mount Sinai and adviser to Prima, recently told The New York Times: “The brain is a symphony. [CBD can] bring the entire symphony into harmony.”

Cannabinoids effectively act as a buttress to the body’s natural defenses, allowing it to better perform functions from combating inflammation to managing anxiety. Daily life and its stresses, both environmental and emotional, wear down our natural tools for coping. Cannabinoids serve as a biochemical assistant, giving the body support so it can better go about its work restoring and rebalancing. “The beautiful, and hard to imagine, thing about the endocannabinoid system is that it’s there to serve you and your needs,” says Gavigan. “It seems too good to be true, and that’s where it can seem like a fantasy snake oil. We’re not saying it’ll cure everything, but it’s one of the body’s tools to help bring you balance.”

That said, not all CBD is created equal. Prima scoured the country to find a reliable source, landing on a multigeneration family of hemp farmers in Oregon. Using their organically grown hemp, Prima utilizes a uniquely gentle, slow extraction process that yields a potent, broad-spectrum blend of CBD and other minor cannabinoids, without compromising the molecules’ integrity. Think of it as the difference between cold-pressed orange juice and pasteurized Minute Maid. That superior hemp extract stars in Prima’s debut range of products: a daily soft-gel supplement, a moisturizer and a nightly facial oil. What the supplement does on an internal level, the cream and oil do for the skin.

“If you think about redness or blemishes, the root cause is imbalance,” Assaf notes. “Science shows that the skin has its own set of endocannabinoid receptors, so cannabinoids help the skin achieve homeostasis.” Indeed, after a day spent gardening under a hot summer sun, my skin was in revolt. Red and irritated, I applied Prima’s Night Magic oil before bed and woke up soothed and hydrated. It certainly worked as effectively as—and faster than—any of the prestige moisturizers in my medicine cabinet, and it felt just as refined.

Prima is notable for elevating CBD-infused goods to sit alongside the toniest health and beauty products, but perhaps what’s most remarkable is the brand’s dedication to educating consumers about this new, uncharted world of cannabinoid wellness. The company’s website includes a digital magazine offering a wealth of knowledge on the science behind cannabinoids, how they interact with the human body, and general health issues that come with life in our current age. As Assaf explains: “If a consumer doesn’t understand what inflammation or anxiety are, how can they begin to understand the endocannabinoid system? It’s our job to provide the pathways so that everyone can have that awakening.” Whether it’s in cleaner skincare or a holistic approach to health, Prima has the answers for using CBD with style.

Netflix Top 10: ‘The Sandman’ Leads with 128 Million Hours Watched, ‘Never Have I Ever’ Season 3 Takes No. 2 Position