Looking for Robb Report UK? Click here to visit our UK site.
×
By Christina Binkley on May 2, 2019 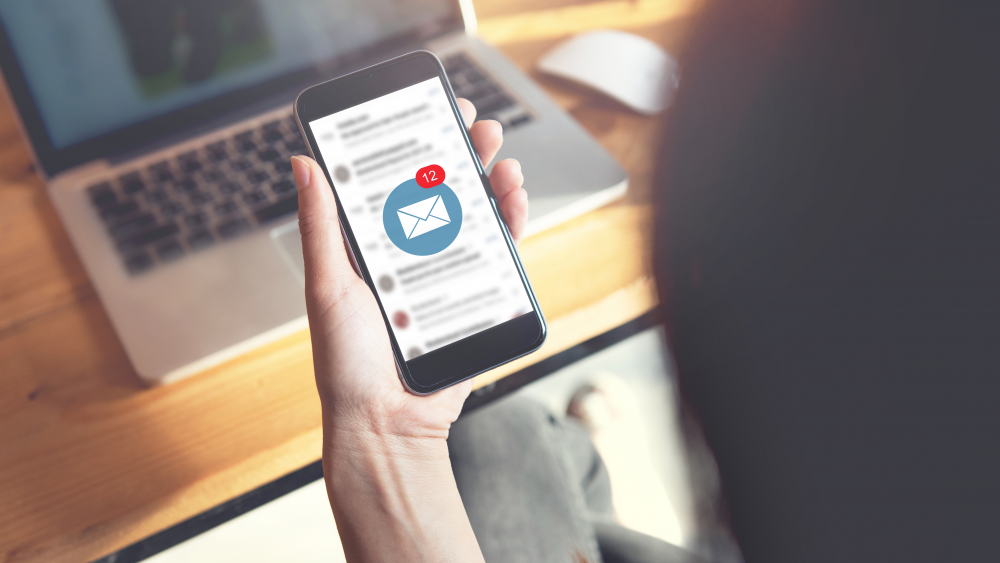 Feeling stressed? Blame it on your email. Researchers have begun issuing health warnings. “Unless we live in unusually extreme situations such as war zones, for example,” a report in Psychology Today noted, “our life doesn’t usually have frequent and sequential stressors thrown at us.” At least it didn’t until 1971, when the Advanced Research Projects Agency Network (ARPANET), a creation of the U.S. Defense Department, sent the first rudimentary email. Had we only known.

Each time you decide to check your email, your body responds with a fight-or-flight response that has evolved over millennia. As you reach for your device, your brain anticipates that something may be prowling in your inbox, ready to leap out and pounce. This triggers your body’s built-in alarm system, notifying your adrenal glands to make more cortisol, your body’s main stress hormone.

Your heart rate and blood pressure rise. Within seconds, you are gloriously prepared to respond to the challenges that lurk within your inbox—a pesky request from a client, a less than stellar sales report, or your interior designer’s estimate for a new marble bathroom.

If you checked email just once a day, the jolt to your system might help you defuse the incoming explosives—because, let’s face it, email is an ingenious system of pushing one person’s responsibilities off onto another. But many of us are inundated with hundreds of emails daily, working in environments that encourage constant monitoring, immediate response and 24-7 engagement. Such exposure sends cortisol levels yo-yoing throughout the day.

“The habits we develop, the emotional reactions we have to messages and the unwritten organizational etiquette around emails combine into a toxic source of stress which could be negatively impacting our productivity and well-being,” said Dr. Richard MacKinnon, a researcher with Britain’s Future Work Centre, after conducting a study of 2,000 workers across a variety of industries that was presented in 2016 with the British Psychological Society.

Another concern—especially, perhaps, for parents of teenagers (or anyone who’s ever been a teen)—the bodily email chain reaction also impacts human emotional intelligence. Psychology Today reports that when the stress response is triggered, the part of our brain that responds with anxiety or fear—the amygdala—takes over. This weakens our ability to use a more evolved part of our brain, the pre-frontal cortex, which allows adults to think logically and make rational choices once they emerge from adolescence.

“Email is one of the prime reasons that people don’t have a life anymore.”  Fitzkes/Shutterstock

Adults in the working world are at risk, too. Last August, researchers at the Pamplin College of Business at Virginia Tech, Pennsylvania’s Lehigh University and Colorado State University called the expectations of the “always on” organization, which includes constant email monitoring outside of regular business hours, an “insidious” threat to the well-being of individuals and their families. They titled their report Killing Me Softly: Electronic Communications Monitoring and Employee and Spouse Well-being.

But stop blaming everyone else. Luis Suarez, a data analytics guru who largely avoids email communications in favor of phone calls, group chats and texting, argues that the way out of this is up to us—or else.

Out-of-office notifications can set boundaries as to when you’re available via email.  Brian A Jackson/Shutterstock

“Email is one of the prime reasons that people don’t have a life anymore,” says Suarez, who gave up nearly all email communications a decade ago and says his sense of overload disappeared as his inbox shrank to a few handfuls a week. “I’m much more productive,” he says (via a Skype call). “I go on holidays and there’s no email waiting for me. I have regained my life.”

Health researchers argue that practicing mindfulness can help as well. In other words, have a mindful willingness to walk away, forget the FOMO (fear of missing out) and let it go. Over time, people will learn that there are better ways to communicate with you.

The sight of an overall inbox can trigger a fight-or-flight alarm system from your body.  Marie Maerz/Shutterstock

“Email is not the problem; we are,” says Suarez. “It’s how we abuse the system.”

Here are a few best practices to unplug and get your life back.

Turn off push notifications for your accounts. Check for emails periodically— say, two to three times per day. Is it time for your 2 p.m. email check? Take note of how your heart rate and breathing respond.

Tell your coworkers, friends and family that texts or phone calls are the best way to reach you if it’s urgent. Ask them to stop forwarding chain emails from their weird uncle. You’ll find those on social media, thank you.

Set a permanent out-of-office response notifying emailers of rule number two. Be very polite—no one wants to be humiliated by an OOO.

Recognize the “inbox zero” goal for what it is—the modern Sisyphean task. It’s OK if you have 12,436 unread emails. At 30 seconds each, that’s 103 hours added to your productive life— not to mention the savings in your precious cortisol.

Jim Parsons on Why Being a Gay, Aspiring Actor When Ellen DeGeneres Came Out Was ‘F—ing Scary’