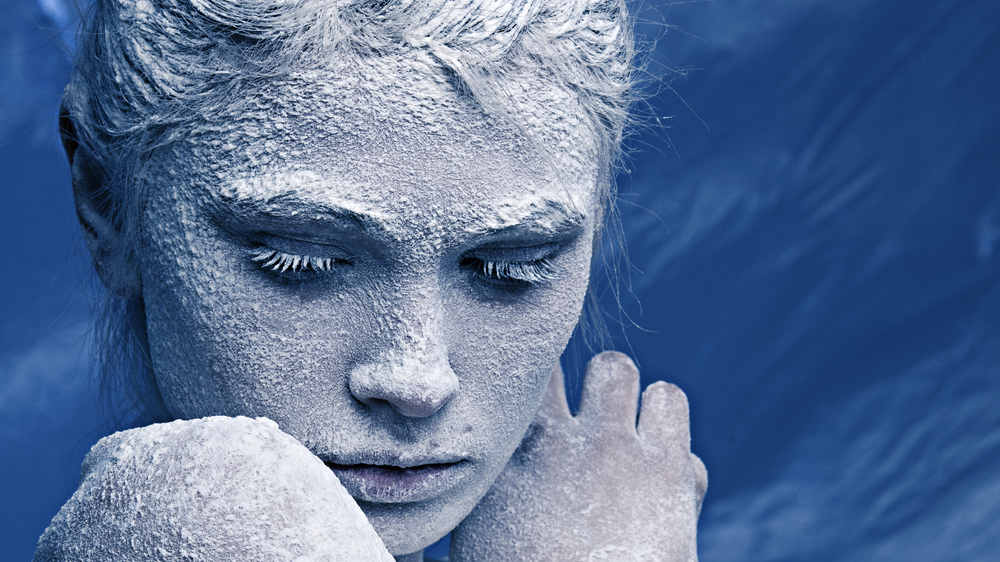 Botox is one of the most popular cosmetic procedures in the United States, but despite its continued popularity to erase fine lines and wrinkles, new technology is bringing the opportunity for similar results, sans needles. Dubbed “Frotox,” it involves the concept of whole-body cryotherapy that has become popular in the wellness world but in smaller doses to the face to work similar magic.

At luxury cryotherapy studio QuickCryo in New York City’s TriBeCa neighborhood, guests can book a Cryo Facial session using the Cryo T-Shock machine, a device that applies -160 degree cryogenically cooled air to your face, increasing blood flow by up to four times the normal average, which in turn reduces signs of aging, evens out complexion, and improves skin tone both long term and immediately by promoting collagen growth. The machine is unique in that it alternates both cryogenic and thermal performances to create thermal shocks from cold and warm, provoking therapeutic benefits that the application of only cold cannot incite.

“It’s a shock to the skin, which in turn increases collagen and elastin at the same time, which is the body’s ability to heal itself,” says QuickCryo founder John Hoekman. “That’s what gets rid of your fine lines and aging due to inflammation. It’s an immediate effect.”

The experience itself is also a hell of a lot more enjoyable than having needles injected in your forehead and subsequently having to hold tiny ice packs to your face to try to stop the formation of bruising, which of course inevitably ends up happening.

With Frotox, you arrive to a spa-like atmosphere at QuickCryo, take 10 minutes to sit at the space’s chic oxygen bar where you’re hooked up with the essential oil-infused oxygen tank of your choice, then you head into a stark white room and take a load off in a cushy chair with a blanket draped over you for warmth. First a gel is applied to your face, next a specialist revs up the machine, moving back and forth, up and down your forehead and onto your cheeks with a device about the size of an apple. It starts as a warm, delightful temperature, then after four to five minutes starts to cool down until it feels almost identical to the feeling of gliding an ice cube over your face. After about 40 minutes—poof, you’re done, and any fine lines have seemingly disappeared.

But the bigger question is, can Frotox really replace your Botox? Hoekman says the facial treatment is actually for both kinds of clients—those who love getting Botox and those who want anti-aging without injecting toxins into the body. For those who already get Botox, Hoekman says Frotox can actually help to increase the lifespan of your Botox injections.

“What I’ve been finding is, because of the impact Frotox has on your face, you can push out the timing between treatments for those who are doing Botox already,” he says. “So instead of getting injections every fourth months, it becomes more like every six or eight months if you incorporate Frotox.”

But for those who want those age-reserving effects without needles, Frotox is a promising alternative. For best results, Hoekman recommends doing it as a series of three treatments one or twice a week, followed by maintenance treatments every few months. Frotox has an immediate tightening effect, but it’s also at work long after you leave the chair. The procedure stimulates collagen and elastin production for a healthier glow and a more youthful appearance in the weeks and months to come.

Sports Power Attorneys Tied to Boehly, Tepper and Others Jump to New Firm

‘The Resident’ Renewed for Season 6 at Fox