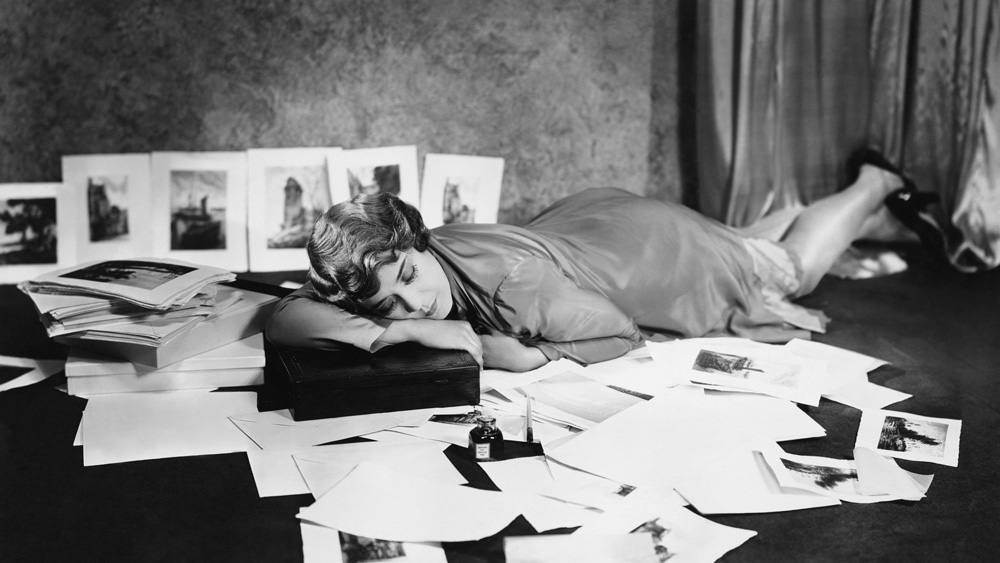 Blame Thomas Edison. Before he invented artificial light, it was a lot easier to obey the schedule set by the sun and the moon. Now we have Las Vegas, Times Square, iPads, video games, and dozens of other screens pockmarking our environment, dumping light into our eyes and keeping us awake long after our ancestors called it a day. Worse, we live in a culture that actively fights sleep and celebrates those who claim to succeed with less. It started with Edison, who scoffed at those who slept eight to 10 hours a night (and who had an economic incentive to scoff). It continues with Elon Musk, who makes headlines when he sleeps on the floor of his Tesla factory instead of at home in his bed, and it continues with Netflix CEO Reed Hastings, who has said, flat-out, that the streaming service he heads is “competing with sleep.”

If you do everything wholesome and healthy but short yourself on sleep, you need a wake-up call. “You name the organ in the body, and I’ll tell you what happens when you’re sleep-deprived,” says Dr. Rajkumar Dasgupta, assistant professor of clinical medicine at Keck School of Medicine at the University of Southern California. “It affects your decision-making, your memory, your cognition—all the important aspects executives need to have.”

Sleep deprivation also teaches your body that it’s in crisis mode, and it reacts accordingly, hanging onto fat stores even if you faithfully visit the gym. “There was no Netflix five thousand years ago,” says Jennifer L. Martin, Ph.D, associate professor of medicine at the David Geffen School of Medicine at the University of California, Los Angeles, adding, “When you’re sleep-deprived, you don’t recognize your own impairment. It’s part of the reason why you’re more likely to have an accident when you’re sleepy. You’re not making good decisions when you’re sleep-deprived.”

Various studies show that the average adult needs between seven and eight hours of sleep per night in order to function reasonably well the following day (to feel refreshed, you might need more). Getting that much sleep night after night is difficult, but worth the trouble.

“You name the organ in the body,

Getting that seven or eight hours in one continuous lie-down is best. Those who break up their sleep, like the Spanish do with their afternoon siestas, should keep it to two sessions that add up to roughly eight hours, and should sleep less at night because of the nap. Effective naps come in two forms: brief ones, lasting 15 to 20 minutes, or those that last about 90 minutes, which is long enough to complete a rapid eye movement (REM) sleep cycle. Waking up feeling groggy instead of perky is a sign to quit napping and stick to night sleep.

Caffeine and alcohol both undermine restful sleep and should be limited. “Caffeine has a half-life in the range of five hours,” says Dr. Martin. “After five hours, half the caffeine is gone [from your system], and after 10 hours, 75 percent is gone. We work on having less caffeine within 10 hours, and none in five hours [before going to sleep].” Coffee isn’t the only foodstuff that contains caffeine. Tea and chocolate have some, and so do certain coffee-flavored foods. Also, decaf does not mean zero caf—an after-dinner cup could have as much as five percent of the caffeine you’d find in a standard cup of coffee. As for alcohol, “It’s not a good choice as a sleep aid,” Martin says. “It may make you sleep initially, but it can be activating, and can disturb you later.”

Designing a sleep ritual—a set of actions that teaches the body to wind down and prepare to sleep—is key, and those who travel a lot will want to make their rituals as portable as possible. It doesn’t strictly matter what steps comprise a ritual as long as it’s done consistently, and includes deliberately withdrawing from bright light and from activities that encourage staying awake. Putting blue light filters on phones and other favorite screens helps only if they’re not seen as a pass to keep checking Instagram until sleep arrives.  “Just blocking blue light is not enough to optimize sleep hygiene,” says Dr. Dennis Hwang, a pulmonologist affiliated with the Kaiser Permanente Fontana Medical Center and a committee member of the American Academy of Sleep Medicine.

Good sleep depends on a good sleep environment, which Dr. Hwang describes as a list: “One, it’s dark. Two, it’s quiet. Three, no pets—you’d be surprised at how many people don’t do that. Four, it’s cool. You sleep better when it’s cool. All those things are critical.” While some might find they sleep their best with a white noise machine or with bedding made from a specific fabric, the only product that’s critical for every sleeper is a mattress. It doesn’t have to sport a cutting-edge design or be stuffed with hand-plucked phoenix feathers—it just has to be in good repair. “The rule of thumb is mattresses are like tennis shoes for a marathon runner. You don’t want to wait until they’re full of holes to replace them. Treat your mattress the same way,” Dr. Dasgupta says.

The toughest sleep-friendly behavior to sustain is picking a bedtime and a wake-up time and honoring them, whether it’s Monday or Saturday, and whether it’s a normal day or a vacation day. Still, it’s worth trying to take away as many obstacles to good sleep as a typically nutty modern schedule allows. “Certain things are hard to change,” Dr. Dasgupta says. “Finding the missing piece of the puzzle and finding a way to address it is a good thing.”