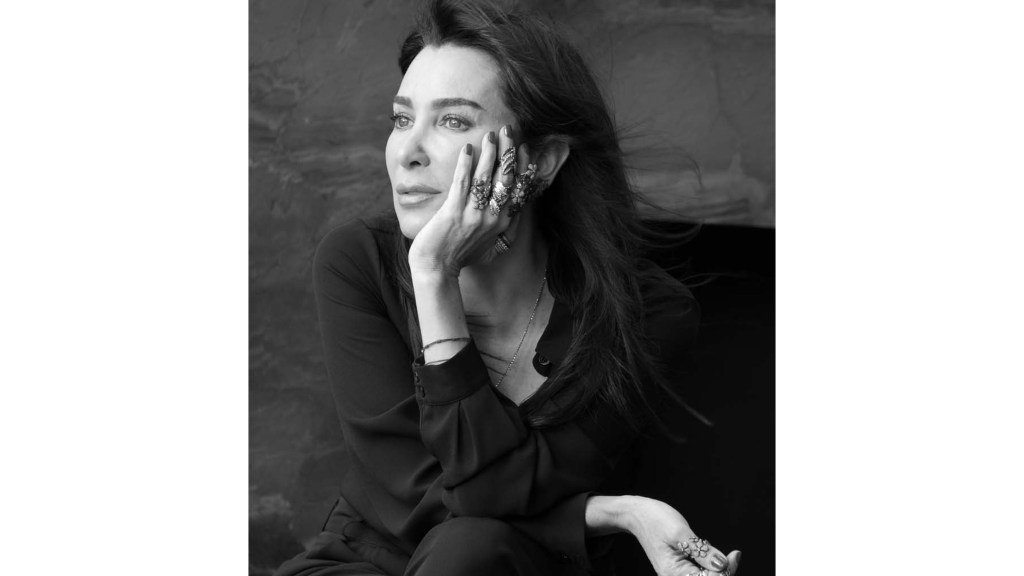 Colette Steckel doesn’t view travel as a means to escape. Every summer the French-Mexican fine jewelry designer decamps to a new location, where she soaks up the local rhythms and dreams up a new collection colored by her experiences and observations of the local gardens and design motifs. “I go to the bones of the place,” says Steckel, who has spent time in—and based collections on—such far-flung destinations as Botswana, Turkey, and Japan. She is speaking to me from Marrakech, where she is wrapping up her latest cultural immersion.

Her flair for deriving inspiration from new surroundings is not limited to the craft for which she is best known (her designs are red-carpet mainstays as seen on Rihanna and Claire Danes). Brushing up against so much beauty around the world inspired her to open Le Glam Bar, a global beauty mecca in Mexico City, where she grew up. Specializing in eyebrow microblading and tweezing, the salon and concept store offers a range of services from facials and hairstyling to upscale beauty products from lines including Goldfaden MD and Uma Oils. “I love beauty because I’m a designer, and when you spend so much time thinking about the design of things, of course you care about how women put themselves together,” Steckel explains in a matter-of-fact tone. When she opened her salon and beauty-goods emporium in the mansion-studded neighborhood of Lomas de Chapultepec seven years ago, there was nothing like it in the city. Then the copycats came, which has only motivated Steckel to work harder to stay ahead of the pack.

Her business is more than a commercial enterprise. Steckel, who now splits her time among Los Angeles, Paris, and Mexico City, is committed to only hiring women in need—be they victims of domestic abuse or unable to feed their children. She explains that the disparity between rich and poor is huge in Mexico City. So, while her business caters to those who occupy the upper echelons of Mexico City society, it employs those who have not been quite as lucky. Steckel is trying to bring a little luck into their lives and give women a means to get off the streets, out of an abusive marriage, or put food on the table. “I speak with the women and decide who would benefit the most from training with me,” she adds. By mentoring her employees, she is empowering them to take care of themselves and their families via a skilled position, giving them a larger range of opportunities for the future.

Clearly, she was onto something: Steckel reports a small staff turnover and massive client demand. In fact, she is gearing up to open two more Le Glam Bars in the city—one of which, Le Glam Kids, will specialize in children’s grooming. “We’ll have manicures and hair styling and colorful bubbles,” she says. “It will be for everyone from newborn to age ten. Then they can come to Le Glam Bar.”