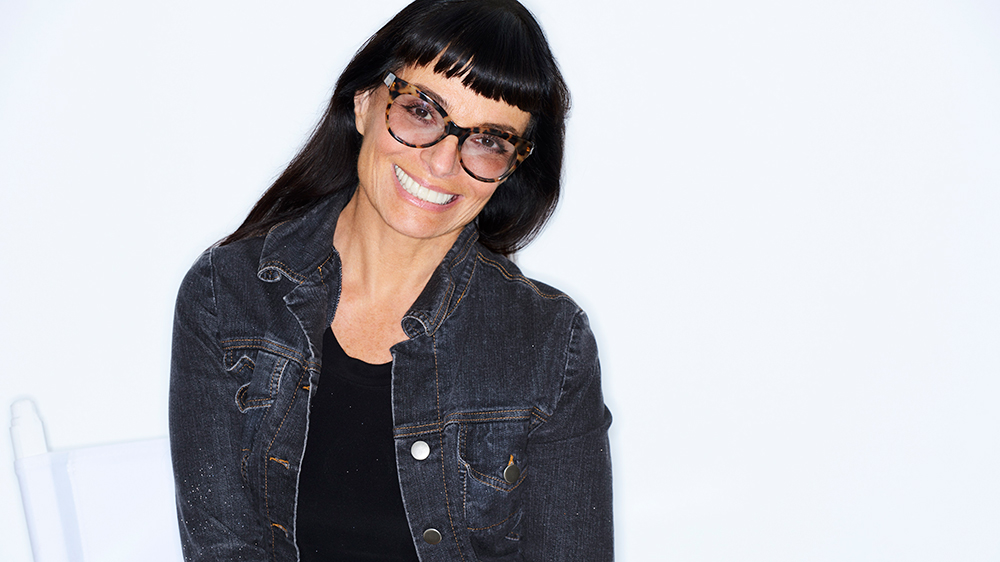 “Pour out more. Slather it all over and lather it. Rub it in harder. Now, what do you think of the smell?”

Norma Kamali is telling me how to wash my hands, something I was pretty sure I knew how to do. Now my hands have turned gray; the substance they’re immersed in is thick, dark and grainy like Starbucks French roast coffee grounds—more dirt than dirt remover. “Get it under your nails, thumbs, everywhere,” the designer-turned-wellness guru explains. “Just go till it turns to a lighter color. It looks like charcoal, doesn’t it?” That’s because it is charcoal.

Welcome to NORMALIFE, Kamali’s first-ever line of skin, beauty and lifestyle products. A set of four six-ounce tubes ranges from $30 to $50 apiece. Kamali describes her proposed ritual in an unusually un-hyped way: “Simple. No magic. I’m not promising anti-aging. When you stop aging, you’re dead. I’m just promising these things work. I’ve been using this concept myself since 1993. The more you use it, the more it works.”

NORMALIFE is the icing on the sugar-free cake of Kamali’s enduring empire. Last year was her 50th in fashion, and her stretch jersey clothes—sold at Neiman Marcus, Ron Robinson, Shopbop, Zappos, Farfetch and her own website—are just as wearable as ever. Swimsuits with bras. High-heeled sneakers. Party clothes cut from parachute cloth. And, of course, her “Flashdance”-inspired collection of gray sweatshirt fabric cut into dresses, skirts and jackets, which introduced the idea of athleisure in 1980, long before Lululemon.

Now the 73-year-old’s reinventing again, this time as the doyenne of dermis. And there’s no better advertisement for Kamali’s work than her own body and skin—50,000 followers pursue her workouts on Instagram. “People always come up to me and ask me about my skin,” says Kamali, appearing even more petite in an overstuffed armchair at the London Hotel in Los Angeles. “I started eating clean, working out and meditating early on. But the truth is, I don’t drink. I never have. And I’ve never done drugs.” To wit, she’s wearing no makeup under her trademark short black bangs and giant, tinted glasses. She’s even wearing her own stretchy jacket, pencil skirt and leggings that are indeed ageless—as long as you look like Kamali herself.

When Kamali started to make clothes in the ‘70s, her then-boyfriend Ian Schrager helped her get clothes on Grace Jones at his club, Studio 54. This led to dressing Bette Midler, Bianca Jagger and Twyla Tharp. Farrah Fawcett flashed the Kamali red maillot in the late ’70s, turning Fawcett—and Kamali—into instant icons. In recent years, she’s outfitted Lady Gaga and Rihanna.

In describing NORMALIFE, she’s utterly committed: “This concept’s inclusive. It’s for men, women, three-year-olds… there’s nothing better than authenticity. It means you can go without makeup. It’s empowering.”

NORMALIFE’s cleanser, Clean ($30), is soap-free and made from charcoal and aloe. “It’s very spa,” says Kamali. “You can rub your feet with it, soak in it. I take it internally for my stomach. A lot of the skin products are also good for your stomach.” Smooth ($50) is an exfoliating cleanser: “It has the same base of charcoal and aloe, but with finely ground olive pits, which don’t scratch your skin. I had to find a jeweler to grind them!” Soft ($40) is an everyday moisturizer that lives up to its name. Glow ($40) is a color enhancer, “the secret sauce, based on tanning. You look like you’ve been at the gym.”

All are now available on Kamali’s website and Instagram, and roll out to Selfridges and Barneys mid-summer. Kamali plans to release a unique fragrance, Scent, sometime after: “a blend of eucalyptus and lavender like you just came from the spa.”

Still, Norma Kamali remains as ethereal as she is practical, and looks at all of her ventures through a prism of consciousness. “I like to ask people, ‘what’s your life’s purpose?’ That’s everything. For me, it’s been helping women feel good about themselves. And the minute I articulated it, it became this commitment. I do believe that if you can articulate it, you can do it.”

Advertising Slowdown Started in 2002, Will Extend Into 2023