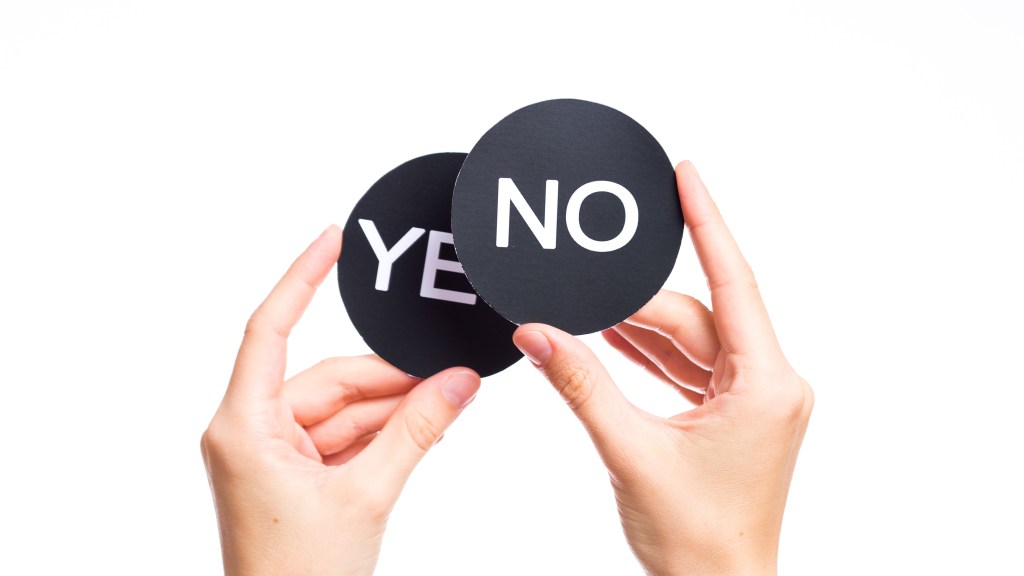 You said it exuberantly when you were two years old. While you may never feel as joyful saying no as an adult, it’s a skill that every effective business person will tell you is critical to their success.

“When you’re a CEO or an entrepreneur, everyone wants your time,” says Elizabeth Grace Saunders, a time management coach and author of How to Invest Your Time Like Money. “You’ll never get to your company’s priorities if you never say no to things.”

Issuing refusals is tougher than it seems, because it goes against behaviors that worked well before. Early career advancements come from saying yes—doing whatever is asked, whenever it’s asked. And women leaders face an extra hurdle when they decline offers. “In our culture, women are socialized to be agreeable, so it’s particularly challenging to say no when it may feel that you’re letting someone down or disappointing them,” says Dorie Clark, adjunct professor at the Fuqua School of Business at Duke University and the author of Entrepreneurial You.

Technology has made saying no harder by eroding the boundaries that separate work and home, forging a culture that encourages us to be forever on call. That lack of boundaries, in and of itself, frustrates the urge to refuse. Either our ‘no’ does not stick, or it makes us look like less of a team player. But there are ways to manage that expectation. “Being constantly on call doesn’t mean saying yes constantly,” says Laura Weldy, an International Coach Federation credentialed life coach who has a degree in sociology and gender and women and sexualities studies.

“In a male-dominated setting, men can be blunt, and that’s fine.

Women can say no, but…in a softer way.

If women are blunt, they’re not heard,

or they’re heard, but they’re judged on how they said it.”

“While ideally, you’ll learn to establish some boundaries and create space for yourself outside of work, you can and should still say no to projects or initiatives that aren’t top priorities to you. This is not about letting people down, but about carefully guarding your time and attention for those things that matter most to your work.”

Learning to say no effectively involves examining the emotions and motivations that come with refusing, and with handling how others react. For example, feeling overwhelmed by the staggering number of things to refuse can be fixed by defining what you should accept. “You have to know what you’re saying yes to,” Saunders says. “You have to have an agenda for your day, your week. Getting things scheduled and in your calendar gives you the clarity to say no, because you know what you’re saying yes to. And you’re going to be way more productive. If you don’t have that clarity, you’re going to spend a lot more time in meetings and answering emails.”

Delivering bad news poses a separate challenge. Often, it means saying no without using the letters ‘n’ or ‘o’. “I say no all the time, and I have a lot of nice ways of saying no,” Saunders says. “If asked, ‘Would you look at this?’ I can say, ‘I’ll take a look.’ I do look, but I don’t follow up. If someone sends me a book, I might say, ‘Oh, that looks interesting.’ There are lots of subtle ways to deflect without saying no.”

The double standard of saying no emerges in the language that’s considered acceptable for men and for women. “In a male-dominated setting, men can be blunt, and that’s fine. Women can say no, but they have to say it in a softer way,” she says. “If women are blunt, they’re not heard, or they’re heard, but they’re judged on how they said it.”

Weldy advocates for clarity nonetheless. “A clear yes or no is the best gift you can give. You model that you value their time, and that leads them to value their time and work as well.” She also recommends having an arsenal of free resources at the ready, such as FAQ pages and favorite podcasts, for the lower-level inquiries that can pile-up.

Even if you hire an assistant to screen the growing pile of petitions and pleas, you’ll never entirely outsource the work of refusing. It’s definitely possible to lighten the load, however. “One female CEO I coached put systems into place to help facilitate her ability to say no,” Clark says. “We worked out a schedule in which she would only take meetings on certain days, and added a few additional hurdles before people could get onto her calendar. Narrowing the amount of time available ensured that she, and her admin, had to ask harder questions about who warranted her time. That enabled her to be far more focused on the big picture strategy issues critical for her company.”

Though you may not fully master this skill, take heart. If you’re wondering if you’re the only leader who struggles with declining requests, the answer is an emphatic no! “I actually haven’t run into any clients who had zero trouble with this,” Clark says. “Everyone I’ve seen has struggled with it, at least a bit.”

Margot Robbie’s Most Stylish Moments Over the Years

Danai Gurira on Starring in Robert O’Hara’s ‘Richard III’: ‘It Should Be a Historical Play, But It’s Actually a Political Thriller’