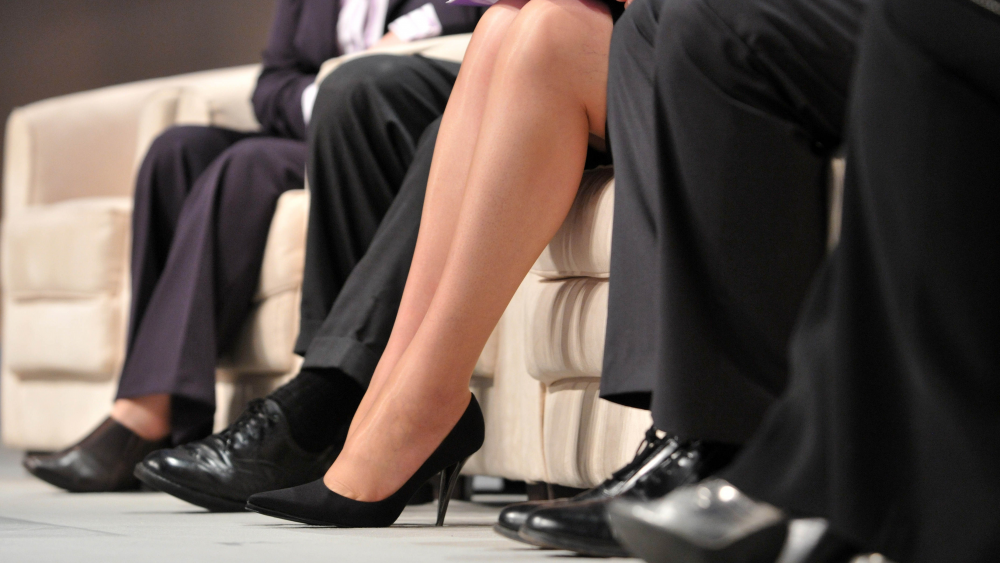 Deborah Calmeyer used to be “that New Yorker.” “I had six-inch Louboutins in every color and carried around flats in my bag,” she says. She was wearing a pair of those heels over a decade ago when she tumbled down a flight of stairs at a Manhattan restaurant, sending her to the hospital for X-rays that revealed a bone chip on her toe. Physical therapy treatments ensued.

It was the kind of injury that urbanites accustomed to narrow stairwells and unexpected street gaps fear, and one that Calmeyer was quick to fix—or so she thought.

Five years ago, she was wearing flesh-colored Louboutin heels during a 20-minute speech at New York’s Norwood Club when her toe gave out. “Those were the shoes that killed me,” she says. They were also the pair that led her on a global search for someone who could fix a pain that had become intolerable—so bad that she could hardly walk a city block in sneakers.

As the founder and CEO of the safari outfitter Roar Africa, Calmeyer travels to Africa five times a year, so she sought help from two different surgeons there, both of whom told her the cartilage between her big toe and her foot had disintegrated, leaving the toe bone to brush up against the foot bone. There was a possible fix with surgery, but she would spend months in a wheelchair and would never be able to wear heels again—a prognosis she might have accepted if she were 70, but she was 40. Two surgeons in New York gave her the same prognosis. She resorted to getting cortisone shots in her toe so that she could wear tiny heels on occasion—an option that proved dangerous and painful in its own right. She became determined to find an alternative to a surgery that would mean wearing flats forever.

That alternative came when an Italian friend suggested she investigate stem cells. After several months of research, Calmeyer discovered Angel Ruíz-Cotorro, a Barcelona-based doctor who had recently treated tennis star Rafael Nadal’s spine with stem cell injections. Ruíz-Cotorro and the doctors at the Institute for Regenerative Medicine (ITRT), a private hospital in Barcelona, have spent the past 17 years performing clinical trials, overseen by the Agency of Medicines and Medical Devices (the Spanish version of the FDA), on the regenerative properties of stem cell injections for osteoarthritis, degenerative disc disease, pseudoarthrosis and osteonecrosis. The difference in the treatment, according to ITRT medical director Robert Soler, comes down to the application of the stem cells. The doctors at ITRT remove cells from bone marrow or fat and fully isolate only the stem cells before cultivating and expanding them in a lab for 23 days. At that point, they are prepared and reinjected into the area of injury or inflammation (commonly treated areas are the knees, hip and ankle) and given time to regenerate into bone, tissue, cartilage or whatever needs mending.

More than 800 patients have been treated at ITRT thus far, and the hospital has become a destination for professional tennis, golf and football stars from all over the world, as well as affluent foreigners willing to pay the out-of-pocket fees (which can range from $17,000 to $90,000, depending on the procedure). The extraction of cells and application requires two visits to the hospital in Spain; follow-up visits can be done via Skype or phone.

Calmeyer proceeded with surgery, followed by six weeks in a medical boot and 18 months in flat shoes, and now she walks—and even skis—pain-free. At her two-year follow-up appointment, her cartilage had regenerated so much that X-rays of her left and right feet looked nearly identical. Despite her remarkable recovery, she hasn’t returned to stilettos—they just don’t hold the same appeal anymore. If she has to opt for heels, they are three inches high, not six, a compromise she is happy with: “Every day of my life is now pain-free,” Calmeyer says. “It’s given me my life back.”