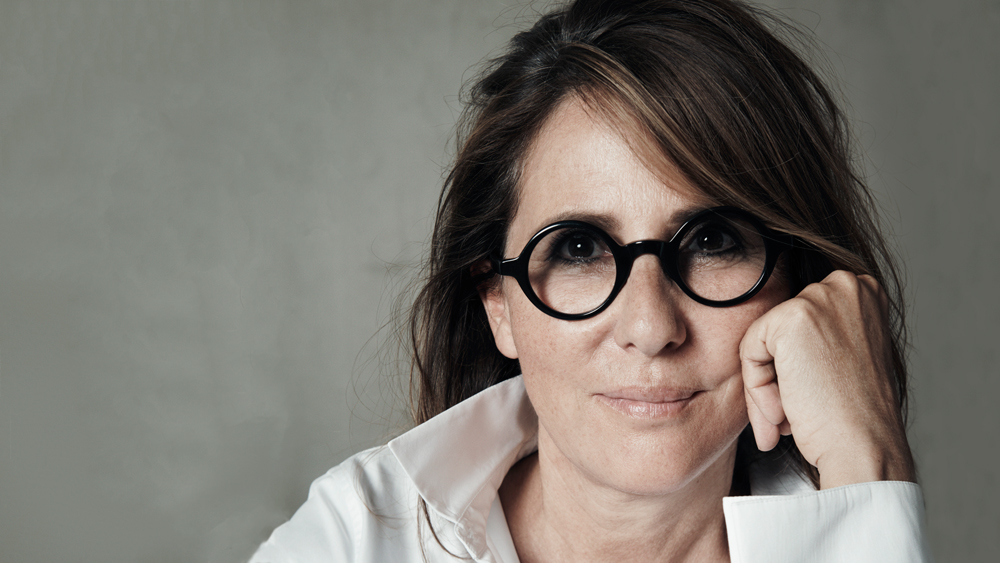 One of the first signs you are falling out of love is that you start to dislike the person’s smell, says perfumer Christine Nagel. “In that way fragrance is really powerful, it rules our lives. It is really important to trust your nose.” She is the architect behind some of the most popular scents of recent years—dreaming up fragrances for Fendi and Versace and creating touchstones like Narciso Rodriguez for Her and Miss Dior Chérie. Perfumes you’ve likely spritzed or sniffed in the ether—the kind of scents that make you wonder what is that woman wearing? when they waft past you on the sidewalk.

As the head perfumer at Hermès—brought in 2014 as the first woman to hold the job since the house’s fragrance department launched in 1951 (the first women’s fragrance was released in 1961), she translates the power of scent for this historic French luxury goods house. And has since created fragrances like Twilly d’Hermès—the brand’s first scent geared towards young women—and Galop D’Hermès, housed in a playful, horseshoe-shaped bottle. To celebrate the release of her latest fragrance, a reimagining of Terre d’Hermès that tones down the original (and best-selling) scent’s most masculine touches in favor of something decidedly more unisex, Muse sat down with Nagel to talk through the business of being one of the top female noses in the world.

How did you get started in the fragrance industry?

I worked in the research laboratory at Firmenich, a perfumery in Switzerland, and met some great perfumers while I was there. I didn’t actually finish my chemistry studies because I fell in love with the craft of perfumers, and dedicated myself to becoming one.

Do you think your background in science gives you a unique perspective on fragrance?

It is not a better background, but it is very different. There are probably only three or four other perfumers in the world that have the same kind of training as I do. I think having that chemist’s state of mind makes me more curious, and makes my curiosity more efficient.

Fragrance (and chemistry) has long been a man’s world, do you think that is changing?

Yes, definitely. Years ago, women weren’t chosen as perfumers. But now it’s the inverse, and even two or three years ago there were actually more women in perfumery school than men. Today, we are seeing more men have an interest in the craft…I hope we’ll reach a balance eventually. I think it will be better when it is even.

Do your fragrances all have a signature?

People often say that my perfumes are all really textured, because of the tactility of the raw materials from the earth that I use in all of them. I am Italian, and I speak with my hands, so I like all things that can be touched, and I incorporate things that can be felt.

But my signature, now, is really the signature of Hermès, because I create all of my perfumes for the house. Each creation has to carry the house’s values.

I must be one of the only perfumers in the world that can practice the craft completely free. It is very personal because Hermès puts all of its trust in its creators—each perfume is really only approved by four people, and I am never told what to do. In that way, it is very fun.

Hermès also has a real history, which is a wonderful playground for me to use to find inspiration. I never can imagine what is going to inspire me next—I just feel it when I discover some new thread of the Hermès story.

What is your favorite fragrance that you have created?

My favorite scent is always the next to come, the one I am currently creating. When the perfumes I create are done, it’s not really mine any more. It’s like it then belongs to all of the people that are touched by it.

What makes a powerful fragrance to you?

I can’t tell what makes a fragrance powerful or emotional, if I had the recipe I would use it all the time, and would be the best perfumer in the world! But that uncertainty is what makes the craft so exciting. Attraction to a scent is really instinctive, it is all about suggestive power, bringing us back to some past memory or creating emotions.

Top of the K-Pops: 10 Up-and-Coming Groups to Know