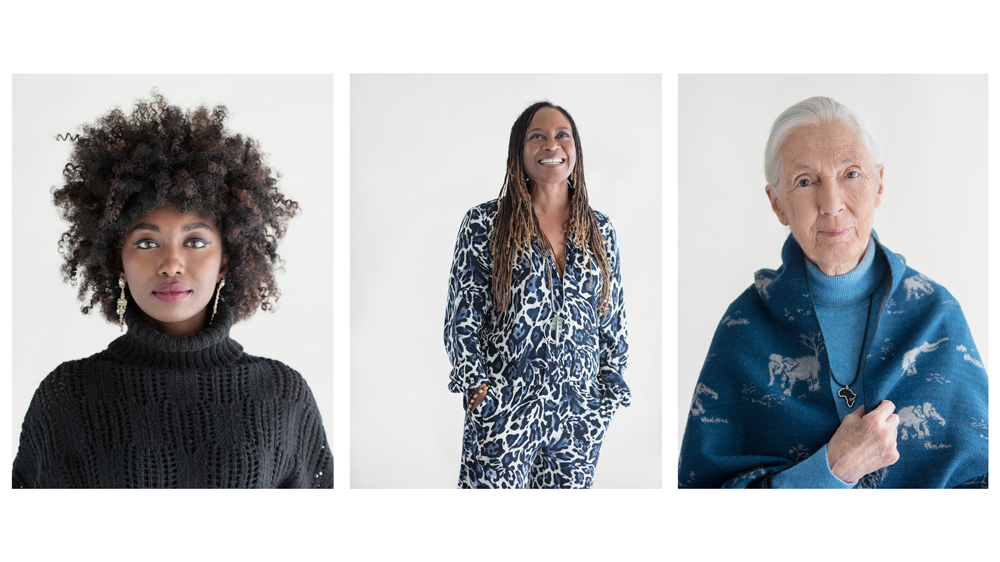 On May 16, 200 Women: Who Will Change the Way You See the World, an immersive exhibition based on Ruth Hobday and Geoff Blackwell’s recently released book of the same name, opens at Pen + Brush on East 22nd Street in New York and runs through June 30. Billed as an international celebration of women, the exhibition shines a light on gender inequality through the stories shared by women from around the world who represent a broad spectrum in terms of their nationality, race, religion, status, and even notoriety. Notable among the artists, activists, and intellectuals are Julie Taymor, Jane Goodall, and Ruth Bader Ginsburg who appear alongside domestic workers and others living on the margins of society. On the eve of the exhibition’s opening, Muse caught up with Blackwell and Hobday, the New Zealand duo behind the show, to discuss their landmark volume and the extraordinary documentary project behind it.

What prompted you to undertake this ambitious project in the first place?

Geoff Blackwell: During a trip to South Africa in early 2016, I met a woman from a township outside Cape Town called Khayelitsha, a place where many of the people that live there do so without power and running water. In talking with her, I found out that she was same age as me, and also had three children precisely the same ages and genders as my own. This unusual common ground led to us talking more, and after some gentle persuasion she told me a little about her life and children, and her greatest hope that they will be able to live lives different from the one she has experienced. She told me a little about her husband abandoning her and her efforts to earn enough money to put her kids through school and hopefully get to university. She hoped to break the poverty cycle and change the course of her family’s life. She has worked six days a week for almost all her life and, despite all she has tried to do, her kids all had to leave school before they were 15. There was deep pain in some of the things she told me, and the extreme contrast with my own life and those of my children was unavoidable.

Her story, told with grace, selflessness, and stoicism deeply affected me and inspired the idea of talking with more women from diverse backgrounds, looking past the context of their lives and focusing on what really matters to them, their happiness and pain, and the things they would like to change. Each of the women were asked five fundamental questions about what is most important to them in their life.

What are you hoping to accomplish through the project?

Ruth Hobday: Gloria Steinem once said that “you can’t empower women without first listening to their stories.” Inspired by that thought we set out to find women with diverse stories, to ask them fundamental questions about what really matters to them, and to really listen to what they had to say. We particularly wanted women in situations or parts of the world where they struggle to be heard or to have a platform. Our biggest hope is that people, women and men, will read, listen, and engage with these pictures and stories, and be as affected and inspired as we have been.

Which came first, the book or the idea for the exhibition?

GB: We imagined both from the start. With my creative partner, Ruth Hobday, and photographer Kieran E. Scott, we worked to produce beautiful portraits and films of each interview so that we could create an extraordinary exhibition as well as an evocative book.

Beyond the exhibition tour, how will you keep the conversation going?

GB: We have such a long way to go to achieve gender equality, and we must get there. Talking and listening is fundamental to this. Our hope is that this book, exhibition, and digital platform will inspire a talking circle where women and men talk about what really matters and truly listen to each other. We plan to enlarge the platform and continue to add interviews with many more women, and to invite a global audience to participate.

Did your perception of women change in any way as a result of the project?

GB: Deeply. Looking into the faces of 200 women around the world and listening to their stories was an enormous privilege and deeply affecting. Many times, I sat there with tears of sadness, anger, and sometimes happiness as I listened to their stories. And my perception is that we men are missing a magnificent opportunity if we trap ourselves in traditions, beliefs, ignorance, and selfishness that perpetuate gender inequality.

What have been the most important takeaways from the project?

RH: As we went along it became very apparent that this is not a book about women’s rights—it’s about human rights—and in order to have a conversation about gender equality, both sexes need to be part of that conversation. And as Geoff has pointed out, ultimately, the most important lesson we have learned in creating this book is that there are no ordinary women, and there is no “us and them.” There’s just us.

BMW was a major sponsor of your project. How did that come about?

GB: While we were filming in Berlin we had the good fortune to be introduced to one of BMW’s most senior executives who understood, and I think empathized deeply, with both the ambition of the project and its importance. She then introduced us to BMW’s chief executive and director of corporate affairs, two men for whom the project also resonated. The rest is history. BMW has been the most sincere and generous partner, and through its support, we are finding a global audience for these women and their stories.

200 Women: Who Will Change the Way You See the World is published by Chronicle Books. The exhibition at Pen+Brush runs through June 30 before traveling to Munich, Germany, where it will be on view at the Alte Bayerische Staatsbank (October 27–November 21) and at the Technical University of Munich (November 28–December 14).