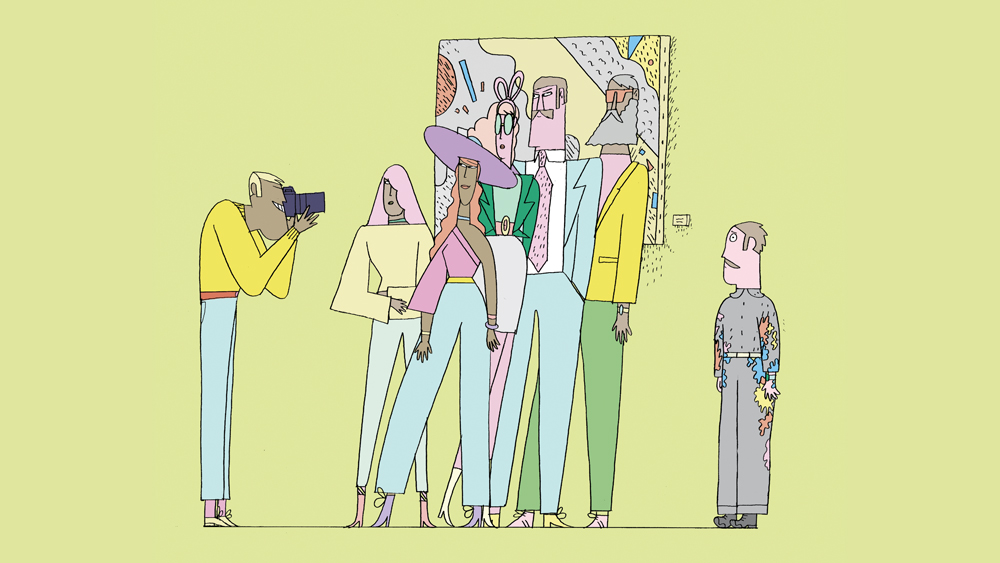 Not all art fairs are created equal. Once upon a time, there was only one fair that mattered: TEFAF, or the European Fine Art Fair, held in Maastricht, Netherlands, every March. Established in 1988, it drew dealers and collectors with interests ranging from antiquities to modern art, and it remains at the forefront today. Now there are more than 250 such fairs all over the world (including two additional TEFAFs, held in New York City in spring and fall), and that number is increasing. Along with Maastricht, three others tower over all the rest—Art Basel, Switzer- land, in June; Frieze, London, in October; and Art Basel, Miami, in December.

Why so many fairs? Because dealers, collectors, and spectators want to be there. Dealers get to meet new clients from all over the world—clients they never would have met in their galleries—and sell. Collectors go to search for treasures and learn what’s happening in the art world—what’s hot and what’s not, what’s selling and what’s not. Spectators get an up-close-and-personal look at how the art world works, have a feast for the eyes, and perhaps rub shoulders with the rich and famous.

When I asked Eli Broad what he’d bought, he replied, “I didn’t come for the art. I came for the parties.”

At art fairs, the action isn’t confined to the convention-center floor, despite the air-kissing, back- slapping, and imbibing of Champagne offered from rolling carts. At night, art fairs become party central. The question asked the next day used to be “what’d you buy yesterday?” Now it’s “what party did you go to last night?” Galleries, luxury-goods companies equipped with models and luminaries, and even the auction houses give lavish dinners and parties that go late into the night.

At one fair, when I asked Eli Broad what he’d bought, he replied, “I didn’t come for the art. I came for the parties.” The billionaire business leader—a longtime collector and perennial fixture at the fairs—was joking, of course, but truth is, he could have stayed home and bought what he wanted other ways. Others do come just to see and be seen; they’re summed up by the title of Everett Shinn’s painting of people in a theater balcony, Those Who Pay to be Seen. But there are art lovers, talented artists, gallerists, and serious collectors out in force, and the size and quality of one’s collection plays a part in establishing a place in the hierarchy.

At a recent gallery dinner at the Basel fair, I overheard two strangers, a German and a Frenchman, talking. The German said he owned a McCarthy, and the Frenchman replied, “I own one, too.” Translated, the reply meant, You had a million dollars to spend, I did, too; you got to the head of the line, so did I. And another subtlety was shared. By revealing that they chose an artist whose works are provocative and difficult to understand, they conveyed the message, I’m one of the very few with the intellect to “get it.” Putting all the pretensions aside, we have to ask if art fairs will continue in their current form. Buying online and at virtual fairs and galleries may change the business completely. For now, however, what’s certain is that attending the fairs is always fascinating. A spectator can have as good a time as a big buyer. You get to see beautiful works, learn a lot, and, if you’re not too tired, mingle with some interesting people at some rather snazzy parties.

Inside the Confusing State of DC, From Huge ‘Joker 2’ Paydays to the Search for Their Kevin Feige