Looking for Robb Report UK? Click here to visit our UK site.
×
By Helena Madden on May 8, 2019 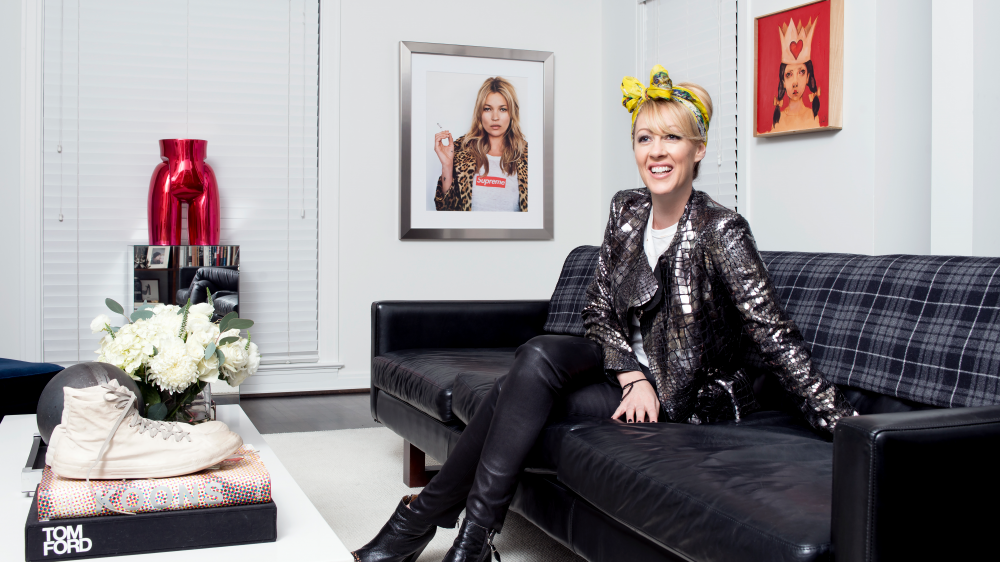 Photo: Courtesy of the Office of Angela Scott

Angela Scott, founder of the eponymous footwear line the Office of Angela Scott

When Angela Scott began her career in construction, things started off on the wrong foot. A project manager at multiple luxury firms, she found herself struggling to keep up with the boys, literally: “I was running around these crazy job sites in a pencil skirt and high heels,” she says. “I felt like I had to look a certain way in order to be taken seriously.”

This “way” generated countless crushed toes and sprained ankles—painful lessons, but ones that planted the seed for Scott’s impending entrepreneurship. A subsequent public relations gig at Neiman Marcus brought the budding designer face-to-face with the world of men’s shoes, most notably the craftsmanship that was lacking in the average pump, sandal or stiletto.

So, in 2012, Scott took matters into her own hands. She founded footwear brand the Office of Angela Scott, with only two members—herself and a female colleague. A scrappy team, but one with a simple mission: to create bespoke shoes via traditional methods derived from men’s footwear, for women. A shoe that would allow women to walk alongside men, rather than run to keep up with them.

To accomplish this, Scott fashioned her footwear in the Goodyear Welt style. This stitches a shoe’s upper (the top portion that covers the toes) to the sole, rather than gluing them, as has become common in women’s shoes. The end product is a much more durable, breathable and sustainable one. Nor are these shiny new shoes limited to female buyers. Men have taken notice as well, as one satisfied customer (Larry, according to his profile) writes regarding a pair of Mr. Smith striped Oxfords on the brand’s website: “I purchased these shoes for my wife. I loved them so much I purchased another pair, larger of course, for me.”

The Miss Madisson Loafer.  Photo: Courtesy of the Office of Angela Scott

Celebrated as the final product may be, Scott’s dream was not without its obstacles. Breaking into the footwear industry presented male-dominated biases similar to her initial stint in construction. Getting male colleagues to take her seriously was difficult, and often she was the only woman in the room.  “I was in one meeting with my driver, who took me to one of the suppliers, and the men in the room would only talk to him,” she recalls. “Not to me. And it was the weirdest thing—I felt like saying, ‘C’mon, my name’s on the shoes, guys!'” But with equal parts persistence and panache Scott prevailed, establishing a business owned, run and funded entirely by women—all against a boys’ club backdrop.

The Miss Button Mid Heel.  Photo: Courtesy of the Office of Angela Scott

Though a difficult journey, Scott aims to smooth the road for those who come after her. The designer does her part to bring members of her team to photoshoots, factory meetings and the like. In her eyes, the larger industry remains starkly male, but by bringing other women to the table, she hopes to one day crack that glass ceiling. Meanwhile, the brand will offer larger shoe sizes as it grows, as taller women often have to scrape the bottom of the barrel (or sale bin) to procure fashionable footwear. “I look at moms, lawyers, doctors—these women are on their feet all day long,” she says. “How can I provide them with comfortable shoes—ones that are fit for what they actually have to do in a day? The workwear industry has changed. It’s not Mad Men anymore.”

But let’s be clear, the brand isn’t out to trash your favorite pair of six-inch stilettos. Rather, Scott and her team look to create alternatives, especially for those whose day-to-day involves traipsing across project sites or sprinting across town to make their next meeting.

The Mr. Holly Zip Strap.  Photo: Courtesy of the Office of Angela Scott

“The name—the Office of Angela Scott—it’s a little nod to my grandfather. He had a space that was ‘his office,’ and when he was in that room, you didn’t go in. That’s where everything happened, and there was a sense of strength there,” Scott concludes. “I want to create a space like that, a collective, for women. It’s a place of empowerment, really.”