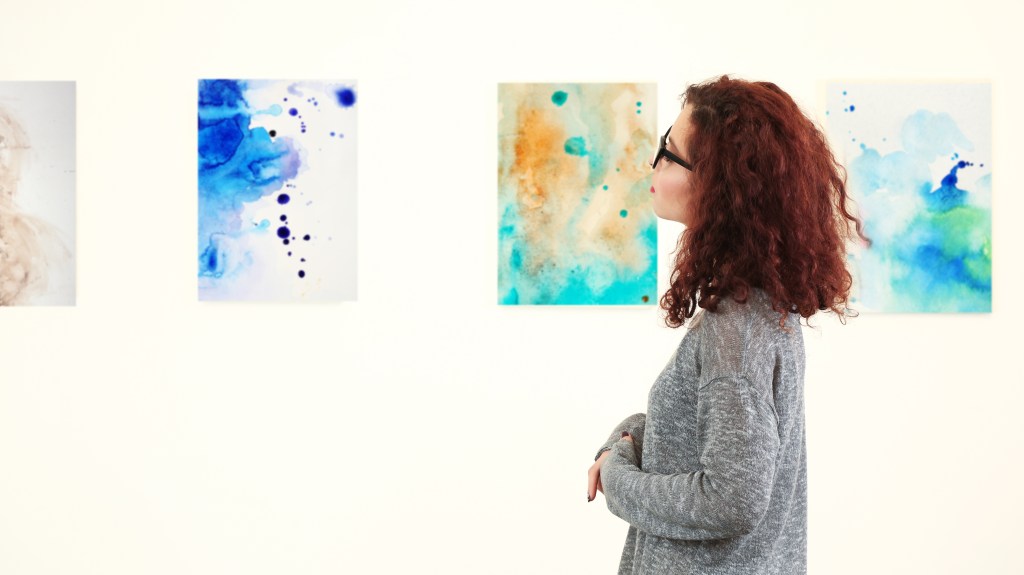 When it comes to how the top one percent spend their fortunes, U.S. Trust knows a thing or two, being one of the largest private wealth-management firms in the United States, if not the world. In an effort to stay attuned to the needs of its clients, the concern carries out an annual survey of the high-net-worth individuals who have entrusted them with managing their money. Among the surprises coming out of its most recent survey on wealth and worth is a major gender shift when it comes to collecting art—traditionally, a decidedly male activity. In 2018, women represent some 36 percent of the collectors they service—a dramatic rise from just 16 percent last year.

To gain more insight into this changing demographic, Muse caught up with Evan Beard who heads up U.S. Trust’s National Arts Services division.

Can you give us a bit of background on how U.S. Trust has gleaned its art-world insights?

U.S. Trust happens to be the largest art lender in the world. We set up our National Arts Services group a few years ago to build out and tailor our client services in this arena. We currently handle four types of business related to the art world. We lend against private collections, mostly to private-equity hedge-fund managers and real-estate principles who are using it to plow capital back into other parts of their financial life. Secondly, we have a team of about five art planners—most of whom are former trust and estate attorneys—who work with collectors, not only on cross-border sales and tax strategies, but also to structure trusts or entities to hold the art, and to make bequests to museums and other cultural institutions—anything related to philanthropic gifting and the setting up of private foundations. A third area of our business is dealing with consignment negotiations at auction houses on behalf of our clients. And lastly, we manage about a hundred museum endowments across the country.

Collectively, our work in these areas has given us a window into the art space. Perhaps more important, we have enough scale to really view the art world as an industry in its own right and be very talent tailored and relevant to both institutional and private collectors.

According to your most recent report, men still account for 64 percent of art buyers. However, they have ceded some of that ground to women. What accounts for this seemingly sudden rise in the number of women collecting art?

Historically, those responsible for building big valuable art collections were almost exclusively men, particularly from the early 20th century on—people such as J.P. Morgan and Henry Huntington. And until recently, it has continued to be dominated by men who are doing financial deals, whether it’s art loans, or sophisticated estate planning, or negotiating deals at auction around their collection. And nearly all have been private-equity, hedge-fund, real-estate, and independent entrepreneurial business owners. Those are the four routes of wealth that drive the art world in the U.S. If you look at the art loans we have on our books—especially from the folks who made their money in these areas in the 1980s and 1990s—95 percent were made to men.

But that is changing largely as a result of a change in wealth distribution and the new opportunities for women.  Women have more control of their financial life than ever, at least in the U.S. where we have found that women are the primary or equal income earner in four out of 10 households; half of them entered their relationships with more assets than their partners. They’re starting to branch out and become more independent in the ways in which they allocate capital and some of that capital is going toward art. Just in the past couple of years, we have been making more art loans to women, which now make up about 15 percent of our loans, and we expect the upward trend to continue.

“Just in the past couple of years, we have been making more art loans to women,

which now make up about 15 percent of our loans,

and we expect the upward trend to continue.”

The report also showed that there is far more interest among women than men when it comes to buying art online.

There is, especially among young female entrepreneurs. They have really taken the lead in using social media, whether it’s on Instagram or via digital sales channels—places like Artsy or Paddle8. These platforms offer the convenience of not having to navigate a lot of the gallery nonsense or deal with the hassle of going to the auction. So, we’re seeing more female collectors onboarding through the digital channel. Not only are they easy entry points to the market but the price points are much lower.

And have you seen them transition from online sales to the auction houses?

Female collectors who are new to the market often come into it for decorative reasons. As they become wealthier, those with the collecting bug really begin to up their game. They’re seeing new artists on Instagram, and they’re following the market more closely. As we’re seeing more females in leadership roles and in industry—entrepreneurs, private-equity executives, real-estate executives, et cetera, who are more independently wealthy or have more control over the financial situation in their marriage, that digital sales channel for art has just become a very easy transition for them. We’re also starting to see them shift over to buying in the online-only sales at Christie’s, Sotheby’s, and Phillips, with some actually venturing into the sale room. Suddenly, they’re coming to us and saying, “Hey, I am really into this. Let’s get serious here.”

Do you see them investing on par with men in the near future?

In terms of value, the current crop of big collectors are still the boys who made it big in the 1980s. As that group transitions away, however, it is clear that we are going to see a lot more gender equity in terms of the financial deal-making in the art world.

Luke Seraphin Appointed as Head of Inclusion at Sky