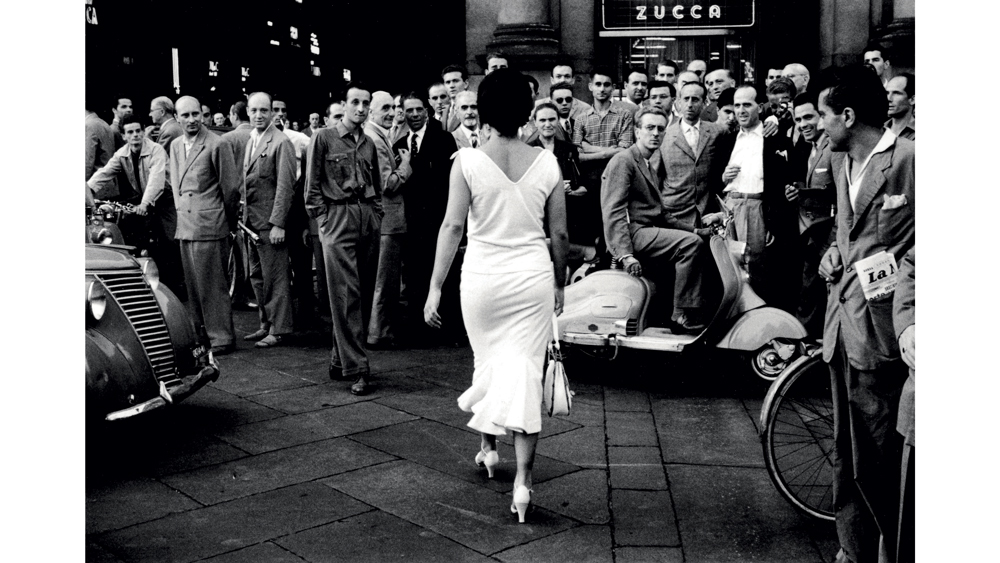 On June 1, 2018, “Between Art & Fashion,” an exhibition of some 200 photographs from the collection of Carla Sozzani opens at the Helmut Newton Foundation in Berlin. Over the past three decades, the noted Milan gallerist and former fashion editor has amassed more than 1,000 images by such luminaries as Annie Leibovitz, Sara Moon, David Bailey, Paolo Roversi, David LaChapelle, Erwin Blumenfeld, and, of course, Helmut Newton. (Since opening her gallery in 1990, Sozzani has presented four solo exhibitions of work by the German Australian photographer, who died at age 83 in 2004.) Muse caught up with Sozzani ahead of the opening of the exhibition—curated by Fabrice Hergott, director of the Museum of Modern Art in Paris—to discuss a few of her favorite images that will be on view through November 18.

“When you work in fashion, photography is naturally so much a part of your life, and, for me, Erwin Blumenfeld’s images have a particular resonance,” says Sozzani of the artist, whose stunning 1952 photograph Le Décolleté, Victoria von Hagen, which was shot for Vogue in New York, is included in the exhibition.

Photo: The Estate of Erwin Blumenfeld

“Lillian Bassman’s image of Suzy Parker for Harper’s Bazaar, New York, was included in one of the first exhibitions at my gallery.” Had it not been for its rediscovery by photo historian Martin Harrison, the image might never have been seen again, says Sozzani, explaining that in 1969, Bassman decided to give up fashion. She destroyed her commercial negatives and put her editorial ones in a suite of bags at her home.

I have always cherished this 1954 photograph by Mario De Biasi, who, until his death in 2013—less than a week before his 90th birthday—never missed an exhibition at the gallery. He gave me this picture as a present.”

Arthur Elgort, a New York photographer who has had a long association with Vogue, came to Portofino with Azzedine Alaïa in the early ’90s, and we spent few days shooting for the magazine.”

Carla Sozzani and Helmut Newton in her Studio, Milano, 1999

When we opened the first Newton exhibition, Ritratti di Donna (Portraits of Women), in 1993, it was an historical moment for the gallery. There was a line around the corner; I never saw so many people waiting to meet Helmut.”

Ukrainian Designers Carry On Despite the Russian Invasion