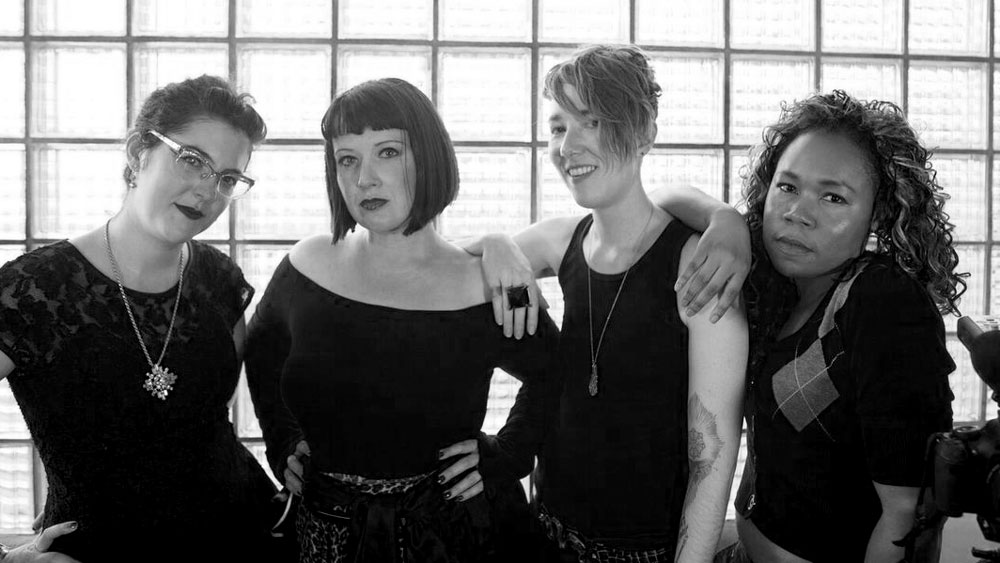 Michelle Kantor wanted “to make films without permission”—or, in other words, bring the work of female filmmakers to the big screen without having to rely on the backing of a traditional movie studio. So, in 2002, while earning her master’s degree at the University of San Francisco, Kantor cofounded the nonprofit Cinefemme, which helps develop female-led projects. “We’re losing a lot by only empowering a certain privileged group of people to use the most powerful medium in our society,” Kantor says. “I think that, as a society and a culture and a world, we need a broader understanding of the multitude of experiences in life that make up our planet.”

Cinefemme’s members are at various points in their careers, from established Emmy-award-winning directors to students fresh out of film school. To have their ventures considered, applicants just need one IMDB credit and be involved in a noncommercial project with a woman in the key creative role. “I’d say 98 percent of our films have a woman director, but for the remaining two percent, it’s a woman producer or writer,” says Kantor, who has served as executive director for the past decade.

“When women directors are empowered to get their stories made,

you have this influx of incredible storytelling and subjects—it’s almost like a new wave.”

In an effort to boost a film’s success, Cinefemme provides tools at each stage of its production—this starts with script notes and can expand out to include access to a crew, discounts for film-equipment rentals, and waiver discounts for festivals. And while Cinefemme does not invest in films outright, it provides a platform to fundraise and is involved in the development process, from preproduction to distribution and exhibition. To date, the nonprofit has unveiled dozens of female-led feature narrative films, shorts, and documentaries.

“It’s hard to, as an independent filmmaker, get your project in front of the right eyes and get it the support it needs,” says Kantor. “We decided that the best route for us would be to create our own ecosystem where we tell the stories we want to, and have the support and structure we need to see them through.”

From the beginning, Cinefemme has had no shortage of interested auteurs. In fact, Kantor mentions that, recently, the organization had to shut down public submissions due to an overwhelming number of applicants—Cinefemme’s current projects are now largely referrals from current members.

“A lot of women directors struggle with finding investors and financiers to back their projects—getting that first feature off the ground can be really tough. We help bolster their success rate to get their films made,” Kantor explains. “We can’t necessarily change a system that’s large and out of our hands, but what we can do is create something that functions in a healthier way—it’s almost like we’re creating an alt studio system, even though we don’t have the money to green light, we have the tools to green light women.”

Below, we list five of Kantor’s favorite female-led films to add to your watchlist this fall.

This short film by Nigerian director Sade Oyinade was released last year and centers on a family of first-generation Nigerian-Americans. It has screened at several film fests in the last few months, including Pan African Film Festival in Los Angeles and the Black International Cinema Berlin.

The Light of the Moon

Released last year, this film—written and directed by Jessica M. Thompson—delves into the true-to-life emotional aftershocks that persist after an assault. “This was crowdfunded…and it went on to win awards at South by Southwest and now the director just got signed by CAA,” Kantor says.

A documentary by Amy Adrion about women directors and the challenges they have faced, this film features interviews with Ava DuVernay, Miranda July, and Jill Soloway, among others. It will be released through Starz in the fall.

Bring Me an Avocado

A film by Maria Mealla (who heads Cinefemme’s San Francisco chapter) that examines the aftermath of one woman’s violent encounter. As the film site explains: “Through the characters in the story, we aim to pull the curtain on the complex behaviors attached to grief but rarely discussed openly.” Set for release this fall.

The Women on the Mother Road

Director Katrina Parks’ documentary centers on the known female narratives surrounding Route 66, including stories of the “Harvey girls,” female waitresses who worked at Harvey House restaurants along the cross-country highway during its heyday. “We’re all told [about Route 66] from a white-male perspective—Steinbeck and Kerouac—so you’re getting these whitewashed male versions of history,” Kantor says. “[Parks] started interviewing [these women] and now has this incredible website and it’s all oral history—video interviews of women who lived and worked and loved on Route 66. It’s kind of a really cool way of re-envisioning how our cultural history is told through different sets of eyes.”

Photographer Dorothea Lange recorded the struggles of migrant families along Route 66. Her stories are featured in “The Women on the Mother Road” project.  Photo: Courtesy The Library of Congress