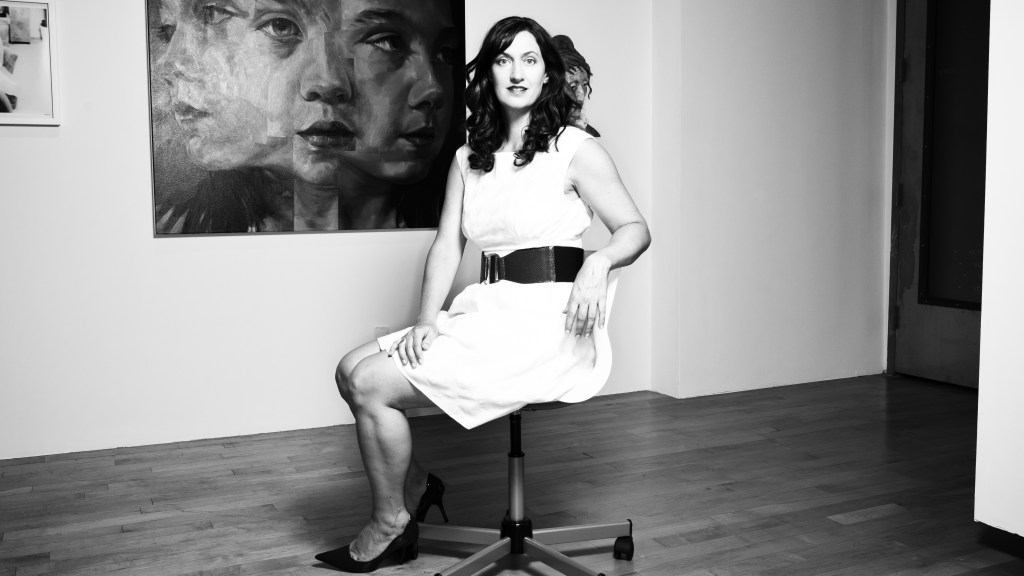 It has been 38 years since 12 prominent art-world women met over dinner at Peng’s Noodle Folk Chinese restaurant in New York City, an event at which the concept for ArtTable—an organization dedicated to fostering female leadership in the visual arts—began to crystalize. In the years since, the select and somewhat secretive society has grown, albeit gradually. Today, ArtTable’s membership roll numbers more than 1,400 nationally, and the organization has launched a suite of initiatives aimed at supporting its members—curators, dealers, educators, art advisors, and museum directors—at all stages of their careers, as well as nurturing the next generation through a robust mentorship program.

What sparked your interest in art?

When I was a kid, I wanted to speak every language on the planet and thought that I would have a career in languages. I had a French teacher in high school who used to teach us about art in French. I learned about art, really for the first time, from my French teacher. When I was learning architectural terms, I was learning them in French. It just seemed so amazing and so interesting. I ended up declaring as a language major when I went to college and then decided to switch to art history. I did a double major in art history and French, with a minor in Japanese because I really loved studying Japanese.

I eventually went on to law school at University of Maryland. It was while I was in law school that I spent a summer working with Diane Gelon, a lawyer in London, who used to work with Judy Chicago in the 1970s. And she really filled in my lack of knowledge of the art world for women artists. Keep in mind that I was in an art history program at a time when they weren’t teaching a lot about women artists. We would be talking in the office and she’d ask, “Do you know so and so?” I’d be like, “No.” She’d be like, “Okay, you’re going to go to this gallery. You’re going to leave early, you’re going to go here at this museum, and tomorrow we’re going to talk about what you saw.” I had this amazing experience working with someone who was taking the time to fill in this gap in my art-history knowledge even though I was in her office as an intern to work in law. It was the most amazing summer, both for art and law. She just really helped me put everything into a bigger perspective and showed me how a law degree would help me no matter what I did. And, I must say, it has, even though I have chosen art over law as a career, the degree has helped me navigate a lot of challenging terrain.

How did you become involved with ArtTable and, as of July 1, come to be its executive director?

I had been on the board of ArtTable for four years, and a member of the organization for eight. When the position opened up, I jumped at it, because in many ways, it is what I’ve been working toward career-wise throughout my life. I love this organization, I love what it does, and I wanted to be a bigger part of it. So much of my background has been in supporting women and girls in leadership roles.

I owned a commercial gallery, Porter Contemporary, for 11 years, which was amazing, but as I’m sure you know, having a commercial gallery is challenging anywhere, especially now in New York. Not long after opening the gallery in 2006, I started a networking group for women—not only in art, but across industries—who got together once a month for dinner and to talk about what they were doing, to discuss issues that were happening in their work life, and to get advice from each other. I confess I started the networking group largely out of enlightened self-interest because I felt like I personally needed the support. After I closed the gallery, I became the executive director of Artist Equity, which is a membership organization for artists.

Beyond the art world, I happen to be involved in other organizations supporting women. For quite a number of years, I have coached girls’ softball every spring. Sports provide a great opportunity for leadership and confidence building. Softball in particular was an important part of my life growing up and I have seen its transformative power—the amazing growth in confidence it instills. I coach 10-year-old girls, and when they first come into the program, they are often nervous, not knowing people, awkward about their abilities. Before you know it, they’re hitting the ball, catching the ball, and become really proud of the fact that they’ve learned something, which is particularly important at that formative age. I’ve also been on the board of the Girl Scouts for quite a number of years.

ArtTable has managed to grow despite having cultivated an image of exclusivity.

The quality of women in this organization is exceptionally high, by design. And, I think in the past, ArtTable has definitely had this mystery about it. You have to have five years’ leadership experience in the arts to join. And I know of women who were like, “Do I have five years?” Counting the days. And you had to have to have two members of ArtTable recommend you. That’s how it was when I joined. I remember asking around trying to find two people. Since you couldn’t access the membership directory, you couldn’t see if there was anyone you knew who could sponsor you. We’ve loosened that latter requirement up a little bit. If you meet the five-year criteria and have had a leadership role in a gallery, museum, or other cultural institution or enterprise, you can become a member by simply reaching out to us. We used to also only review membership applications once a month. Now we’re doing it on a rolling basis. In the past, applicants had to wait a long time to find out if they got in. I would say to interested parties, “Don’t be afraid, just go to our website and click the join button and see what happens.”

Might you tell us about some of ArtTable’s initiatives?

First and foremost, we are a membership organization, so we have a really strong network of women. That’s one of the biggest pluses. It’s a national organization, so people can take advantage of that network when they travel. ArtTable also provides leadership opportunities within the membership—through its various committees, programs, and events.

In 2000, we launched our Diversity Fellowship Program, which was one of the first of its kind, before the Ford Foundation and others embarked on such programs. We’ve been helping diverse students intern at various cultural institutions under the aegis of our ArtTable members. We place a bunch of them each year and they also get the benefits of an ArtTable membership while they’re in their respective internships. It’s really a great program. We actually had drinks with our members last Friday on the Met rooftop and two of our fellows were able to come. People were just crowding around them trying to find out about their experiences.

We’ve also been doing career round tables. It’s all about different stages of women in the arts, different parts of their career, and helping them in each phase of that.

What do you see as the biggest challenges, not only for your organization but for women in the arts in general?

In terms of ArtTable, we want to see not only an increase in membership but also in diversity. We all have seen the reports and the lack of diversity in a lot of organizations, including ours. When I talk about diversity, I don’t just mean cultural, I mean age, I mean everything across the board.

I also think that we want to become more socially engaged as a way to balance what’s happening in the world right now. ArtTable does a lot of programming—perhaps three to five programs a month, whether that’s having an artist speak to members and guests or a panel discussion. We recently had a panel discussion at the New School with female museum directors and the challenges they face. I think going forward, we will be touching on more socially engaging topics, right? Not just visiting an artist’s studio, but maybe an artist who’s involved in some way politically—an activist artist. Having discussions with people who are using art not just as a form of expression, but as a messaging tool is important, particularly now.

20 Years Ago, Michel Majerus Predicted Where Painting Would Be Today. He Was Right.