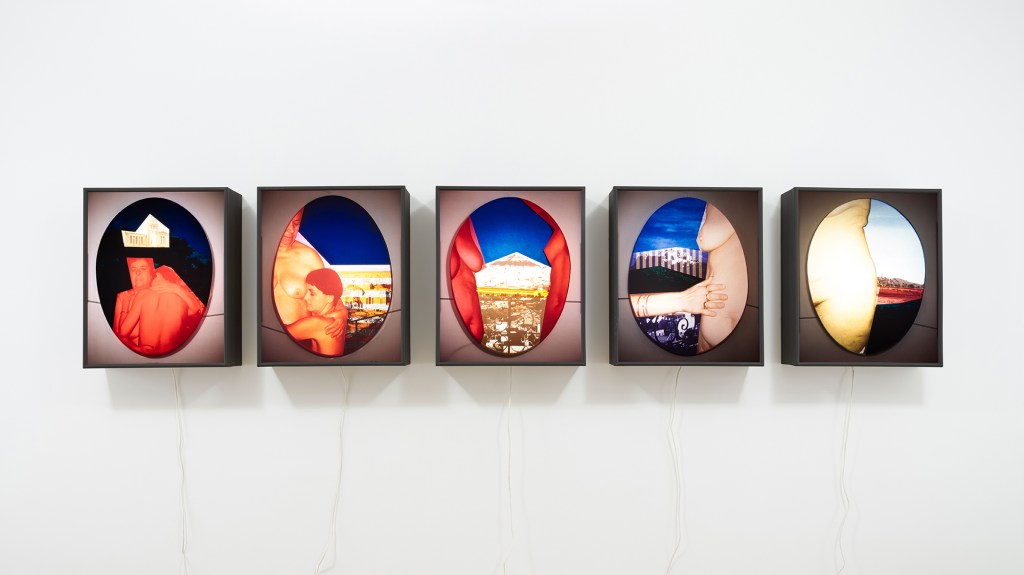 In this age of #MeToo and the emergence of grassroots campaigns such as We Are Not Surprised (WANS), launched in response to sexual harassment that pervades the art world, it is only fitting that feminist issues take center stage at Frieze London, the high-profile contemporary art fair, which runs October 5 to 7. The works of 8 pioneering female artists—Sonia Boyce, Helen Chadwick, Ipek Duben, Tina Keane, Mary Kelly, Faith Ringgold, Nancy Spero, and Berni Searle—will be presented in Social Work, an invitation-only section that highlights political activism in art and the role galleries play in presenting these often provocative and controversial visual statements. Ahead of the fair’s opening, Muse met with the show’s artistic director Jo Stella-Sawicka to discuss radical art in an age where it seems we might be losing ground.

How did the idea for the themed section come about?

In many ways, it seemed to be a natural follow-on to last year’s critically acclaimed Sex Work: Radical Politics & Feminist Art, curated by Alison Gingeras, an art historian specializing in feminist art. And it was a fantastic success, not only curatorially and commercially, but also in terms of contributing to a wider knowledge about a group of artists who were overlooked or marginalized because of the specific content of their work. So, we knew immediately that we wanted to continue thinking about women artists in this section. And, as this year marks the centenary of women getting the vote in the U.K., it’s very much a talking point in this country around women’s representation.

Since joining Frieze in 2011, have you noticed an increase in the visibility of women artists at the fair and in the galleries?

Unfortunately, there has been continued misrepresentation, or under representation of women in the entire art ecosystem. There was a recent report published by the Freeland’s Foundation, which monitors how visible women are not only in commercial galleries, but also in the public sector, in the institutions. The report has some alarming statistics that show women’s visibility in institutions has been on the decline, most notably in solo shows by women, since they published their first report nearly 5 years ago.

How did you select the artists to include in Social Work?

We talked about women, and why women at a certain stage in their artistic careers tend to become disillusioned or overwhelmed by conditions that affect their career development, from having families to caring for elderly parents, and to look into the reasons that their careers have so often been eclipsed by men, namely white males. Over the course of our conversations, we found ourselves focusing on women artists whose work emerged in response to the global social and political schisms of the 1980s and ’90s—and whose work was very activist in its messaging.

Tell us about the artists.

From the U.K., we have Helen Chadwick, whose work challenged the stereotypes of women—their bodies and their domestic responsibilities—and Sonia Boyce, who is a black British performance artist and a founding member of the Black Arts Movement. We also have Tina Keane, who is a pioneering video artist.

From the United States, we have politically-charged works by Nancy Spero that highlight oppression and inequality around the globe, and Irish-American artist Mary Kelly, whose text-based works explore how older women experience the body. Complementing their work is that of African-American artist Faith Ringgold, who has used quilting as her primary artistic medium.

They will be joined by Turkish artist Ipek Duben, whose work focuses on the changing attitudes toward women in Turkey, and Berni Searle, who was one of the first South African artists to come to the fore in the wake of apartheid. She continues to be an intellectual force, teaching the next generation at the University of Cape Town.

In presenting their work, we have an opportunity to really shine the spotlight on how each of them has been able to question the possibility of politics in their respective practices at a time when they were excluded from the mainstream narrative.

A$AP Rocky Charged for Alleged Assault With a Firearm by L.A. District Attorney