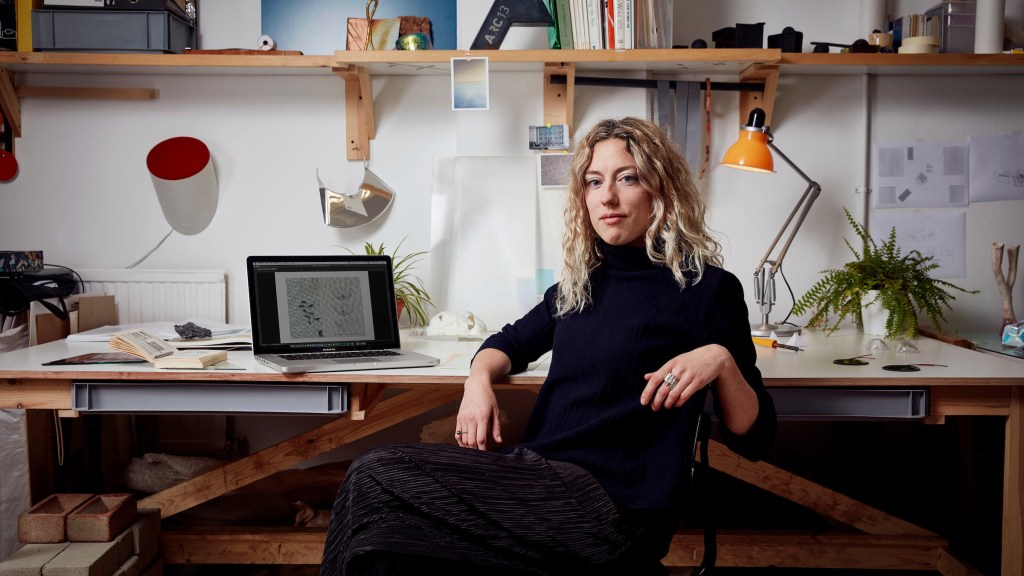 Spring has finally arrived, and we have uncovered the newest products, places and experiences you need to know to kick-off the season. From a London-based, women’s-only tailoring shop to a collection of Instagram-inspired acrylic paintings, here are the next big things on our experts’ lists.

Six Senses has been pushing its admirable agenda of sustainability and wellness since 1995, long before it was the trendy thing to do. Twenty-four years later, the arrival of Six Senses Krabey Island (sixsenses.com)—the brand’s 16th property, which opened in March on an isle off the southern coast of Cambodia—is an evolution of that well- intentioned ethos, where culture and nature brilliantly collide. Just 40 villas are burrowed in the 30-acre island’s jungle, leaving beaches untouched—an unusual move for a tropical resort but one that respects the native landscape—and ensuring enough privacy among the trees for anything: a spa treatment on your terrace, a midnight dip in your infinity pool, an afternoon nap with the doors swung wide open. It’s the Six Senses way, however, to lure you out of the confines of your private oasis, so there’s also forest bathing beneath the banyans, yoga in a rooftop pavilion, authentic fish curry in a tree-house restaurant, and meditation in a cave hidden inside a monastic stone-clad hilltop. Sounds like an agenda we can get on board with.

Tailoring has traditionally been men’s business, but once a woman has a made-to-measure suit—one that enhances her assets and conceals any flaws—she’s quick to recognize why everyone needs a go-to tailor. With that in mind, Daisy Knatchbull (pictured), former communications director at Savile Row tailor Huntsman and great-granddaughter of the 1st Earl Mountbatten of Burma, is launching London’s newest tailoring shop—for ladies only. Slated to open in April on the King’s Road, the Deck (thedecklondon.com) offers just four suit styles, including a single-breasted blazer with straight-leg trousers and a double-breasted blazer with flared pants. The suits ($2,600) are also sold as separates. They can be made in a variety of fabrics and linings, and modified to satisfy any whim. Perhaps you want a power suit (think strong shoulders, nipped at the waist), a bright floral-print lining, or a fancy velvet collar? The choice is yours. —Jemima Sissons

A Designer Takes the Reliable Locket from Memento to Momentous

Jewelry can pack real power. It’s worn, as it has been for centuries, for any number of compelling reasons—to bring good fortune, to signify love and betrothal, to denote authority. So why adorn yourself now, at this particular moment in time? Female empowerment, for starters. With this in mind, women are turning to designer Monica Rich Kosann (monicarichkosann.com) for her 18-karat-gold and sterling-silver lockets, which can be personalized with meaningful words, memes, or images that encourage and inspire. One recent client of Kosann’s had her gold locket inscribed with the words “I win” to celebrate a hard-won divorce.

“There is so much noise out there with social media,” says Kosann, whose New York–based brand offers a range of customizable jewelry. “These lockets are something personal and private, and a reminder of what matters to you.” And if you choose to leave life-affirming words of wisdom out of your locket, more power to you: It’s still a stylish accessory. —Jill Newman

Scrolling through Instagram may be Americans’ number-one method of procrastination, but for artist Gina Beavers, the app has fueled a burst of creativity, the fruits of which are on view in a solo exhibition at MoMA PS1 in Long Island City, New York, through September 2.

Sometimes her themes converge, as in the double take–inducing Burger Eye (2015), a rendering of a closed eye made up to look like a cheeseburger, the lid brown and dotted à la a sesame-seed bun, the lashes green like shredded lettuce. For her PS1 show, Beavers, who recently moved her studio to Newark, New Jersey, painted an image of fingernails, each polished and built up to resemble an ear of corn.

Equal parts realistic, abstract, and surreal, her works engender confusion much the way the internet itself does. Some, such as the self-explanatory Starry Night by Vincent van Gogh as Rendered in Bacon (2016), are downright hilarious. While it’s easy to interpret her van Gogh series as a comment on the commodification of his art, and her Instagram-influenced paintings overall as laments about our current epoch, Beavers does not consider herself a social critic. “I see myself as an observer,” she says. “I don’t think I’m doing any political heavy lifting.” —Julie Belcove

Biologique Recherche Is the Master of Clean Lines

It’s a hazardous world out there, especially for your face. Pollution is wreaking havoc on our skin, but the scientists behind the cult French skincare brand Biologique Recherche are helping to clean things up. The new VIP O2 Anti-Pollution Range (biologiquerecherche.com), an evolution of the company’s popular VIP O2 line, uses super-ingredients like polysaccharides, which create a barrier against UV rays and atmospheric particles, and cotton-stem-cell concentrate, an antioxidant that protects the skin against urban pollutants. In layman’s terms: The line is like a shield, protecting your face, body, and hair down to a microscopic level—a good thing considering many pollutants are 20 times smaller than the size of a single pore. And to stock up, BR loyalists can now head straight to the new Ambassade de la Beauté in West Palm Beach, Fla., the brand’s first spa to open in North America. —Jackie Caradonio

Marjan van Aubel (marjanvanaubel.com) is as much an inventor as she is a designer. At her Amsterdam studio, the Dutch artist, who calls herself a “solar designer,” infuses her furnishings and lighting with sustainable innovations, from newfangled materials (including “foaming wood,” an expanding composite she created by combining recycled timber with a bioresin) to the latest technologies (such as the solar cells she developed with the Energy Research Centre of the Netherlands). But her pieces aren’t just high-tech; they’re nice to look at, too. “Every surface is an opportunity to make solar energy more accessible,” says van Aubel. “It needs to function, but it also needs to have an emotional connection.”

This month, at the Salone del Mobile in Milan, van Aubel will once again combine flawless form and function with new pieces from her Cyanometer collection, which she created for Swarovski after winning the Austrian brand’s Designers of the Future Award in 2017 for her “solar crystal” lighting. Inspired by the 18th-century instrument used to measure the color of the sky, the ring-shaped floor lamps and sconces are an evolution of that concept, further incorporating Swarovski crystals in an intelligent design that is beautiful, bright, and delightfully blue. —Alia Akkam