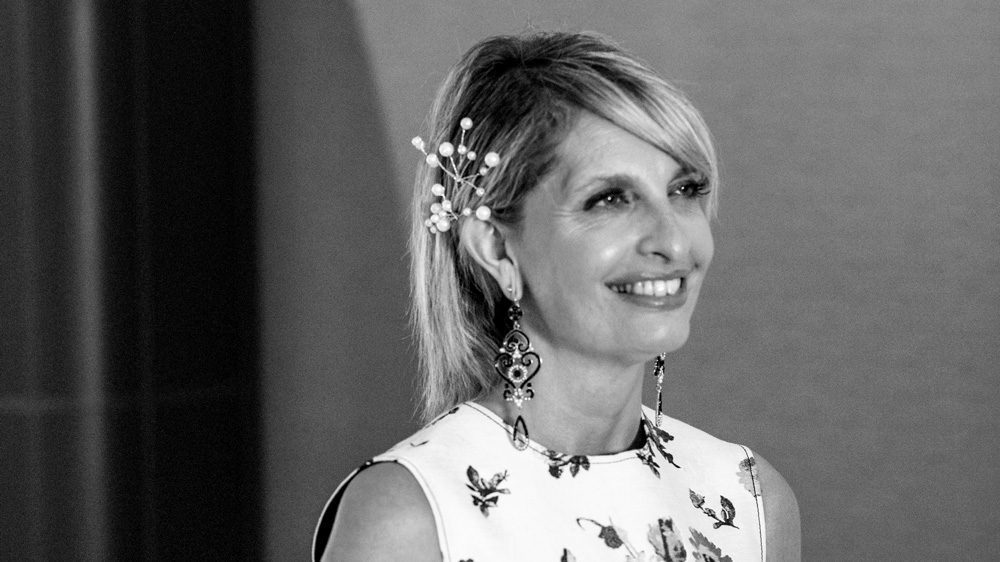 “Why don’t more women collect luxury sportscars?” That is the question Katia Bassi has been asking her newly established women’s advisory board and other female executives and entrepreneurs over the past year. As chief marketing officer at Lamborghini (and the brand’s first women to sit on its board), she’s charged with getting more women interested in cars that roar beyond 200 miles per hour, cost more than $200,000, and are so sleek and low-to-the-road you have to wedge yourself into the driver’s seat, with room for only two.

Why not? Jerry Seinfeld revved up his 1969 Lamborghini P400 S Miura in an early episode of “Comedians in Cars Getting Coffee”— 43 inches tall, painted Arancio Borealis (Italian for orange)—and described it as “incredibly masculine and incredibly feminine at the same time.” It has a mid-engine 360-horsepower V12 mounted sideways, and what appears like eyelashes carved onto the headlights.

When Bassi arrived at Lamborghini a year ago, she was facing a stubborn statistic: only about five percent of Lamborghini’s customers were women. Stefano Domenicali, who became the company’s CEO in 2016, saw something wrong with that picture, considering that women own more than 30 percent of all global wealth.

“Women are buying  more complex watches because they love the technology, or they invest in them,” says Bassi. “I think it’s the same with cars.”

Like other luxury marques, including Aston Martin and Maserati, Lamborghini is trying to entice women with SUV model (its Urus model). The hope is that women might get curious about other models from the maker once they’ve piled their kids into the practical Urus. That is where Bassi comes in.

Bassi, who grew up in Milan, didn’t set out to have a career revolving around luxury cars—she studied law and wanted to be a judge in juvenile court. But, she was drawn into male-dominated fields, with jobs including licensing manager for Ferrari, director for the National Basketball Association in Italy, and most recently as a vice president in the branding division at Aston Martin before joining Lamborghini.

One of her first initiatives was establish the women’s advisory board with 20 high powered members, including executives from Google and Sony, and Michele Roberts, the first woman president of the National Basketball Players Association. “We talk about challenges, because we believe we have a responsibility in our positions to be more inclusive of women,” she says. Of course, they also talk about cars. “We try to understand a bit more about women want when they approach cars.”

What do women want? “Women are buying  more complex watches because they love the technology, or they invest in them,” says Bassi. “I think it’s the same with cars.”

There’s no reason, in short, that women can’t get intrigued with badass fast V12 engines. Bassi knows a couple who collect sports cars, but the wife collects Lamborghinis only, because  “she’s an energetic woman and they’re energetic cars.”

The 53-year-old Lamborghini company has a testosterone-fueled history that began when Ferruccio Lamborghini, a tractor maker, decided he was going show Enzo Ferrari a thing or two about how to design high-performance cars. But Bassi is also letting women, especially socially-conscious millennials, know that it’s a CO2 neutral company, and that the carbon fiber that’s a basic material in the parts of every sports car—it’s what makes them light—is something Lamborghini is now applying to medical implants and prosthetics. The company is now lending its carbon fiber research expertise to the Houston Methodist Research Institute in Texas, where medical researchers are looking at new biomedical uses that are compatible with human cells.

Bassi is also hoping that someday there will be more women not just driving or collecting, but also studying engineering and designing luxury sports cars. “More women should raise their hands and say I can bring my personal touch. If this is applied to engineering model we can do an incredible job,” she says.

One technological advance she thinks doesn’t apply to Lamborghinis, however, is self-driving cars. When Bassi is at home in Sant’Agata Bolognese, where Lamborghini is headquartered, she drives Urus Bianco Icarus with sports-car style seats. “I love the sound of the engine in my ears,” she says. “This is a car you want to feel in every centimeter of your skin.” She shudders a bit and says, “I don’t see Lamborghini as autonomous.”