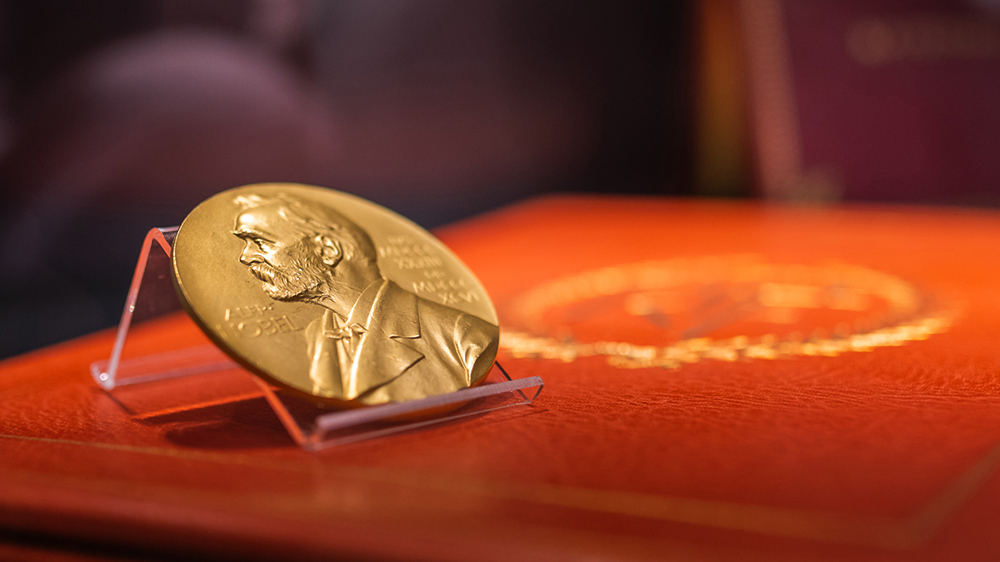 In May of last year, Cassandra Hatton, a vice president and senior specialist for books and manuscripts at Sotheby’s, got the email she’d dreamed about for years. The family of the late Richard Feynman wanted to auction the Nobel Prize that the beloved American physicist and bon vivant won in 1965. “I actually jumped up and down,” says Hatton. Then her auctioneer instincts kicked in. “They were looking to sell just the Nobel. I asked if they had any papers. I thought what I saw could sell for more than the Nobel. I’m glad they agreed to consign the papers, because that’s exactly what happened. It all went for way more than anybody expected.”

Feynman’s Nobel was the marquee lot in the History of Science & Technology sale held on November 30, 2018, at Sotheby’s New York. It commanded $975,000 against an estimate of $800,000 to $1.2 million, but, as Hatton says, the 43 lots that she convinced the family to consign did exceedingly well. She also knew why the lots would do well: Feynman material rarely appears at auction; the flamboyant physicist donated virtually everything of note to Caltech, where he taught from 1950 until his death in 1988. Feynman fans eagerly snapped up what Sotheby’s offered. Every Feynman lot sold, and together they accounted for $3.8 million of the $4.9 million total for the auction.

The Feynman triumph would make any auctioneer giddy with delight, but it’s only the latest in a string of jaw-dropping sales that Hatton has achieved. During her three-year tenure at Bonhams, she sold an Apple 1 computer for a record $905,000 and sold a long-hidden, circa-1944 handwritten mathematical manuscript by the British computer scientist Alan Turing for $1.25 million.

In 2017, she auctioned the cloth bag in which astronaut Neil Armstrong collected samples of the moon’s surface during the Apollo 11 mission. It pulled in $1.8 million. The Feynman sale wasn’t even her sole triumph that week: The day before, on November 29, she oversaw the Space Exploration auction at Sotheby’s New York, headlined by the only known lunar samples with clear and documented provenance to be available for private ownership. Gathered in September 1970 during the Soviet Luna 16 mission, the assemblage sold for $855,000 against an estimate of $700,000 to $1 million.

The two late-November auctions formed the first Sotheby’s “Geek Week,” a concept that Hatton says she’d “wanted to do for a very long time.” In planning for the second Geek Week auction later this year, the pressure is on to have something epic to mark the 50th anniversary of the moon landings, and she thinks she has it. It’s American, it’s space-flown, and it’s highly valuable, but she won’t say anything else except that it’s the “most phenomenal object I could sell in the space category.”

A piece that accompanied the sale of Feynman’s 1965 Nobel Prize.  Photo: Courtesy of Sotheby's

Hatton, 40, took her first step on the path to auction-world authority in 2004, when she accepted an entry-level job with a rare-book seller in Los Angeles. She hadn’t aimed for the rare-book world; she was a new college graduate in need of a paycheck when the opportunity came along. She embraced the profession wholeheartedly. By 2012, she launched a namesake rare-book dealership, which lasted a year. In 2013, she joined Bonhams, overseeing sales of space material for the auction house through its books and manuscripts department. Those sales helped her gain more experience selling rare and unique objects. Sotheby’s approached Hatton a few years later, and she signed on with the house in 2016.

Bringing a books and manuscripts mind-set to science and space material helped place it in a stronger and more profitable framework. “I’ve seen really wonderful objects sold, but because they weren’t where people expected them to be, they didn’t do as well as they could have,” she says.

Treating a groundbreaking computer or a lunar sample bag with the same reverence as a first edition of Isaac Newton’s Philosophiæ Naturalis Principia Mathematica and setting them apart in separate, dedicated auctions seems like a winning formula, but there’s a reason why Hatton’s approach hasn’t made much headway before. “It takes a lot of energy to put sales together in a meaningful way. It’s a lot more work than the average sale,” she says. “I try to have a common thread through each sale, so it makes sense.”

In 2017, Hatton auctioned the cloth bag in which Neil Armstrong collected samples of the moon’s surface during the Apollo 11 mission for $1.8 million.  Photo: Courtesy of Sotheby's

It’s worth noting that science and space material can be strikingly different from what Hatton considers for the books and manuscripts realm.

“With books, there are hundreds of years of selling records; it’s very easy for me to figure out what the value of a book is,” she says. “To come up with a value for a unique object, like the lunar bag I sold last summer, I have to look much wider. There are a lot of other things to consider—its role in history, how important was that role, and who would want to own it. But that’s what’s interesting about selling these types of objects. Really getting to dig in and learn all about it is the exciting part for me.”

She voices no concern that her auction hot streak might go cold for lack of showstopping lots.

“There’s a multitude of objects waiting to have their story told, and I’m excited to find out what they are.” Just as the Feynman heirs knew Hatton was the auctioneer to contact first, those anonymous owners will reach out to her when they are ready to consign.