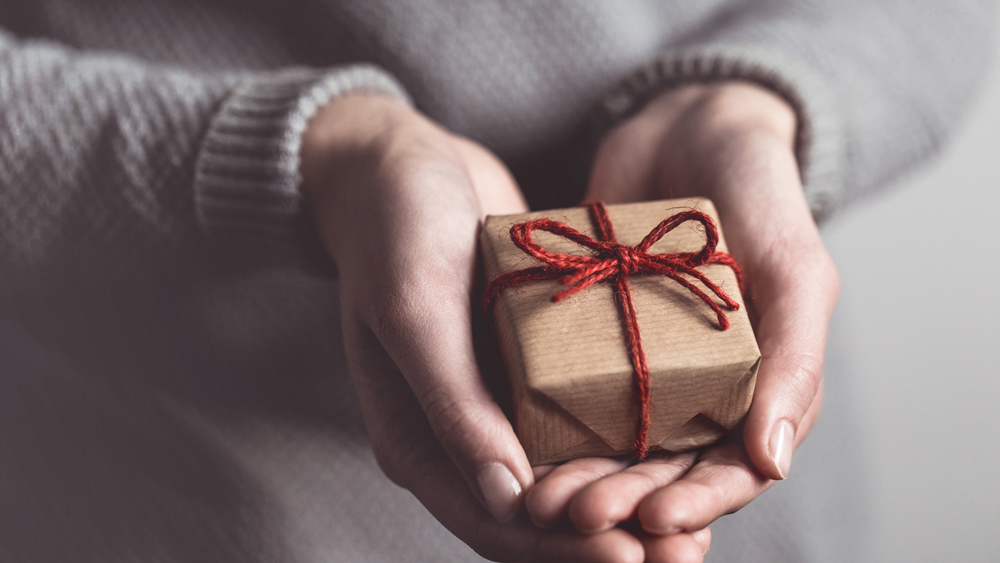 The short answer is not really. Rarely is it okay to “regift,” a word that entered the lexicon thanks to an episode of Seinfeld and a concept that is for many a conundrum of the holiday season. And yet, it seems regifting, or the act of taking a gift one has received and giving it to another person, is here to stay.

An elegant reed diffuser perfumed with notes of pomegranate, pine, and cloves had all the makings of the perfect hostess gift for interior designer Carrie Carr of Pearle and Pierce Home in Los Angeles. “Only it had been previously opened and the diffuser reeds were missing,” says Carr, with a laugh. “I would have preferred a warm hug.”

The culprit and dear friend of Ms. Carr’s had broken the cardinal rule of regifting, which is that the item must be unopened and in its original packaging. “Regifting will almost always come back to bite you,” says Lizzie Post, great-great-granddaughter of Emily Post, co-author of Emily Post’s Etiquette 19th Edition and co-host of the Awesome Etiquette podcast. “But in the spirit of reduce, reuse, and recycle, there are times when it’s okay to regift. It can feel really good to pass along a gift, especially if you know the recipient would love it. But you have to be able to pull it off in a way that doesn’t hurt anyone’s feelings,” says Post.

And often, that comes down to transparency. Tal Rabinowitz, owner of The DEN Meditation studios, is not big on regifting, but recently was invited to a friend’s for dinner and ran out of time to buy a hostess gift. Instead, she grabbed a bottle of wine from home. “Thankfully, when I handed it to him I said, ‘I’m not sure if it’s good or not. Someone brought it to us for a party,’” Rabinowitz recalls. “He said, ‘It’s good. We’re the ones who brought it!’” And everyone had a good laugh. Proper etiquette, Post says, “is not only about being considerate, but honest.” The spirit in which Rabinowitz brought the regifted bottle was both generous and thoughtful, but most of all, she was honest.

“Proper etiquette is not only about being considerate, but honest.”

Architect Eliza Howard of Thorne Howard in Hollywood is another friend who shies away from the practice. “And that’s probably because I remember vividly when my father regifted a book from his brother back to his same brother!” Howard says. Another friend narrowly avoided a similar and potentially more inflammatory gaffe when she nearly regifted a set of tribal coasters from her mother-in-law to another family member. “We hear so many stories involving family members,” Post says. “If you’re going to regift, don’t pass it along to anyone in your family if it came from another family member. Same goes for swapping within your circle of friends.”

And this is one my friend and novelist Christine Lennon and I routinely break when we meet for drinks at each other’s homes. We have been passing the same bottle of Prosecco back and forth for probably the past year. But the four set-in-stone rules to follow? According to Post, you must keep items in their original packaging; the item cannot be monogrammed, handmade, or unique; the person who originally gave it to you and the person you’re giving it to ideally don’t know one other; and, she says, “you honestly believe that the person receiving the gift is actually going to love it.”

So if anyone is looking to unload an unwanted bottle of vintage Champagne, trust me, I won’t be offended.

‘Dune’ Opens to $40 Million at the Box Office. Strong Enough for a Sequel?