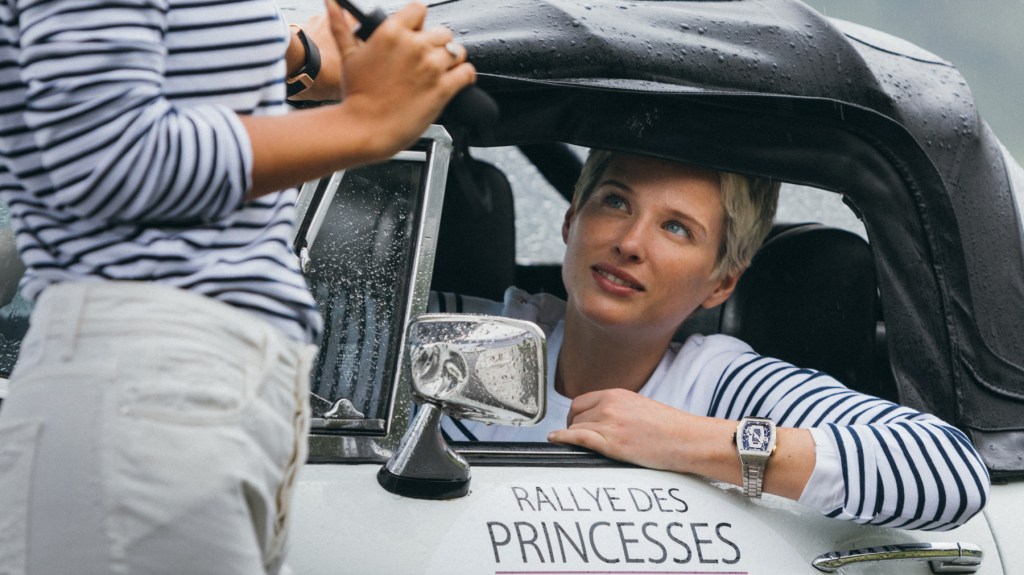 In October of 2016, Dallas trial attorney Suzanne Swaner received a phone call from her best friend, internal medicine physician Susan Fesmire. “In a very serious voice, she said she had to ask me something,” Swaner recalls. “Given her tone, I was expecting her to ask me to donate a kidney, or maybe some bone marrow.”

Instead, Fesmire asked Swaner to drive in the Rallye des Princesses, a glamorous, women-only vintage road rally that runs every summer from Paris to Biarritz.

Though Swaner had never driven in a rally before, cars were hardly new to her. She grew up with an interest in the automotive world—even as a little girl, she advised her father on which vehicle to purchase. And as a litigator specializing in product liability, she has defended various automobile companies in numerous lawsuits. So, she was pleasantly surprised when Fesmire asked her to join her in the Rallye des “Prawn-cesses,” she says, mimicking the French pronunciation.

Fesmire, who admits she “isn’t specifically into cars,” got the idea a few years earlier when one of her patients participated in the rally and came back singing its praises. “I decided Suzanne and I needed to do it,” she recalls. “It is really the glamour of the Rallye that drew us. A beautiful car, my best friend, and the French countryside—that is a trip of a lifetime!” The pair of blonde Texans began a year and a half of planning, which included renting a 1970 Triumph TR6 and creating a team name: Les Deux Lys, or Two Lilies—the meaning of both of their first names. Still, they had no idea what they were in for.

“The Rallye de Princesses has attracted a new generation of

well-heeled women with a need for speed and skill behind the wheel.”

The Rallye des Princesses—which spans six days, with five legs that cover nearly 1,000 miles of varying terrain—was founded in 2000 by Viviane Zaniroli, a long-time motorsports enthusiast and former event organizer for the British sports-car maker Austin-Healy Club. Zaniroli first noted a need for a women-focused driving event when she attended the famous Dakar Rally with her husband Patrick (who served as the annual rally’s director for more than a decade). Though the Paris-to-Dakar event was heavily dominated by men, Zaniroli noted a small population of passionate women in attendance. She was ultimately inspired to create an event for women that would combine sporting competition with a healthy measure of elegance. Thus, the Rallye des Princesses was born.

Modeled after the Paris-St. Raphaël concours—a historic all-women driving competition that made its last run in 1974—the Rallye has attracted a new generation of well-heeled women with a need for speed and skill behind the wheel. This year, more than 90 participants competed in the race, which has garnered the support of top-tier sponsors including Richard Mille.

But the Rallye des Princesses isn’t the only four-wheel game in town. Several rallies, both on-road and off, offer women the chance to test their mettle with other like-minded ladies. The Rallye Aicha des Gazelles is held every spring in Southern Morocco, where the driving challenges include grueling mountain routes and sand-dune expanses. The Rebelle Rally, a 10-day off-road event, covers more than 1,200 miles in the deserts of California and Nevada. And the Cash & Rocket tour, which change routes every year, brings together all-female drivers from the worlds of fashion, business, music, and art to raise money for international charities.

Sue Mead, a veteran off-road racer and automotive writer, has participated in dozens of rallies around the world, including the Dakar Rally. She was also the first woman to win the Camel Trophy, an off-road race often referred to as “the Olympics of 4×4.”

“Women have really come to the forefront,” Mead says of the rallies. “I love seeing the women out in the dirt, sunburned and with grit in their teeth, and then at the end of the rally be in formal dress for the finale.” At the same time, Mead says, she’s never felt uncomfortable or intimidated by men at co-ed events. “At the end of the day, both the men and women are there because they are passionate car enthusiasts.”

For Swaner and Fesmire, who finished 56th place out of 90 teams, the women-only format allowed for stronger bonds with fellow competitors; it also challenged them in ways they never expected.

“We had a white-knuckle drive through the Pyrenees in rain and fog that was intense,” Swaner says. “As Texans, we haven’t spent much time driving mountain passes, and doing so in a 1970 model-year vehicle in poor weather was challenging to say the least.” (Swaner also noted that she packed far more clothes than she was able to wear during the six-day rally.)

“It was the hardest and most fun sport I’ve ever done, and I’m going to keep doing it,” adds Fesmire, who burned through three pairs of leather driving gloves in five days. Fesmire says she and Swaner already have plans to race in next year’s Rallye des Princesses. The duo will also drive in another rally in Italy this January. “We have caught the bug!” Fesmire says.

EXCLUSIVE: House of Drunk to Pop Up in Paris