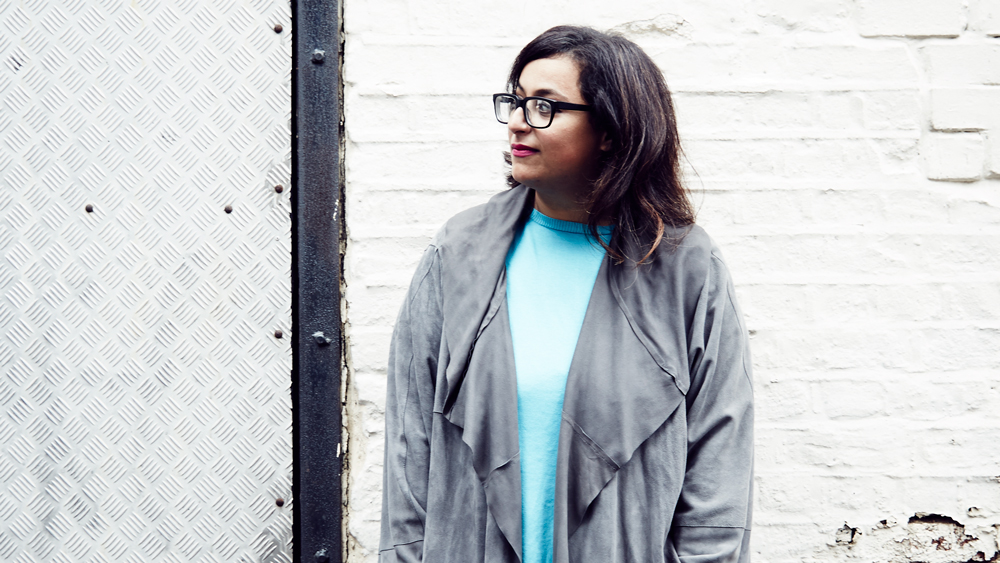 At the age of 22, Hoor Al Qasimi, then a newly minted graduate of the Slade School of Fine Art in London, took the helm of the Sharjah Biennial in the Emirati kingdom. In the 16 years since, the biennial has grown from a localized event into a prominent platform for contemporary art on the world stage—attracting a cadre of A-list artists and curators from around the globe. Muse spoke with Al Qasimi—now president and director of the Sharjah Art Foundation—on her recent visit to New York to talk about the upcoming biennial (it runs March 7 through June 10) and the course she has charted for herself as a female curator in a male-dominated part of the world.

How did you get involved with the biennial?

I have had a passion for art for as long as I can remember. I had attended the Sharjah Biennial for the first time when I was 13, and by the time I turned 17, I had been admitted as a member artist of the Emerati Fine Arts Society. After completing my undergraduate studies in painting at the Slade, I had a gap year before I was to start my graduate work at the Royal Academy in London. And during the gap year, I happened to be in Berlin with my father [Sheikh Sultan III of Sharjah] visiting museums. At some point, on the recommendation of a curator at the Hamburger Bahnhof, I wound up going to Documenta. I had never seen anything like it and I came away so inspired. It was life-changing for me. At the same time, it got me questioning the manner in which the Sharjah Biennial was being presented. So, upon my return to Sharjah, I decided to get involved as a volunteer. Initially, I said, “I just want to understand the process, I won’t interfere.” Famous last words.

As the daughter of the reigning monarch, did you find them welcoming?

Initially, yes, albeit in a bit of a patronizing way. Their basic attitude was, “Okay, she’s the daughter of the sheikh, let’s just give her an office, she can be director, and she can just sit there.” The people on the organizing committee were mainly local artists who’d always put their friends in the show; the Egyptian minister of culture was always in the biennial. My reaction was, “I don’t want to be here in name only. I want us to work together to really make this into something meaningful, to open it up internationally.” Keep in mind I was like 22, and the only woman.

Six months before the biennial, they said to me. “We quit, do it yourself!” And I said, “I will.” So, I enlisted the help of several artists and, out of desperation, I called Peter Louis, a curator from London with whom I had worked on a previous exhibition of works by British artists. I said, “Come and help me.” And, of course, he did. I remember sweeping the floors the day of the show’s opening. And we were still attaching labels, literally doing everything ourselves. But it was a success and the rest, as they say, is history.

Sixteen years later, I’m still standing. And we have grown substantially—in terms of our scope and reputations. This coming spring, we will be welcoming curators Omar Kholeif, Zoe Butt, and Claire Tancons, who have each put together absolutely stellar programs around the theme of Leaving the Echo Chamber. And we will be welcoming around 100 artists.

You’re making waves in a part of the world where women are not necessarily welcome in positions of power.

Actually, they are. This is a very Western misconception. Women here do everything. We have a lot of women who are cabinet ministers. We have women who run companies. We have women who set up all manner of business enterprises and foundations. Women have a lot of respect here and we have long had equal pay. People are paid by qualification, not by gender. When women choose to take a secondary role, it is largely a family situation based on religion and tradition, not government restrictions.

Joe Namy, Libertto-o-o A Curtain Design in the Bright Sunshine Heavy with Love, 2017. Another work in the foundation’s collection.  Courtesy Sharjah Art Foundation