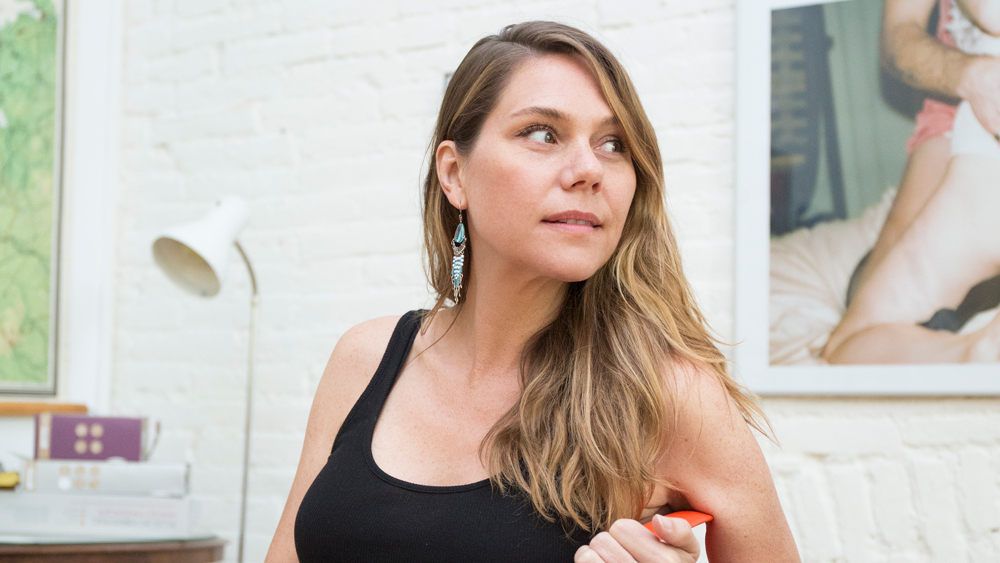 The film Feminist and Submissive begins with Swedish filmmaker Erika Lust declaring, stone-faced, “Women getting spanked. And men loving to do it. That’s an idea that is very scary for a lot of people.” She provocatively raises her eyebrows before the camera cuts to a montage of fully clothed women who describe themselves as competent, capable, intelligent feminists who also enjoy sexual domination. “That’s where decades of feminism should have brought us,” Lust says, staring intensely into the camera, “to a place where every woman can speak out her own true desire.”

Lust herself entered the world of pornography quite naturally, as a film student in 2004. Unsettled by the sexist portrayal of women in the genre, she decided to produce a short film that would bridge the gap between feminism and sexuality. The Good Girl, which portrays a long-clichéd storyline—the pizza-delivery-guy rendezvous—from the perspective of the woman, became an Internet hit. It also sealed Lust’s trajectory as a pioneer of better erotica.

“It always seems like there’s this chauvinistic context to what is happening,” Lust says of traditional adult films. “It’s more about punish[ing] women than looking at people having a wonderful sexual experience together.”

“The problem with so many of these films is

how they are made— by whom, with whom, and with what values?”

By contrast, Erika Lust Films like Some Never Awaken and A Feminist Man are filled with dialogue and emotion. Characters give their consent in every scene. The shocking zoomed-in angles so prevalent in mainstream pornography are replaced with artful vignettes: an embracing couple covered in sand on the beach in one scene, a pair of lovers caught in the rain in another. The films are highly produced affairs, with professional lighting, casting, and set design that’s more suggestive of a Holly- wood studio than a San Fernando Valley bedroom.

Lust employs ethical behind-the-scenes practices, establishing boundaries and health concerns with all of her actors before filming, and eliciting feedback throughout shoots. She has also focused on making her films more inclusive of different sexualities, genders, body types, and races— something else she says is sorely lacking throughout the industry.

Ultimately, Lust says, it’s all about pleasure— not for some, but for all. “Satisfaction for me is feeling part of something bigger,” she says. “It’s the feeling of connecting with other people, a bigger whole. In the end, we are here because two people had sex. Sex is life.”