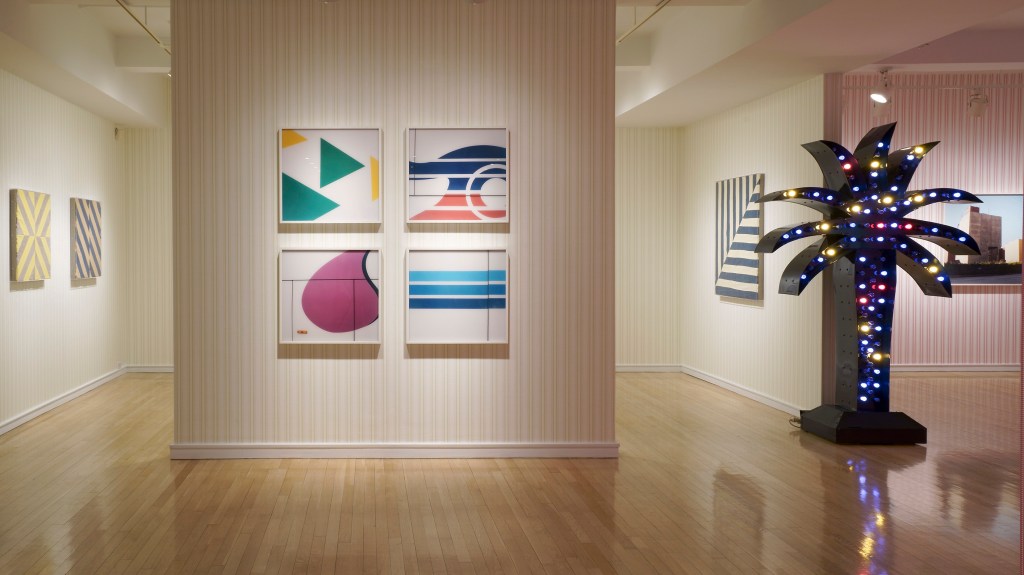 “Opening up the gallery to a true intervention—inviting an artist to critically examine our spaces and departments and to break those divisions down—was an ambitious project, and one that through Yto Barrada’s profound vision has been exceptionally rewarding,” says Marc Glimcher, Pace Gallery president and CEO of the Moroccan artist’s groundbreaking installation across three floors of the 57th Street gallery, which opened on April 5 and will run through May 5.

Barrada is known for her politically charged works, which have been placed in the collections of Centre Pompidou in Paris, the Metropolitan Museum of Art and the Museum of Modern Art in New York, and Tate in London. For this first solo show at Pace, titled How to Do Nothing with Nobody All Alone by Yourself, the artist has brought together pieces produced over the course of two decades that include photographs, video installations, sculptures, and textile-based works. The latter, says Barrada, reference Frank Stella’s fluorescent paintings, his vibrant paint colors re-imagined through the use of home-brewed dyes made from insects and plants. The textiles, she explains, were also inspired by the work of Casablanca School founders Mohamed Chebaa, Farid Belkahia, and Mohammed Melehi, who in the 1960s paved the way for a North African modernism and whose abstraction embraced the motifs and materials of popular local art forms.

Among the major new works included in the show is Barrada’s short ﬁlm Tree Identiﬁcation for Beginners (2017), initially developed for Performa 17, the most recent edition of New York’s performance-art biennial, which was held this past November. The ﬁlm essay revisits her mother’s 1966 trip to the U.S. as part of Operation Crossroads Africa, a State Department–sponsored travel program aimed at convincing Africa’s future leaders that “the U.S. is a vital society worthy of sympathetic or at least serious consideration.” The ﬁlm’s voiceovers juxtapose her mother’s account of that trip with observations made by its organizers about the attitudes and behaviors of the visiting Africans.

“While at first glance, the show’s works may seem disparate,” Glimcher explains. “The exhibition is united by the artist’s innate and powerful approach to the exploration of her own history, histories in general, and the way those histories are written. The result is an exhibition that inspires us to reconsider our understandings of art and objects and the stories they tell.”

Despite Store Closures, Niche Brands Can Still Make It Big in China

‘Triangle of Sadness’ Trailer: Try and Stomach the Gross-Out Satire That Won Cannes and Shocked Viewers