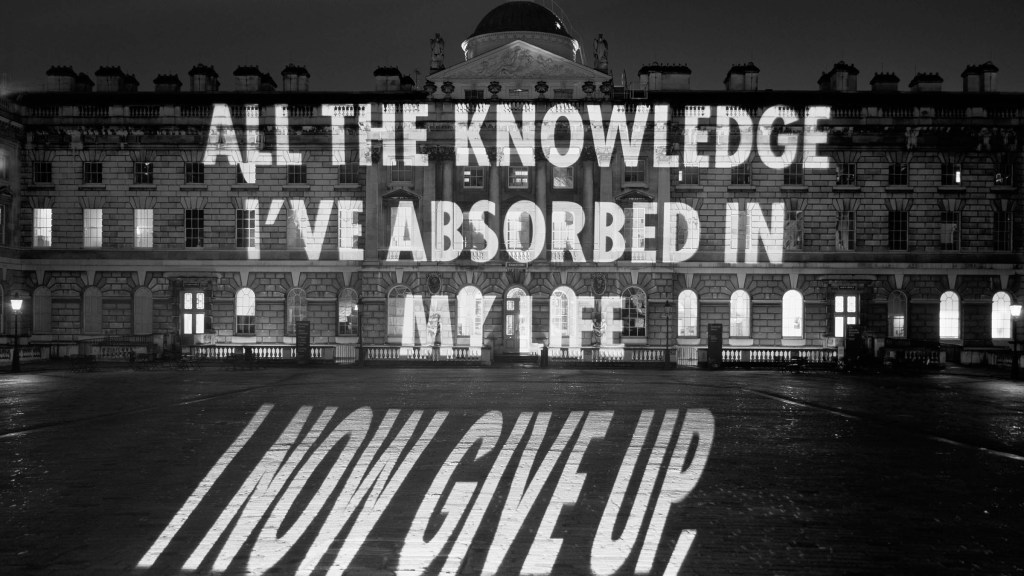 With its rose-hued walls and girl-power programming, the Wing has become something of a legend in its own time. Since the club first opened in Manhattan’s Flatiron District in 2016, it has been regularly revered, occasionally mocked (all that pink!), and even investigated by a human rights group for its women-only policy. But the Wing, which now counts four locations in New York City and Washington, D.C., and is preparing to open two more outposts in California—both of which are decidedly less pink—later this year, is no doubt a net positive for professional women seeking a stimulating environment in which to work, network, learn, and socialize. And now, the formidable club is adding “cutting-edge gallery” to its laundry list of enriching services.

Independent curator Lolita Cros has been tapped by the Wing cofounders Audrey Gelman and Lauren Kassan to provide yet another amenity for its members to enjoy: the option to explore—and buy—art by established and emerging artists right off the club’s walls. The concept is twofold, providing a platform for underrepresented and emerging female artists, and exposing members to new and inspiring works that might just end up on their own walls at home. Muse recently spoke with Cros to chat about the program—and learn about her top female artists to watch.

How did the Wing art program start?

The club’s mission in many ways is to help women break down barriers, and it seemed only natural that we wanted to break down the barrier that often exists between the art world and the everyday. Through the Salon—which is the name we have given the program—our goal has been to create spaces where members and their guests have a chance to engage with art on a personal level, and in doing so, contemplate important personal, political, and societal issues through the lens of art.

You are currently showing works by Tina Barney, Jenny Holzer, and Nancy Spero—three pretty big names. How do you select your exhibiting artists?

I go on a lot of studio visits, and I really reach out to women who I feel represent a wide range of media and ideas in their practice. Interestingly, a lot of people ask me if most of the artists I work with are feminists, and my response is a definite “no.” They’re not all feminists. Some of the artists really care about the environment and make works about that. Some make sculptural work. Others care about body positivity, so they make drawings and installations focused on that theme. So, we are presenting a wide range of artists—both established and emerging—at all of our locations [except at the Flatiron club].

Do you have similar works at each location?

I try to place works by artists that are relevant to each of the locations. For San Francisco and Los Angeles, which are opening later this year, I have been reaching out to artists that are already based on the West Coast, as well as many of the local gallerists, including Jessica Silverman. I have done the same in New York. I like to think of our program not as an art show in each location, but as a conversation through each of the pieces we have there.

Given that the works are for sale, is the Salon serving as a gallery of sorts?

The works are on consignment from the galleries…and some of the artists—most for the period of a year. But our program is about a lot more than just introducing our members to artists and selling art. A case in point being Tina Barney. When I did a talk with her at the Wing in SoHo, I wanted to include Martine Fougeron and Pamela Hanson—artists who are both really big fans of Tina’s work and whose own work has been influenced by Tina’s photographs for years. I thought it was important to bring them together in a conversation. And at our SoHo and Dumbo locations their works are presented together.

The Salon program is also going beyond the walls of the Wing, right?

In addition to hosting artist talks, we are working to arrange studio visits for our members so they have a chance to develop a more intimate relationship with the artists. People who are not necessarily collectors or connected in the art world are not going to feel comfortable knocking on an artist’s door. So, I am trying to break down that barrier and encourage relationships and conversations between people from “everyday life,” and people who are in the art world—the ones who are inspiring to me and I think to the members.

How expensive are the works that will be exhibited?

The pieces range from about $100 to around $50,000. We have a pretty wide range of artwork. I don’t want someone who’s never collected work to feel like they have to mortgage their house to purchase their first piece.

Tell us about an artist you’ve discovered through the new program.

Erin O’Keefe is an artist I discovered on Instagram (courtesy of Glossier), and after scheduling a studio visit with her, I realized that her work has so many layers and depth. I decided to hang her work next to Rhea Karam’s because, even if their process and their goals are different, they have similar inspirations and are inspired by the geometric shapes that surround us. I met Rhea through another artist in the space, Yasmine Diaz, who had made a portrait of her, which is also in the space. Fun fact: Rhea and Erin’s studios are in the same building, and after the install they connected!

Works by Erin O’Keefe and Rhea Karam in the Wing.  SARA WIGHT

Could you share with us some of your favorite artworks from the Salon’s recent exhibitions?

The Haircut is one of my favorite Louise Parker photographs—it summarizes her practice very well. After graduating from college, where she studied under Stephen Shore, she started a modeling career and decided to use that as a subject matter. Her self-portraits are always very staged and this portrait in absentia is a great example of that.

Art Is… (Framing Cop) is part of Lorraine O’Grady’s emblematic performance Art Is…, which took place during the 1983 African-American Day Parade in Harlem. Dressed in all white, O’Grady and 15 other performers went up to attendees and policemen and circled their faces with a golden frame, thus turning them into art. I love everything about this photo: There is as much lightheartedness as there is a palpable tension between the Caucasian policeman and the African-American artist.

And I love the grandiosity of Jenny Holzer’s Projection series; the concept of appropriating a site with text is empowering. The piece is situated by the entrance of the space in such a way that it’s the first and last artwork a member sees as they enter [and] exit the Wing. It serves as a reminder that “words matter,” as Hillary Clinton presciently stated during the presidential debates.

Catherine, Princess of Wales’ First Official Visit to Wales Is a Nod to Princess Diana