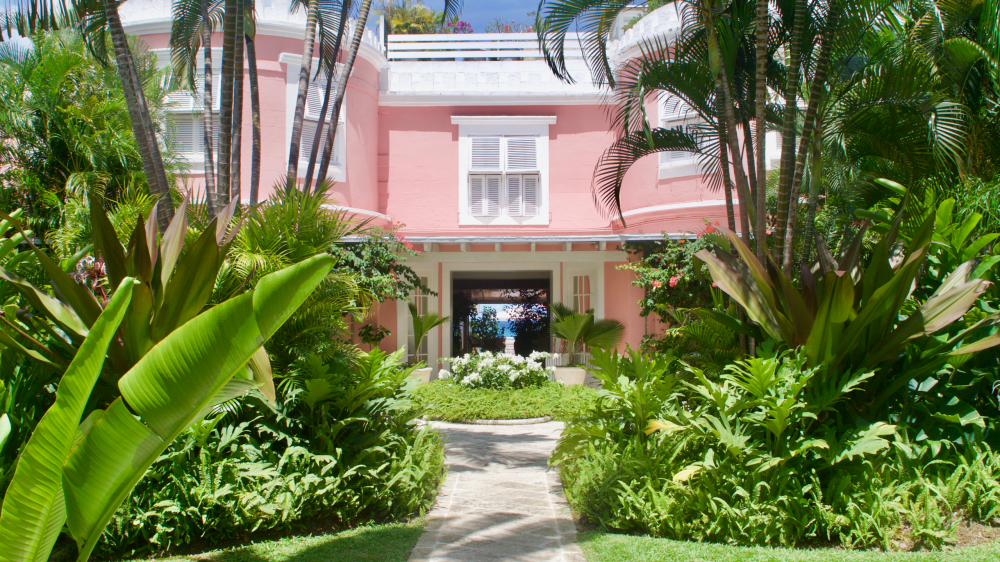 Fall has arrived at last, and we’ve uncovered the newest products and places you need to know to kick-off the colder months. From a collection of Greek-inspired jewelry to a vibrant hotel in Barbados, these are the next big things on our experts’ lists.

Arielle Assouline-Lichten doesn’t like to waste—so much so that the alum of Bjarke Ingels Group and Snøhetta founded the design brand Slash Objects based largely on recycled high design. “It started with the impetus to transform materials,” says the designer, who holds a master’s in architecture from Harvard University. While designing a gym for a Manhattan luxury residential building, Assouline-Lichten had bits of brass, marble, steel and rubber on her desk, and putting them together planted the seed. “I’m using design choices to decontextualize and create new life cycles from materials.”

The results are both beautiful and sustainable. The Coexist daybed ($19,995)—arguably the firm’s standout piece—utilizes discarded marble. And the recycled component’s harder edge is placed in perfect juxtaposition to the design’s brass, steel and wool elements. “Each material,” Assouline-Lichten says, “uses its properties and strengths to support the other.”

Cobblers Cove is a place of characters. There’s Mr. Barker, the resident fisherman who sails along the Barbadian shores in a green boat that shares his name, and, in the kitchen, Jason Joseph, the Bajan chef who cooks up the daily catch. Sam de Teran runs the hotel—it’s been in her family since 1968—and she’s spent the last five years revamping it for this month’s grand reopening, along with Lulu Lytle, the London-based designer who pops in with a new fabric or table lamp every few days, crafting a funky scene with chaises shaped like seashells, tables skirted with rattan and curtains that dance with images of trilling parrots. Together, this cast has crafted a singular destination, a rare retreat stretched across a quarter mile of beach on the island’s western shore, where color and charm peek from every corner. Striped pink-and-white umbrellas match the entrance’s rosy colonial facade, the garden’s palms and ferns are painted on the restaurant’s fine bone china and, in the 40 suites, woven grass carpets and botanical drawings bring the landscapes into the bedroom. It’s the Caribbean at its finest, in vibrant hyper-color, and just the way brilliant Barbados was meant to be.

In this “Add to Cart” world, there are still a few brands worthy of a good old- fashioned brick-and-mortar visit. One of them is Lalaounis, the Greek jewelry brand with a store in New York and another in Athens, where it was established in the 1960s. Much like a makeover, a sit-down with Demetra Lalaounis (who runs the family business with her three sisters) could never be replicated with a digital shopping spree. “Give me 10 minutes with a woman and I can dress her in jewelry that enriches her facial structure and coloring,” she says.

It’s that rich, sun-kissed, distinctly Greek look that draws people to Lalaounis, and the brand’s newest collection of everyday layering pieces hits the mark. All convey the Lalaounis spirit through age-old techniques and hand-craftsmanship, as seen in the Hellenistic-inspired handwoven gold necklace ($10,550) and Apollo hand-hammered gold earrings ($25,350), the latter a reissue of a design created for Jackie Onassis to mark the 1969 moon landing.

The art world has had its eye on Lauren Halsey since she was still in school, and Halsey has made the most of the attention. Just five years after earning her MFA at Yale, the 32-year-old has worked her way through a slew of prestigious residencies, won the $100,000 Mohn Award, and, in a particularly impressive feat, had two solo shows in museums before ever having one in a commercial space.

Come January, Halsey will make that solo gallery debut at David Kordansky Gallery, in her native Los Angeles, with a project inspired by the South Central neighborhood where she grew up, her muse since she was a teen. It promises to be, like her other works, a lyrical, tactile take on African-American culture, expressed in paint, sculpture and found ephemera. “The project is forcing me in a really beautiful way to engage with the city again,” she says.

Halsey studied architecture before shifting to art, and her environmental installations bear an obvious connection to the built world. Much of her brief practice has focused on cave grottos and hieroglyph structures, and she is planning to build a permanent version of her Crenshaw District Hieroglyph Project in South Central next year to create “a monument that’s legible to the people who are here.” She intends to invite community members to contribute. “I’m not going to be the only one carving and offering a narrative,” she says. As for the specific location and funding, “I’m figuring out that part,” Halsey admits. But she adds, “I’m not waiting. I can’t wait.”

Few handbags, no matter how luxurious, can be considered exclusive. Kelly or Birkin may be hard to get, but still, many well-heeled women have them. So what can truly be deemed rare when it comes to the purse? The new collection 13BC ($3,950) from Cherine Magrabi Tayeb—a Saudi Arabia–born entrepreneur and former museum curator—may well be the moment’s hard-to-get “it” bags. They’re handmade in Florence using an ancient enameling process, which keeps the designs imaginative and the production limited: The debut collection consists of just 13 one-of-a-kind bags. Currently, five are available at Net-a-Porter. Clutch them while you can.