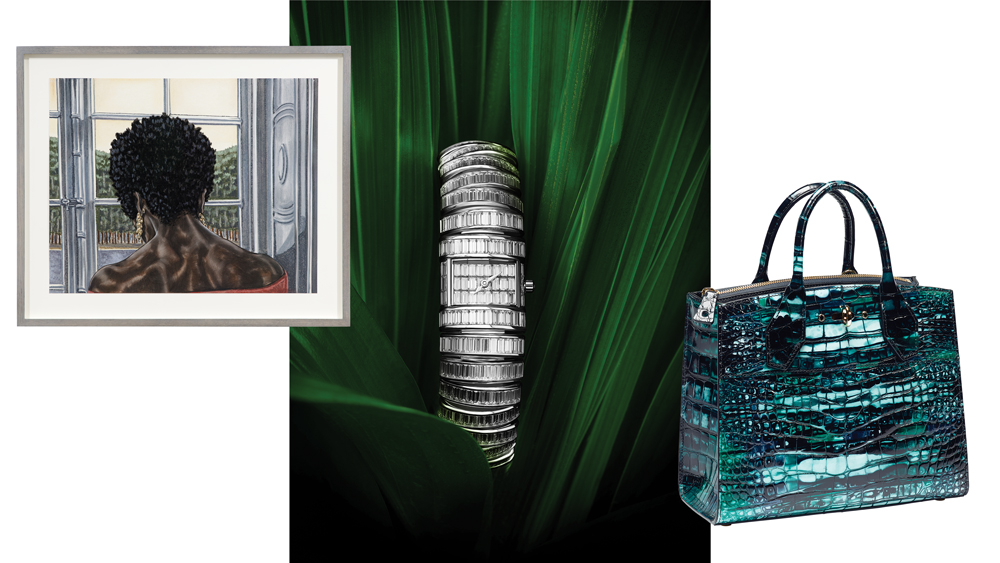 A New Sand Castle Rises in The Caribbean

The Caribbean is making its big comeback this season after a rough year of hurricanes, financial crises, and other setbacks. But while long-beloved islands like St. Barts and Anguilla are putting the finishing touches on major recovery efforts, there’s one island that’s joining the luxury travel scene for the first time altogether: Grenada. The lush Lesser Antilles nation is suddenly on the radar of every island-hopping jet-setter thanks to Silversands Grenada, a new resort set to open on the white sands of Grand Anse beach next month. With its collection of strikingly minimal yet perfectly styled suites, the 43-room property appears to have borrowed its aesthetic from somewhere farther afield—Southeast Asia or the Maldives, perhaps. Still, the vibe is pure Caribbean, with barefoot-chic restaurants that emphasize fresh and local, a spa that focuses on treatments with native ingredients, and a setting that reminds us of St. Barts—before it got so crowded.

Toyin Ojih Odutola: A Legend in the Making

A work by Odutola.

With a critically acclaimed solo show at the Whitney Museum of American Art and a quartet of exhibitions at Jack Shainman Gallery under her belt, Nigerian-born, Brooklyn-based Toyin Ojih Odutola is continuing to make art-world waves this fall with a pair of presentations in New York City. When Legends Die, the 33-year- old artist’s fifth exhibition at Jack Shainman, offers a third and final suite of lush, life-size renderings in pastel and charcoal on paper, including those pictured here. Collectively, the works chronicle the lives of two fictional aristocratic families that find themselves joined when their male heirs marry—the irony in the story line being that such unions have recently been outlawed in Nigeria under the Same-Sex Marriage Prohibition Act. The show at Jack Shainman runs through October 27; Ojih Odutola’s work will also appear in For Opacity, a group exhibition at the Drawing Center, from October 12 through February 3, 2019.

This season’s bold gold jewelry is a throwback to the ’70s disco heyday—only the designs are sleeker and sexier. Cadar’s five-inch Second Skin Large Feather earrings ($6,600) are a perfect example. “It’s a big look, but they are light as a feather and move like a second skin,” says the brand’s founder and creative director, Michal Kadar. She worked closely with artisan jewelers in Italy to develop the design, which connects dozens of “feather” pieces to a concealed chain that allows for fluid movement. It appears simple, she says, yet hours of labor are required to achieve that reflective dancing motion.

Missy Robbins officially became New York City’s best chef in May, when the James Beard Foundation awarded her the title at its annual ceremony in Chicago. Of course, New Yorkers with a penchant for perfect pappardelle and beautiful Bolognese have long treasured the twice-Michelin-starred chef as one of the city’s finest. Now, Robbins’s gourmand groupies are lining up to grab a seat at her new restaurant, Misi, which opened last month in Brooklyn’s waterfront Domino Park. The cuisine will be familiar to fans of Lilia, Robbins’s hard-to-book Williamsburg eatery known for its handmade pastas, seasonal vegetables, and fresh seafood, all impeccably prepared in Northern Italian style. But don’t expect anything too traditional—Misi is a decidedly personalized take on old Italia. “I have done a tremendous amount of research to understand the cuisine,” Robbins says. “I now use that knowledge not necessarily to replicate dishes, but to inspire my own cuisine.”

The famed hairstylist David Mallett has captured the essence of the French woman’s effortless chic, as evidenced by his fashionable clients including Marion Cotillard and Julie de Libran. Now he’s bringing that enviable style to Manhattan with the opening this month of an eight-chair hideaway on the fifth floor of the Webster SoHo. Like his discreet Paris salons in the Second Arrondissement and at the Ritz Paris on the Place Vendôme, the new SoHo space will no doubt be another haven for celebs and VIPs who prefer having their hair primped in private. Dividing his time between Paris and New York, the Australian-born Mallett is sure to delight his U.S. fans, who will no longer have to hop on a plane for his expertise.

A New Parmigiani Fleurier Moves with the Times

Parmigiani Fleurier proves once again that it can deliver much more than the time with its showstopping Boa Prinzi. The renowned Swiss watchmaker and master of high jewelry enlisted expert artisans to set 28.5 carats of baguette diamonds seamlessly in the watch’s 18-karat- white-gold bracelet, which is constructed of connecting links on a concealed hinge system. The result is a flexible diamond-laden design that appears remarkably fluid and modern. One look at this watch, and the time doesn’t seem as important.

How Matchbook Distilling is Shaking up the World of Spirits

Have you ever imagined what a spirit can actually be?” Leslie Merinoff Kwasnieski asks. The cofounder of Matchbook Distilling Co., a grassroots spirits producer and incubator in the Long Island town of Greenport, N.Y., is prone to philosophical questions when it comes to what we drink. “We are so hung up on vodka and gin and whiskey, but these categories are so narrow,” she says. “We don’t know how to move outside of them.” But with the opening of her innovative new distillery, we finally do. Launched in August, Matchbook is the first U.S. distillery to offer customers the opportunity to produce their own spirits, whether it’s an asparagus eau-de-vie, a cardamom-distilled botanical, or a fruity-vanilla fermented rum. “People can come with a flavor and a spirit in mind, or they can just come with an idea of an ingredient or even a place or a memory, and together we’ll build a spirit around it,” says Kwasnieski. Visitors to the 38,000-square-foot distillery can blend their bespoke spirits by day (packages start at $10,000) and sip Match- book’s own creations by night at the Lin Beach House, the distillery’s recently opened 21-and-over hotel. It features a tasting room and a cocktail lounge where, on most nights, Kwasnieski herself is shaking things up behind the bar.

The indispensable handbag serves a multitude of roles—status symbol, fashion statement, utilitarian carryall—and this fall Louis Vuitton has revealed another purpose: artistic expression. The brand’s Paris-based craftspeople have meticulously applied artful textures and lustrous finishes to the Exotics Collection ($26,300 to $51,500). The look of each one- of-a-kind crocodile-skin bag recalls one of several centuries-old Japanese treatments, including shibori, a dyeing method that has been used on traditional kimonos; raku, a pottery process that yields a glaze; and shou sugi ban, a charring technique used to preserve and finish wood. Like these time-honored artisanal techniques, the limited- edition handbags will be passed down from generation to generation.

After countless seasons of linear furniture, streamlined Scandinavian- inspired silhouettes, and restrained palettes, design is finally ready to break things off with midcentury modern. The curve has not only come back, it wants to rule the decorative landscape. Case in point: Lara Bohinc’s new Celeste ($18,412), a vanity console made of artisan-crafted galvanized steel, mirror, and verdigris copper. The London-based designer, who started out creating jewelry, brings an edgy, smoky- eye quality to her furniture. This piece, made in a limited edition of 10, was inspired by the planets and orbital motion. “As the console is called Celeste, it relates to the sky,” she says. “That is why I chose this turquoise-colored patina.”