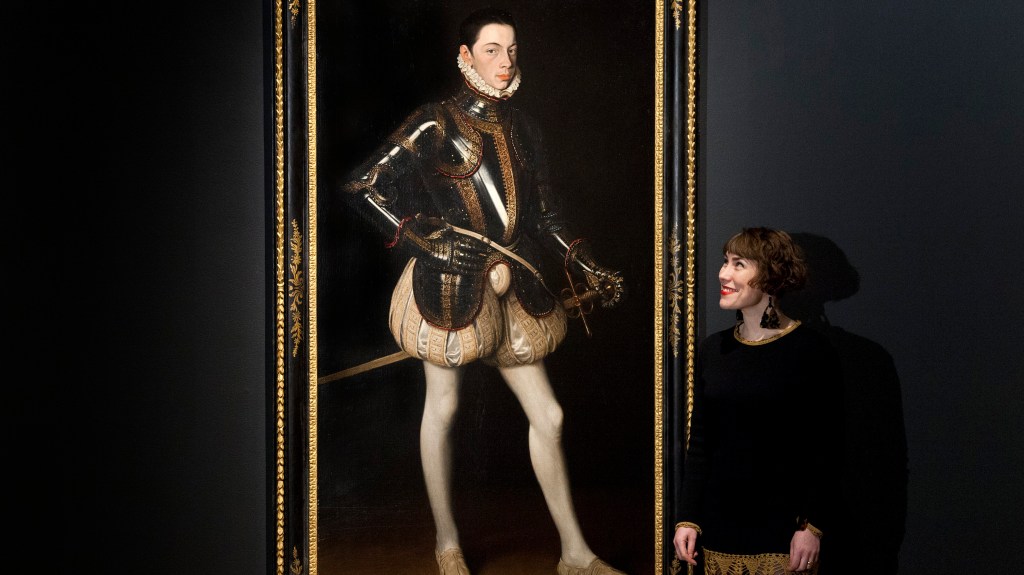 Last February, Jonquil O’Reilly joined Christie’s in New York as vice president and head of sale in the old master paintings department, having spent the better part of a decade as a senior specialist in Italian paintings at rival house Sotheby’s, in both London and New York. O’Reilly is known for bringing a passion for historical fashion to her scholarly pursuits. Through the “decoding of garments like powdered wigs, padded hips, ruffs, and even the infamous codpiece,” she says, she wants to bring the joy of studying old master paintings to a wider audience. Muse recently caught up with O’Reilly ahead of the April 19 sale of old master paintings to discuss historical fashion and some favored lots coming on the block.

What drew you into the realm of old master paintings?

Shortly after graduating with an M.A. in Italian from the University of Edinburgh in 2008, I answered an ad in the newspaper for a job as an assistant. It said, “Must be fluent in Italian, interest in art preferable.” It turned out to be in the old master’s department at Sotheby’s in London. I fell in love with the paintings. I started geeking out and eventually became a specialist for the house in New York. I stumbled into the field by accident and it turned out to be the only field for me.

When did you become interested in fashion, and how did it manifest in old master paintings, particularly in portraiture?

I was mad into period dramas as a teenager (ahem, I still am) and have always been fascinated by historical clothing and textiles. I started looking at what people were wearing in the portraits while researching at work and realized it would be really useful to know more about it and use fashion as a means of contextualizing paintings for new audiences. It’s democratic—everyone wears clothes—and it’s an accessible way in to the field if you don’t know much about old masters.

You have a couple of favorite works in the upcoming sale on April 19—the half-length Portrait of John Frederick I, Elector of Saxony (1503–1554), painted by Lucas Cranach I in the 1530s, and a 1561 portrait of a 16-year-old Alessandro Farnese in Armor by Anthonis Mor and Alonso Sánchez Coello. What is it about these paintings that set them apart from the rest in the sale?

I’m normally an Italian paintings specialist but these two chaps were the best dressed in our sale so I couldn’t resist them. I love it when a sitter is making a major statement through what they are wearing. Nothing was included by chance in portraits like these, every detail was intended and had meaning. The red piping on Alessandro Farnese’s armor to show his allegiance to Spain, for example, while the brooch with the clock and the hour glass on John Frederick’s bonnet serves as a reminder of our fleeting time on earth and how we will be judged for eternity. No detail is accidental.

And some of these sartorial elements have found their way onto the fashion runway as evinced by several recent collections?

Alessandro Michele at Gucci, of course, has been referencing old masters a lot recently, not just Dutch and Flemish paintings but Italian Renaissance works as well. Louis Vuitton’s latest show had models walking down the runway in embroidered 18th century men’s dress coats—paired with boxing shorts no less! And my favorite: Alexander McQueen [headed by Sarah Burton] has been all over Tudor fashion.