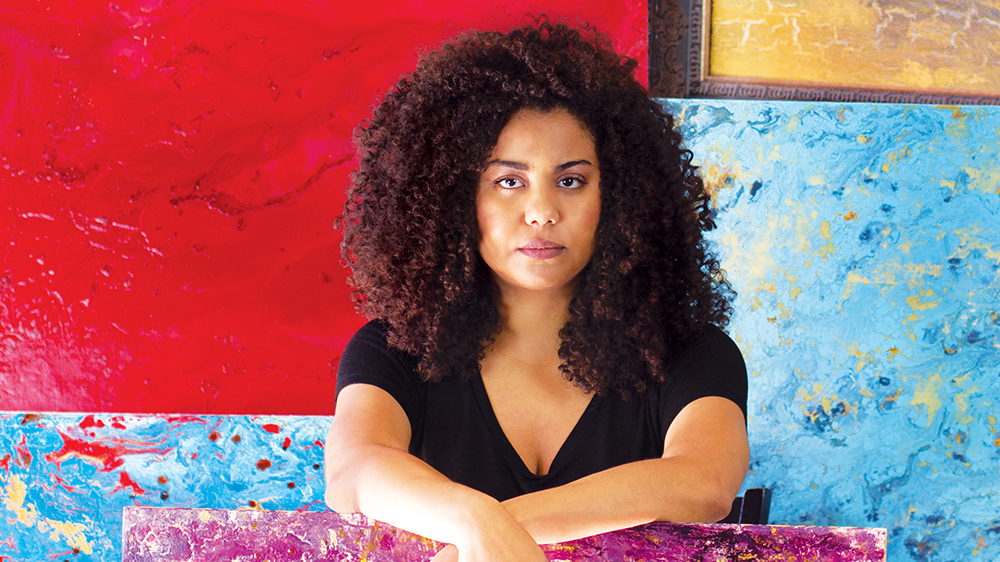 In honor of the upcoming Women’s History Month, Saatchi Art is debuting a new campaign to celebrate women in the art world. The online gallery has successfully been making an effort to draw more attention to female artists in the past few years (last year, more than half of sales by U.S.-based artists were works by women, and currently 54 out of the 100 best-selling artists are female), but now they are taking things a step further to draw attention to more incredible female artists with its first-ever all-women artist catalog featuring notable artists such as Erin Armstrong, Lisa Krannichfeld, and Lisa Hunt.

Beginning March 1, Saatchi Art will celebrate its best-selling women artists, who “refuse to be the muse” and instead are creating some of the most vibrant and compelling art today, with an all-women artist catalog. The idea for the name of the campaign came from the notion that throughout history, women typically served as the subject (a.k.a. the “muse”) of artworks as opposed to having their own works celebrated in museums and galleries.

Artist Kelly Puissegur created two works for the Refuse to Be the Muse campaign.  Photo: Courtesy of Saatchi Art

“I think we are living through an exciting time of change where there is now evidence of a concerted effort and desire to do something about the underrepresentation of women artists in the art world,” says Rebecca Wilson, Saatchi Art’s chief curator. “There is no shortage of outstanding work being made by women so it is now a question of making sure that women are equally displayed in museums and galleries, that their exhibitions are covered just as much as shows by men in magazines such as ArtForum, and that every effort is made for the art world to reflect the society we live in in terms of gender as well as racial diversity.”

Traditionally, she says, works by women have been overlooked in favor of that of their male peers. “From Titian’s Venus to Picasso’s nudes, women have more often been the subject of artworks than had their own works displayed and celebrated in museums and galleries. But this inequality is not found with online galleries such as Saatchi Art. We represent as many women artists as men (in the U.S. and Europe only 14 percent of the artists represented by brick-and-mortar galleries are women), and our clients are very happy to buy works by women. In 2018, more than half of our sales by U.S.-based artists were works by women. So the argument from men running brick-and-mortar galleries that male artists sell better is just not true.”

Wilson says art supporters can help to continue to make a change of making female artists more visible by purchasing these works, but also by raising the right questions. “You can simply ask your local galleries and museums why they aren’t having as many shows by women artists.”

Roger Worried That His Hair Style Was Out of Fashion byKelly Puissegur  Photo: Courtesy of Saatchi Art

With the launch of the campaign, the gallery has also commissioned Los Angeles–based artist Kelly Puissegur to create two original artworks that will be sold on the site with limited-edition prints, as well as posters, tote bags, and other gifts from Society6 that feature her designs.

“We wanted to introduce people to a selection of women artists with very different backgrounds who are making works in a wide range of styles,” Wilson says.

The campaign will launch on Saatchi Art’s site on Friday, March 1.