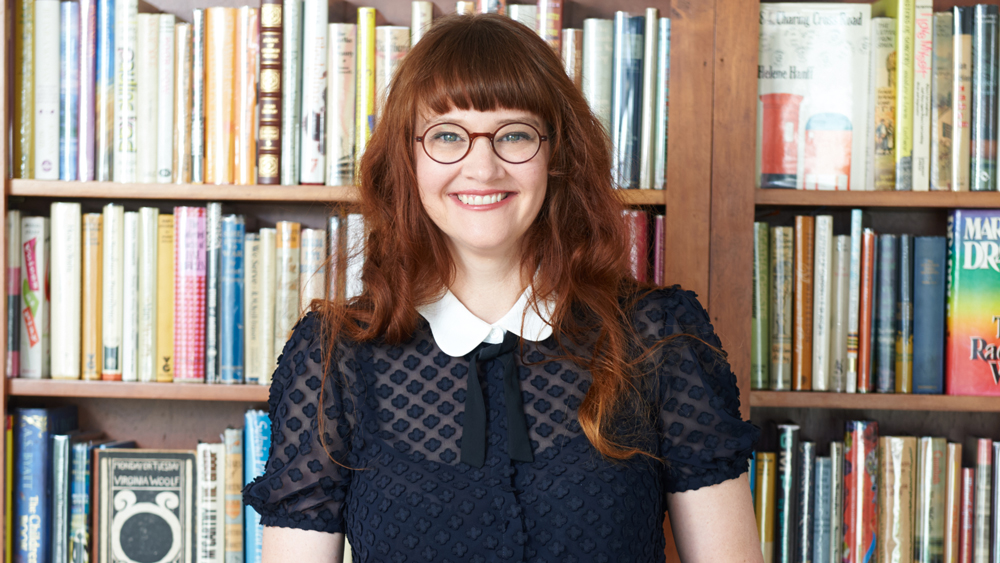 Many injustices have moved A. N. Devers to try to change the world of rare books, but an incident at a 2015 book fair in New York stands out. “I pulled a Joan Didion book and a Cormac McCarthy book off the shelf. Both are still alive, and both are still incredible writers. But there was a discrepancy in price, and I got really angry,” Devers says, recalling how she found the McCarthy priced at $600 and the Didion at $25. “Then I started observing the rare-book world. It’s a sort of secret market that people are not aware of.”

In 2017 Devers, an American writer, critic, and arts journalist living in London, launched the Second Shelf, an online and pop-up store devoted to rare books, manuscripts, modern first editions, artwork, and other notable works by women. (The Second Shelf takes its name from a 2012 New York Times Book Review essay that explored why fiction written by women isn’t as well-received or respected as fiction written by men.) A Kickstarter campaign helped her under- write the first issue of The Second Shelf: A Quarterly of Rare Books and Words by Women, a part-catalog, part-literary quarterly unveiled last September. Devers’s goals are ambitious—to spotlight women writers and creators, and to reshape the rare-book universe to make it less male and conservative.

“I think the issue [of female authors] has been considered niche,” she says. “Women are not niche. We’re just about half the people in the world.” The rare-book trade, she says, is dominated by men. Consciously or not, male book dealers have tended to favor male authors over female authors. This brings to mind similar phenomena seen across the culture, most recently a study published in June 2018 in the International Journal of Press/ Politics that showed American male political reporters responded almost exclusively to male peers on Twitter, and retweeted them three times as often as their female peers.

“I think the issue [of female authors] has been considered niche. Women are not niche. We’re just about half the people in the world.”

The problem with male dominance among rare-book dealers is that their choices influence the people who command the budgets of elite institutions and archives. What those clients purchase for their collections determines whose output gets saved and studied by future generations.

Collectors can help disrupt this cycle by purchasing books by women and building libraries of their works. Offerings presented in the inaugural issue of The Second Shelf include a 1957 first edition of Patricia Highsmith’s The Talented Mr. Ripley, a 2012 release of Alice’s Adventures in Wonderland illustrated by the Japanese artist Yayoi Kusama, and an 1813 second-edition association copy of Jane Austen’s Sense and Sensibility from the library of Austen’s close friend Martha Lloyd.

“The reason I’ve been pushing so hard with the Kickstarter and getting the word out is I really need to find and hopefully inspire women to take up this cause with me,” Devers says. “It’s a commercial effort, but it’s…necessary and has social purpose. The potential of discovery is so great.”

Skipper’s Meadowlark to Create Content for Spanish-Speaking Fans in U.S.