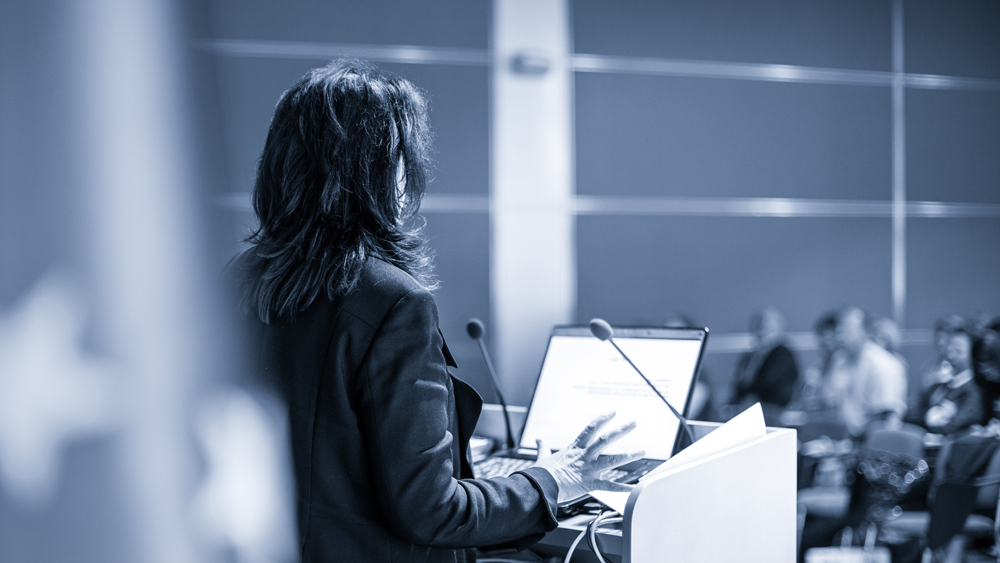 The midterm elections last month were a watershed for women. More women ran for local, state, and federal offices than ever before in the history of the United States. Many of them won. That means it’s the right time for even more women to consider running in 2020, and the advice from a number of women in politics is don’t wait around for someone to recruit you; it’s your move.

“A male elected official told me to wait my turn, so I went ahead and ran,” said Catalina Cruz days after she was elected to the New York State Assembly. She was speaking at a rally of sorts where about 175 women, many of them interested in getting into politics, gathered at the Diane Von Furstenberg studio in New York’s Chelsea neighborhood. The sponsor of the event was She Should Run, a nonprofit organization that helps train and prepare women to run for office and has a specific goal: to have 250,000 women run for federal, state, and local offices by 2030.

That’s a very ambitious number, considering that even after the 2018 midterms there will be less than 3,000 women serving as U.S. senators, congressional representatives, governors, state legislators, and mayors in cities with populations of more than 30,000, according to the Center for American Women and Politics.

A vital statistic about Cruz, who is 35 and a newbie to political office: She beat two opponents running in her district of Queens with a whopping 88 percent of the vote. Her story is instructional for anyone thinking of getting into politics. In particular, here are five things any woman thinking about running for office should know.

Erin Loos Cutraro, founder and CEO of She Should Run.  Photo: Andrew Cutraro

Ask what you can do for your community, state, or country.

Cruz was born in Colombia and came to the U.S. at age nine as an undocumented immigrant. As a DREAMer, she became a lawyer who fought for tenant, immigrant, and workers’ rights, then became the chief of staff for the New York City Council Finance Chair. But when President Donald Trump announced an end to the Deferred Action for Childhood Arrivals (DACA) program, which provided legal protections to people who’d arrived in the country as she had, she decided she should make a bid to represent her district, which has a large foreign-born population.

That’s the first step—hitting upon a need or an injustice, says Erin Loos Cutraro, who founded She Should Run in 2011. “You have to be really clear about what you want to accomplish,” says Cutraro. “One of the barriers, though, is that many women think maybe they don’t have a compelling enough story tell voters.” She says you don’t necessarily need a grand platform, just a clear message and a vision of what particular office would most benefit from your idea. “If you just want your local government to communicate more clearly and efficiently, and you know you can fix it, that is enough.”

You can translate skills from a non-political career.

While any number of business leaders have tried running for office, Cutraro believes it isn’t private-sector experience in itself that qualifies you, but the ability to solve problems. She says a background in high-profile volunteer or advocacy work is also a great credential.

Cruz came from law, a more traditional background for politics, although as a DREAMer (the third Dreamer ever to hold an elected office in the U.S.), she was seen at first as an underdog. She had, however, become accustomed in her work to listening to the people she represented, and she thinks that helped get her elected. “People want to know that when they come to your office you’ll listen to them,” she said.

While any number of business leaders have tried running for office,

Cutraro believes it isn’t private-sector experience in itself that qualifies you, but the ability to solve problems.

Cutraro says it’s important to talk to people in politics and in positions of influence. “Meet with people who serve in elected roles, ask them about their day-to-day work.” Besides that, she says, a potential candidate should get to know the gatekeepers to power. “Sometimes that’s the political party, but if you’re thinking of a local office there are local individuals who have a finger on the pulse of the community. Your local coffee-shop owner could be one of them,” she says. The point is, you want the gatekeepers to know your intentions long before you make a campaign announcement—even if you ultimately decide not to run.

A She Should Run panel event.  Photo: Courtesy

Hardly anyone was born to be good at fund raising.

“It isn’t true that you don’t go into debt,” said Cruz. Like it or not, the U.S. system requires money to run a race. And even if you have the means to self-fund, raising money for the campaign can be an indication of how much support you have.

“Raising money is about raising the profile of your name and tying it to things you care about,” says Cutraro. “Men tend to be less hesitant to make this kind of ask. But think of it as a gift to your donors, a chance for them to usher solutions forward.” Still, she says, it takes practice to look like a natural at raising funds, and “you don’t want to make your first ask as a candidate.” Cutraro suggests that raising money for a philanthropic or political cause is a good way to gain experience before you make a bid for office.

It’s going to take a toll.

“You’re being judged every minute, judged by what you wear, what you’re saying,” says Cutraro. “The verbal abuse and double standards women take, that’s real.” Furthermore, almost everyone has something in their background that could be the subject of embarrassing gossip at the local diner. Cutraro suggests asking staff or volunteers to do background research on you, to see what information is out there, so that you can set the narrative yourself.

So why do it? Partly because you have a mission. Besides that, says Cruz, “It’s a hard road, but there’s nothing better than when they call you by that title for the first time.”