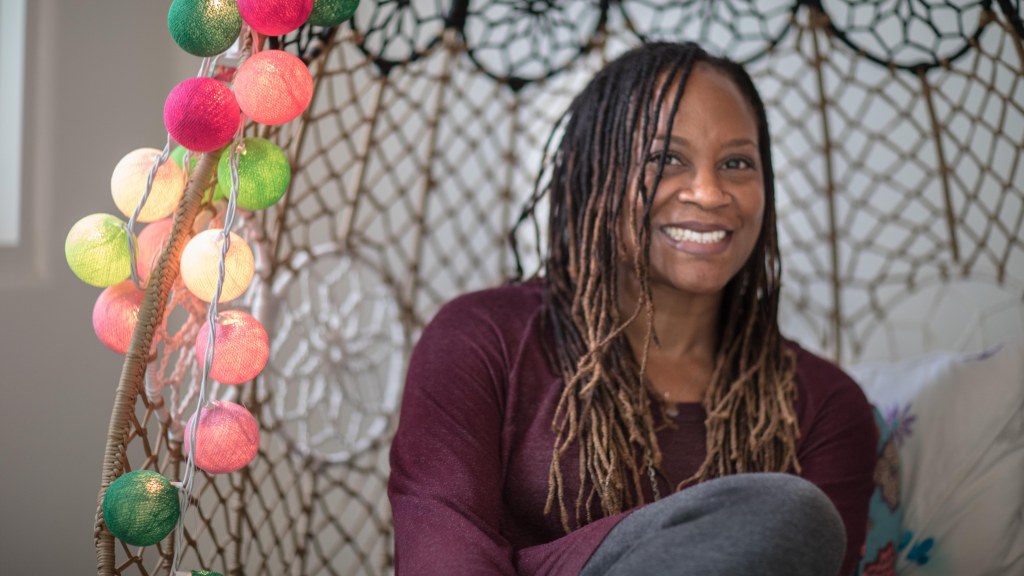 Numbers pop up often when you’re talking with Tracy Gray. She intends to raise $100 million for her social-impact growth-equity fund, The 22 Fund (formerly the 22 Capital Group). “People have said why not target only $50 million,” she says. “But women shouldn’t think small.”

Gray, who is 55 and lives in Los Angeles, also founded a nonprofit organization, We Are Enough, which describes its goal as educating women on investing in women-owned businesses and investing with a gender lens. “We say whether you have $25 or $25 million, whether you have a piggy bank or own a bank, there are ways for you to invest in women,” she adds.

She can also rattle off rather precise reasons that investors should invest in women. For starters, in a report released in June, Boston Consulting Group found that startups founded and cofounded by women generated 10 percent more in cumulative revenue over a recent five-year period than those started by men, yet when women business owners receive early-stage capital, they receive on average $1 million less than men do. “I’m a former math major, and if something doesn’t make sense numerically, it gets me going,” Gray says.

Behind the numbers, though, is a whole life story of a woman who started out wanting to be an astronaut but ultimately didn’t pass the height requirement and has always been able to turn disillusionment into opportunity. She graduated from the University of California at Santa Barbara with a BA in mathematical science with an emphasis on aeronautics. She worked as a systems engineer for a NASA contractor and in the music business before she took a friend up on a kind of challenge to come to work for his venture-capital firm and learn the business. That was in 1999, at the height of the dot.com boom, and she was the only woman investment professional in the firm. She loved the work, but for the wrong reasons.

“There are enough resources for everybody—and if men listen

they’ll see how they can invest in women and make more money, too.”

“I liked working in partnership, helping entrepreneurs grow their business,” she recalls. “But the men believed in acting adversarial—it was about getting the entrepreneurs to do what would make the most money for the investors. I think of it more as a collaboration where both parties should win.” Moreover, she would see about 300 business plans a month and none of them came from women or people of color.

So, Gray decided she was going to become a different kind of venture capitalist. “If I thought like a guy I would have hung out my shingle right away,” she often points out. But she left the venture capital firm in 2002 and didn’t create The 22 Fund until 2013. Along the way she worked in economic development at a nonprofit and in the office of Antonio Villaraigosa when he was mayor of Los Angeles. She also earned dual MBAs from Columbia University and U.C. Berkeley.

Here’s a number that inspired Gray to start her fund: Companies that export their products have a 25 percent higher survival rate than those that do not, according to the Brookings Institution. Her modus operandi is to provide capital to startup or existing manufacturing companies, initially in Southern California and preferably owned by women or people of color, to help them export their products, so that the companies will be able to grow, create jobs, and boost their local economy. But she also wants to use her capital to help manufacturers create new jobs for the future, as 3-D printing and other big innovations change the way companies make everything from sneakers to cars and airplanes.

“There are structural barriers that keep women and people of color out of the tech industry, but if manufacturing is becoming tech-enabled, I see it as a way of bringing in people who’ve been left out,” she says.

Two years after she set up the fund, another big idea came to her by way of giving a TEDx talk, the local version of the global TED talks, in Los Angeles in 2015. It takes a bold vision to be invited to speak at TED, and Gray spoke from the heart about why she thinks women should put money into women-owned businesses. At the end she said, “We are enough,” meaning women are a strong enough force in their own right to empower women financially.

“Afterward all these women came up to me, and some were crying,” says Gray. “I learned that we really have a lot of emotions around money.”

She gathered together a group of friends from business school and the business world, and they invited women to a focus group to test the idea of a nonprofit to deliver the message. “We said let’s try to get 25 to 30 women—but 100 women came, and they were ready to get started right away.” From there, the official organization called We Are Enough was born.

Earlier in this decade, the World Bank and the Council on Foreign Relations found that when women earn an income, they are likely to reinvest 90 percent of it back into their families and communities, a statistic that has provided much of the impetus for impact investing around the world. It’s a figure that gives Gray ammunition to believe the power of women investing in women could be something close to infinite. “I don’t know why people think that if you give one segment of the population money you’re taking it away from someone else,” she says. “There are enough resources for everybody—and if men listen they’ll see how they can invest in women and make more money, too.”