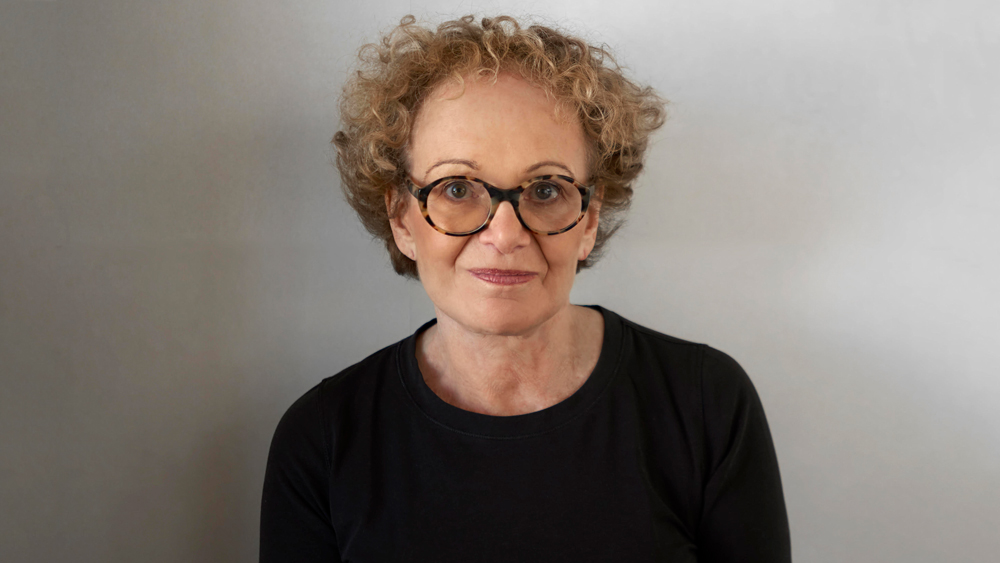 It’s no secret that when it comes to a presence in art galleries and museums—and even as collectors—women are underrepresented. And artist/philanthropist Susan Unterberg is on a one-woman campaign to change that. For more than two decades she has been supporting her fellow female artists anonymously—until this past summer when it was revealed that she was the founder and sole patron of Anonymous Was a Woman, which to date has provided more than $5.8 million in grants to 230 female artists around the globe. Unrestricted grants of $25,000 are presented to 10 artists annually—the only criteria being that the artists are over the age of 40 and at a significant junction in their lives or careers. Among those who have benefited from the grant are such luminaries as Judith Bernstein, Andrea Bowers, Peta Coyne, Joan Jonas, Betye Saar, Mickalene Thomas, and Carrie Mae Weems whose careers, were nurtured in part by the award, which always seems to come at just the right time. On the occasion of the announcement of this year’s awardees, Muse caught up with Unterberg to talk about the art of philanthropy and this year’s grantees.

What prompted you to launch the program?

I decided to step in in 1996 when the National Endowment for the Arts decided to curtail its support of individual artists. I wanted to fill what I saw as a void when it came to supporting women artists, particularly artists in the middle stages of their careers. My hope is to have their work shown equally with their male colleagues in museums and in galleries and what have you. Maybe that has changed a little bit since I started the grant, but unfortunately not all that much.

Why did you choose to remain anonymous?

First of all, I am an artist myself and I wanted my work to be judged solely on its merits—not as work produced by a dilettante, someone who was anything but starving. I also thought the grant would have more impact if it was given by an unknown entity.

How did you choose the name?

Anonymous Was A Woman refers to a line in Virginia Woolf’s A Room of One’s Own. As the name implies, nominators and those associated with the program have, until this point, been unnamed—that is, except for me.

Is the award needs-based?

Not necessarily. It is given in recognition of an artist’s accomplishments, originality, and potential for artistic growth. And while the grant is not need-based, we have seen its transformative impact on the lives and work of its recipients, many of whom received it at critical junctions in their careers or just before they had received wider curatorial recognition. Our award-winners have gone on to present solo exhibitions at such institutions as the Whitney Museum of American Art, Museum of Modern Art, Solomon R. Guggenheim Museum, and the Venice Biennale, among many others; to create important public art projects, performances, and installations; and to receive significant critical acclaim.

Are there any strings attached?

No strings attached except that we’ve asked them at the end of the year to write a letter, and that letter can encompass anything they want. It can be one line saying this grant has been so wonderful, or it can be however long they want it and how they used the grant or whatever, but if they use it for childcare, that’s okay. If they use it for maybe giving them a year without having to teach, whatever. It is up to them to decide how they use it.

Are you involved in the nomination or selection of the award recipients?

I’ve never been able to nominate anyone myself although I’ve always been part of the panel, but I will not be this year. I will be there, but I didn’t think it was right, because if the panelists knew who I was, they might defer to me, or it just might be uncomfortable. We have a nominator list of about 150 people who give us names of artists to choose from. They are composed of past winners, museum people, curators, writers, but no gallerists. They cannot be anyone who would have a financial stake for their person that they would nominate. Each year there are five panelists who choose the ten winners.

How are this year’s awardees?

Are you the grant’s sole funder?

The money was part of an inheritance from my father. I don’t have an endowment, and I don’t have any plans after I pass on to keep it going unless my daughters want to. I’ve always said I want them to have some freedom in the things they’re interested in, but I’m hopeful maybe one of them will want to continue it. I think one of the reasons for me going public is that maybe it would encourage other people to do something creatively like this in the arts, because we certainly need it.