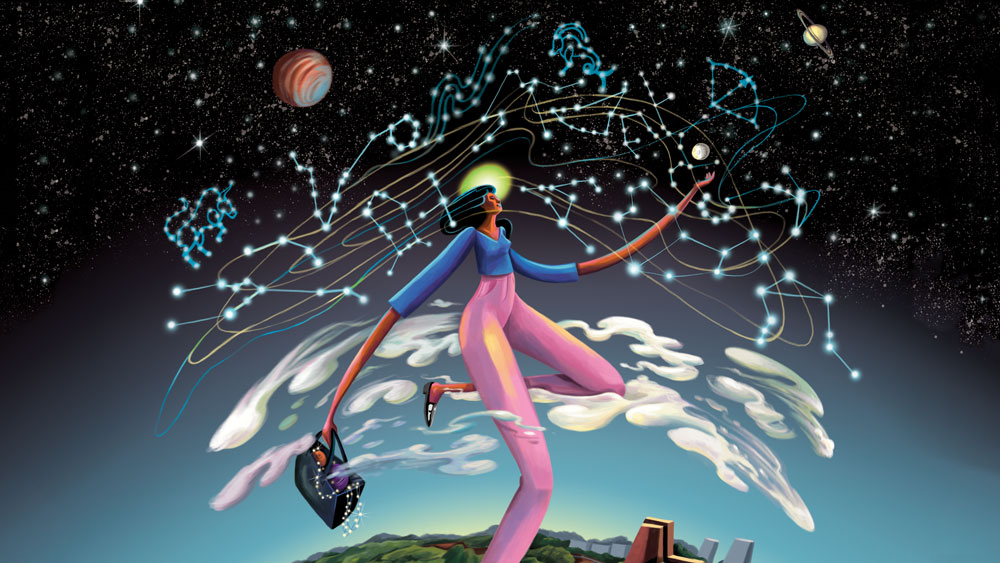 Since time immemorial, humans have consulted the cosmos for guidance. The ancient Mayans scheduled their ceremonies around planetary placements. Pope Julius II turned to astrologers before constructing St. Peter’s Basilica. Even U.S. presidents have planned important events based on astrological movements (we’re looking at you, Ronald Reagan).

Ancient customs have come and gone, but for some reason, the horoscope is still going strong. What is it about this pseudoscience, with its “Mercury-in-retrograde” warnings and nebulous predictions, that keeps us coming back for more?

Though astrology’s roots date back to pre- biblical times, we have Princess Margaret to thank for the popularity of the present-day horoscope. The 1930 birth of the daughter of King George VI and Queen Elizabeth elicited so much interest among the British public that the Sunday Express tapped a local soothsayer to predict how the royal neonate’s life would unfold.

Though the fortune published was hardly remarkable—and proved only occasionally accurate as the years passed—it sparked an astrological golden age. Soon, horoscope columns could be found tucked away between the weather report and the crossword puzzle in major publications around the world.

“I find a lot of clients I work with are not coming in for their fortune—they just want a leg up.” —Sandy Sitron, astrologer

Nearly a century later, many of us still plan our lives around our horoscopes—and thanks to ever-forecasting astrology websites and apps, we might be doing it more regularly than ever. “Today, you can go online and plug in some data and out pops this determination of your rising sign and your moon sign,” says Sandy Sitron, an astrologer based in Brooklyn. Indeed, the internet age has given rise to a new, almost steadfast, reliance on the cosmos—star astrologer Susan Miller’s astrology zone.com, for instance, draws nearly 10 million visitors per year. “I think that’s why astrology is a more understood tool today than ever,” Sitron says.

Perhaps. Then again, anyone who stares at their astrological forecast long enough is sure to find some nugget of wisdom (or at least a well-intentioned platitude). A horoscope that says, “Just because someone is confrontational doesn’t mean you have to rise to the bait,” isn’t a fortune told—it’s just good sense. Financial guidance is almost universally valuable when it comes in the form of “if you can refrain from purchasing something spontaneously, you could save a lot of money.” And has “keep your eye on the big picture” ever been bad advice?

That’s actually the point, says Sitron. “I find a lot of clients I work with are not coming in for their fortune—they just want a leg up.” That leg up might be the motivation you need to make a decision, or the soothing words you need to move on.

So, does astrology work? It depends on whom you ask. But as long as uncertainty is an inherent part of life, we’ll likely look to the stars for a little com- fort—especially when Mercury is in retrograde.