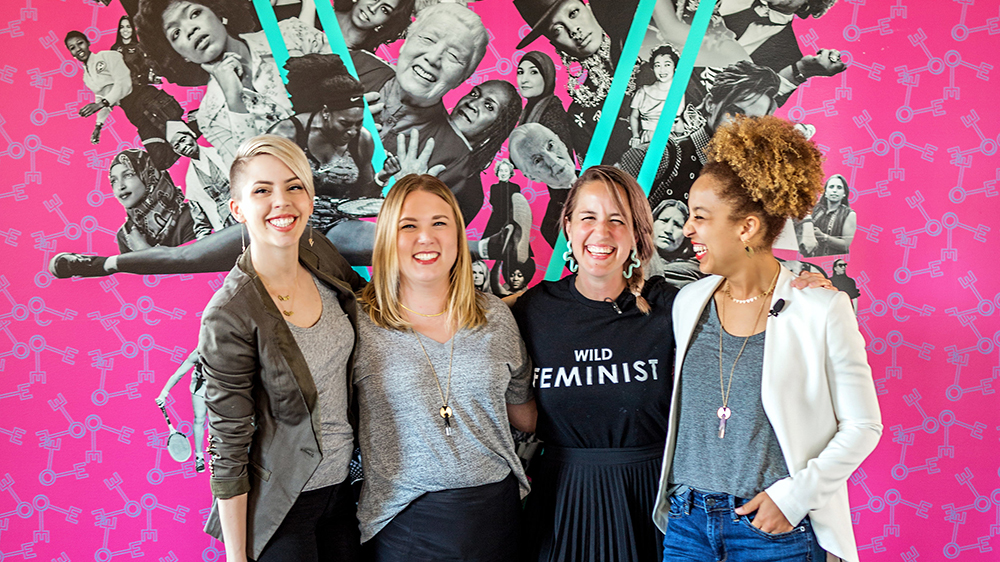 Photo: Courtesy of The Coven

Virginia Woolf’s assertion that “a woman must have money and a room of her own” feels particularly real these days. Blame it on politics, media, popular culture—all of them combined—but more and more the need to carve out a place devoted to our passions and pursuits feels necessary, dire even. And apparently, that urge is reaching a critical mass, thanks to a new kind of women’s club that is making it easier (and more enjoyable) to find a room of one’s own.

The word “club” has varied roots—from the literary women’s groups of the 19th century to the smoky patrician bastions of male privilege of the early 20th century—but the new model for women’s clubs is far more evolved, with a focus on building community rather than advancing social division. Just ask Cate Luzio, a career banker who found Luminary—a 15,000-square-foot establishment in New York’s NoMad neighborhood—this past November. “We purposely don’t call ourselves a club,” she says, explaining she prefers the descriptor “collaboration hub for women.” Luzio believes the potential elitism of old club models can actually be counterproductive. “Moving women around at the top is never going to change the numbers. When you step out of that box, real cross-pollination happens; when you have something exclusive, that doesn’t happen.” To that end, Luminary has an open application process and offers flexible memberships, day passes, and coming this January, a frequent-flier-style program, to allow for members of all backgrounds and socioeconomic statuses.

Clearly, Luminary is no knitting circle—and it’s not alone in its quest. Last March, London’s AllBright opened in an 18th-century Georgian townhouse with the mission to facilitate networking among women to “build their sisterhood” and “remedy the gender imbalance in the business world,” says cofounder Anna Jones says. In Minneapolis, The Coven is built on inclusivity, billing itself as a “creative, comfortable, and safe workspace for women and non-binary folks,” according to the organization’s cofounder Alex West Steinman. And another women’s collaborative space, The Wing, already has three locations in New York, one in Washington, D.C., and another in San Francisco just two years after initially launching.

The Coven, Minneapolis.  Photo: Courtesy of The Coven

Leave it to the modern woman to turn the old club model of entitlement and exclusivity on its head. At The Coven, members include city councilwoman Andrea Jenkins, the first black openly transgender woman elected to public office. The club also sponsors a “five-for-one” community-funded membership program, whereby for every five memberships purchased, the club grants one free. “They’re prioritized to people of the community who have been historically pushed to the margins,” says Steinman.

The new clubs also aim to create holistic spaces that cater to specific female needs. “If you look at women’s lives, what suffers most is wellness and self-care,” Luzio says. “Women need spaces for things like lactation and meditation. We provide a full ecosystem for them.” This includes a fitness studio with classes and a beauty bar. The AllBright also has a salon that offers members and their guests beauty treatments. Aside from a beauty bar with skincare products, The Coven tenders a “Parent + Prayer” room.

If the new brand of women’s clubs aims to be everything to everyone, it seems to be working: The AllBright will open a second branch in Mayfair this spring that, at 12,000 square feet, is triple the size of the original. The Wing has its sights set on openings in Toronto and five more U.S. cities over the next few years. And The Coven has more than doubled its membership in just 10 months. Finally, it seems, we have a room—many of them in fact—of our own.