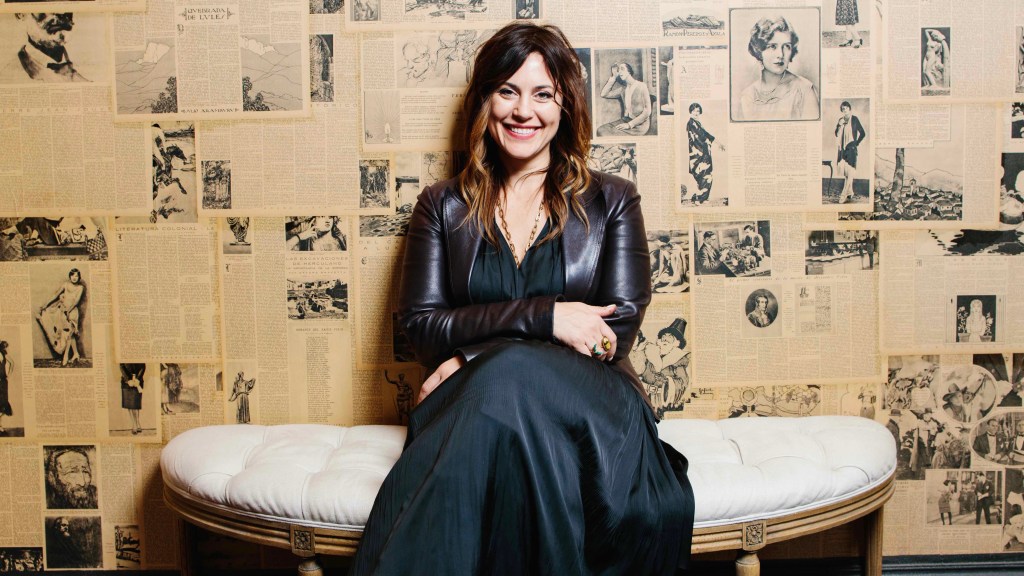 Katrina Markoff’s first-ever Vosges truffle was called the Naga. Inspired by her travels to India, where she spent time with the indigenous Naga tribe of the country’s northern regions, the flavor-packed morsel was a combination of milk chocolate, coconut—and curry. It was delicious.

“That was the moment it occurred to me to use chocolate as a medium for telling the stories of the things I fell in love with along my travels,” the chef says.

For Markoff—the founder of Vosges Haut-Chocolat in Chicago—chocolate is more than just a confection; it’s a cultural conduit. “It’s incredible in its ability to cross cultures. In Sicily, they have a tradition in Modica to make chocolate meat pies. In another part of Italy, they combine chocolate and eggplant. You’ll find little nuances like this all over the world.”

“It’s the most powerful word in the food dictionary because when you say ‘chocolate,’ people always gasp.”

Such customs have inspired Markoff to pair the dark stuff with everything from wasabi and ginger to stout beer and even absinthe. All of her confections are organic and sustainably produced—a surprising rarity in the world of chocolate—and each comes with an incredible backstory, often inspired by Markoff’s own world travels. Toffee laced with South African rooibos tea, super-dark bars infused with Sri Lankan coconut and Hawaiian banana, and Oaxacan truffles composed of Mexican chilies and pumpkin seeds all take our taste buds on a journey around the world.

Here, the queen of cocoa and consummate globetrotter talks the power of chocolate: How it connects us, and how she’s using it to support women around the world.

Chocolate is so versatile. I find it to be more complex than any other food that exists because it can range in its applications from bitter to savory to sweet and beyond. It’s good with red sauces, umami dishes, mushrooms, and meat. I’ve always said that it’s the most powerful word in the food dictionary because when you say “chocolate,” people always gasp.

Why is travel so important to you—as both a chef and a person?

Travel is a connector. There’s a risk and a discovery in it. It’s a vulnerable experience in the best kind of way. When you’re in a new place, you’re trying to assimilate, you’re trying to understand, you’re trying to learn. And, of course, you get to see how wonderful people are in their eagerness to help and show you their culture.

What has been a particularly fun ingredient hunt for you?

Bulgaria produces the world’s finest rose oil and rose water—85 percent of the best of the best comes from there. Traveling for those was a really cool adventure. They only harvest for one month out of the year, and it’s done at night when it’s cool outside. If you smell the roses at night, they’re extremely fragrant—but when you smell them in the sun when it’s hot outside, you can’t smell as much because all of the oil retreats into the stem and roots of plant. I learned so much.

“When you invest in women, you’re also investing in the well-being of their family, and in the education of their children. For that reason, I believe it’s best for the woman to be getting paid directly.”

How would you describe your creative process?

I basically fall in love with a curiosity of mine and get really into whatever it is that I’m exploring. I’ve done collections that are really far out. The Groove Collection comes to mind: It was a study on the African-American influence on America’s musical genres through chocolate. I was flipping through radio stations in the car and heard so much hip-hop, and I got to thinking, “Wow, hip-hop has globally influenced fashion, lifestyle, and design. How? What are its roots?”

I embarked on a journey of learning more about it and realized that it all started because of slavery and call-and-response songs. I collaborated with African-American historian writers, who helped me curate a booklet of what was most powerful at the time in regards to music and foods. We put together a multi-medium experience engaging people to listen to a song, read a story, and eat its accompanying chocolate. It was about the entire vibe and celebration of this music.

I’ve always felt that every brand should have a soul. I loved the idea of an accelerator program—something that would help young female entrepreneurs in high school or college to bring their product to market. We invite these girls to come to the Vosges offices to work across all of our areas—research and development, manufacturing, costs accounting, quality control—because that way, they can get a real sense of how a business works. Right now, we’re working with our second accelerator, a junior at Cornell who has an amazing granola company. I wish I could spend all of my time working on this project because I really love it.

Your team is also working on an initiative to work exclusively with female cocoa farmers. Why is this an important cause for you?

When you invest in women, you’re also investing in the well-being of their family, and in the education of their children. For that reason, I believe it’s best for the woman to be getting paid directly. There are a few farms run exclusively by women that we’re working with now in Haiti and Ecuador, and ultimately, we’d like to be working with an entirely female-run supply chain.

When has a creation of yours failed, and how did you bounce back?

There are definitely new flavors we try that don’t always work. I once made something with dried tomato, and no one cared for it. We didn’t sell any. When times like that happen, I feel sullen for a little while—but then you’ve just got to move on.

One of the things I’ve gotten so practiced at telling myself is that when you have something bad happen at work—you lost the big account, the bank deal doesn’t go through, the person quits—you cannot, no matter what, believe that it’s going to stop you. You have to find another option, and you have to remain calm throughout the process. When you’re negative, you attract negativity. When you’re positive, you attract positive options. You just have to be like, “Well, just watch me. Watch me, because I’m going to figure this one out.”

Bruce Springsteen Fanzine ‘Backstreets’ to Shut Down: ‘End of an Era’