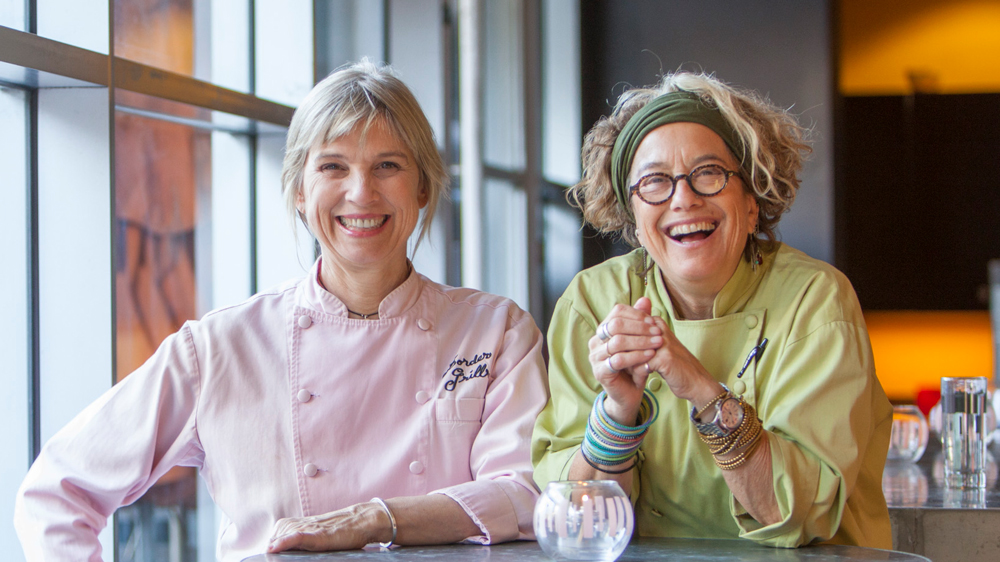 “For us, it’s always been about making great food and being able to affect people in a way that might make a little change in their life,” says Susan Feniger, who, with her longtime co-chef and business partner, Mary Sue Milliken, was given the 2018 Julia Child Award this past summer, making them the first women to receive the accolade.

For 37 years and counting, the restaurateurs—today at the helm of their time-honored Border Grill restaurant in Los Angeles in addition to BBQ Mexicana, a new fast and casual eatery in Mandalay Bay Resort and Casino in Las Vegas—have been at the forefront of the culinary world, pioneering sustainability and global cuisine since the early 1980s, and throughout it all, feeding their appetite for philanthropy. “We’ve never been afraid of really standing up for what we believe,” says Milliken.

Their passion projects have included the Women Chefs & Restaurateurs organization, which Milliken co-founded 25 years ago; the Scleroderma Research Foundation, through which Feniger, a board member, has helped raise nearly $50 million for research; Share Our Strength; the Human Rights Campaign; the Los Angeles Food Policy Council; the Los Angeles LGBT Center; and the James Beard Foundation’s Women in Culinary Leadership program, the latter two of which received $25,000 respectively in grant donations through the chefs’ Julia Child Award win. “Mary Sue and Susan have been amazing mentors to so many; innovators through their restaurants; and educators…with exceptional integrity, independence, and great public spirit through many decades of charitable work,” says award director Tanya Steel. “They embody so many of the traits that Julia herself embodied.”

Susan in the kitchen.

In fact, Feniger and Milliken were mentees of Child, and after the success of their hit Food Network show Too Hot Tamales, they even learned how to navigate the complexities of fame from the larger-than-life cook and TV personality. “At book signings she’d have a huge line that was going to take hours and hours, and yet she would take an extra minute or two just to connect eye to eye with each person and ask them about themselves with genuine curiosity,” remembers Milliken. “It made a huge impression on me, on how to be out there in the world and deal with celebrity and have a place of respect in the community—it was always something that stuck with me.”

Today, after decades in the kitchen and in the limelight, the chefs show no sign of slowing down. Next up is Socalo, a new all-day Mexican restaurant in Santa Monica, Calif., slated for 2019 that will serve up Tijuana-inspired specialties, small-batch tequilas, and craft beers. Plus, of course, another bighearted undertaking: the opening of the Los Angeles LGBT Center’s Anita May Rosenstein Campus in West Hollywood on the 50th anniversary of the beloved institution. The site will offer housing for low-income individuals and feature a commercial kitchen where a 12-week culinary training program will be hosted. “It’s the largest LGBT center in the world,” notes Feniger. “There’s nothing like it anywhere.”