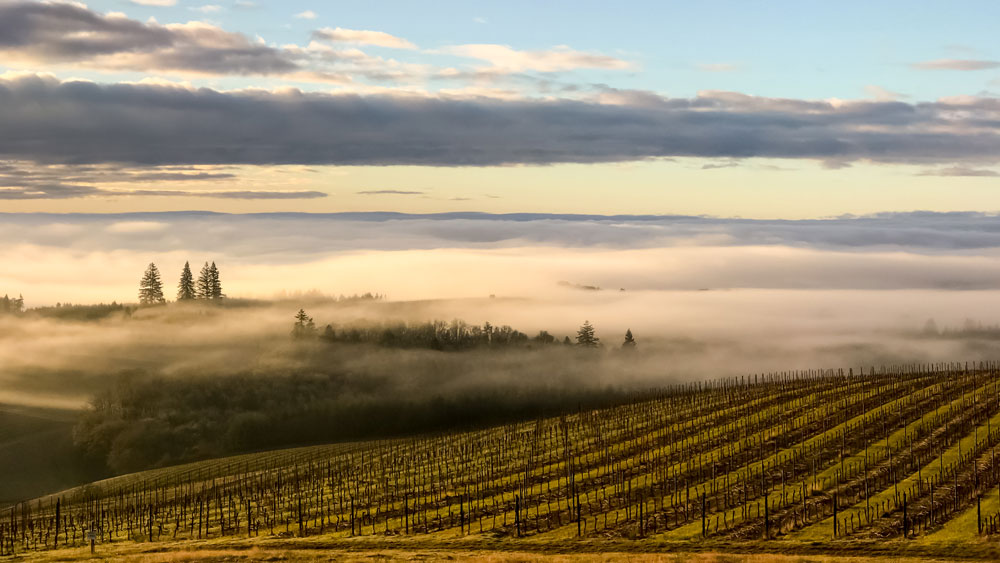 For a remarkable number of wine lovers, meeting for a “glass of wine” really means meeting for a glass of Chardonnay. This favorite white is the most-purchased wine in the U.S., by a long shot. And in its meteoric rise in popularity is a reflection of our drinking patterns themselves: We love to find a new darling and jump on the bandwagon. As Americans discovered Chardonnay, through the 1970s and ’80s, some of the old favorites (Riesling, Chenin Blanc…) were ripped off much of California’s vineyard land in favor of Chardonnay, and there’s a veritable sea available now.

The grape variety’s historic home is France’s Burgundy region, where, if the wine is red, it’s (most often) Pinot Noir, and if it’s white, it’s Chardonnay. Where Chard is grown in California, though, the weather is warmer. The grapes get riper and lose some of their bright acidity. Not to worry, though, a prevailing market taste developed for soft, ripe whites. Winemakers amplified the effect through a second fermentation (called malolactic); it’s common in winemaking, but in Chardonnay, if the fruit didn’t have great acid to start with, it makes the wines not only fat, but buttery. And they gussied the wines up with sexy new oak barrels. What transpired was that a whiff of spicy oak and butter became the hallmarks of California Chardonnay, the familiar—one might say safe—spot for millions of drinkers.

Millions of drinkers are not wrong, of course. We all deserve the glass we love after work on a Friday night. And to be fair, these are broad strokes. Many makers of high-end Chardonnay in California have been balancing all these elements in exquisite wines. But still, buttery, oaky California Chardonnay persists.

Those who have grown tired of big Chardonnay need only look one state north for a very different, and extremely refreshing, take on the grape. Oregon winemakers have been quietly honing their techniques in both the vineyard and the cellar, and are producing a growing number of bottles that are fresh and bright compared to their California counterparts, layered with somewhat leaner fruit flavors and savory minerality.

Chardonnay is not a new effort in the Willamette Valley. Back in the late 1960s and the ’70s, as pioneering winemakers tried their luck with Pinot Noir, they planted some Chardonnay, too. In a valley that shares a latitude with Burgundy, it made sense to plant the Old World region’s native white grape as well as its red. But, except for a handful of producers, it didn’t go well early on. Chardonnay wasn’t planted in the best places, and less effort was spent on learning how to grow it well than on perfecting Pinot Noir. Hence, Pinot—wonderful, to be sure—became Willamette Valley’s calling card.

It’s time to look again. Many Willamette Valley producers have thrown the considerable know-how they’ve gained through the decades into Chardonnay. They’re seeking out great vineyard sites to plant the white, and expending as much effort in growing and making it as they do on Pinot Noir. The variety’s signature apple and pear fruit flavors are there, but beyond is a beautifully different breed of Chardonnay—crisp, aromatic, energetic. These are wines that just might share more with white Burgundy than they do with California Chardonnay.

Delicate but vibrant and aromatic, with fresh apple and pear flavors underlined with almond and savory saline notes ($36).

Exotic citrus and orchard blossoms on the nose give way to mouth-filling, creamy lemon, apple, and peach ($63).

Flint and white blossoms lead to a savory mix of green apple and minerality ($40).

Margot Robbie’s Most Stylish Moments Over the Years